Everything you need to know about the continental decider, including the date and time, and TV coverage 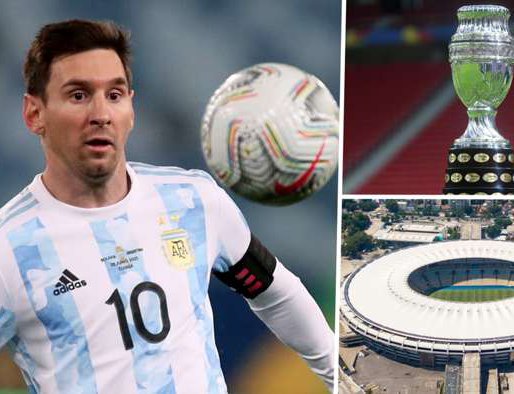 Brazil became the surprise last-minute host of Copa America 2021 after it emerged that Argentina and Colombia would not be able to co-host the South American tournament.

The fourth Copa since 2015, the likes of Lionel Messi and Neymar have been to the fore, with Argentina and Brazil among the favourites to lift the coveted trophy.

With the competition heading towards a conclusion, Goal brings you all you need to know about when the final is, how to watch it on TV and more.

Due to time difference, in the United Kingdom (UK), it will strictly take place on Sunday July 11 at 6 am NST.

Fox Sports 1 and Univision will show the Copa final on TV in the U.S., with streaming platforms such as the TUDN app, Univision NOW and the Fox Sports app also showing the game.

Brazil will play Argentina in the Copa America 2021 final. The teams were confirmed on Wednesday July 7 (in the UK) following the conclusion of the second of the two semi-final games.

Maracana Stadium in Rio de Janeiro will host the Copa America 2021 final. It is the second Copa final in a row that the iconic venue will host, having last been the stage for the 2019 Copa America final, and the third time overall.

Situated in the Maracana region of Rio de Janeiro, the stadium is one of the biggest football grounds in the world and has played host to two World Cup finals as well as the Olympics.

First opened in 1950, its current capacity comes in at just under 80,000 for football matches, but the venue remarkably held nearly 200,000 spectators in the past.

How many fans can attend the Copa America 2021 final?

Fans are not expected to be permitted to attend the Copa America 2021 final due to public health restrictions aimed at curbing the spread of Covid-19.

No spectators have attended any of the competition's games and, while there have been some rumors of a limited number being allowed into the Maracana, nothing official confirms that suggestion.

South Korea Reaches To Knockout Round Defeating Portugal By Agencies 1 day, 4 hours ago

World Cup 2022: Australia Advanced To The Round Of 16 By NEW SPOTLIGHT ONLINE 2 days, 20 hours ago

US Defeats Iran Reaching Quarterfinal Of World Cup 2022 By Agencies 4 days, 4 hours ago

England Advances To The World Cup 16 By Agencies 4 days, 4 hours ago