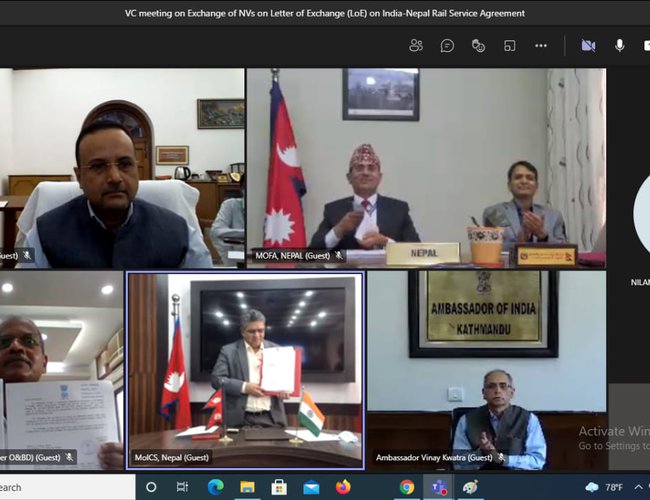 Nepal And India have signed a Letter of Exchange (LoE) to the India-Nepal Rail Services Agreement (RSA) 2004. A virtual ceremony was held on 9 July 2021 to exchange Notes Verbales and signed copies of the LoE, between the two governments.

From the Indian side, the ceremony was led by i Sanjay Kumar Mohanty, Member (Operations and Business Development), Ministry of Railways. From the Nepalese side, it was led by Dinesh Bhattarai, Secretary, Ministry of Commerce, Industry and Supplies.

According to a press release issued by The Embassy of India Kathmandu, the ceremony was conducted in presence of Ambassador of India to Nepal Vinay Mohan Kwatra, the Ambassador of Nepal to India, Nilamber Acharya, Joint Secretary (North), Ministry of External Affairs of India, Anurag Srivastava and Joint Secretary (South Asia), Ministry of Foreign Affairs of Nepal, Tirtha Raj Wagle. Also present were representatives from the two Embassies and concerned Ministries of both the Governments.

This liberalization will allow market forces to come up in the rail freight segment in Nepal and is likely to increase efficiency and cost-competitiveness, eventually benefiting Nepalese traders, transporters and the consumer.

Further, after this LoE, all kinds of cargoes in all categories of wagons that can carry freight on the Indian Railways network within India can also carry freight to and from Nepal.

The liberalization will particularly reduce transportation costs for automobiles and certain other products whose carriage takes place in special wagons. Wagons owned by Nepal Railway Company will also be authorized to carry Nepal-bound freight (inbound and outbound on Kolkata/Haldia to Biratnagar/Birgunj routes) over the Indian Railways network as per IR standards and procedures.

The LoE also updates several other portions of the India-Nepal RSA and brings those in line with the latest operational and infrastructure status of Indian and Nepalese Railways. It, therefore, marks another milestone in India’s efforts to enhance regional connectivity under the “Neighbourhood First” policy. 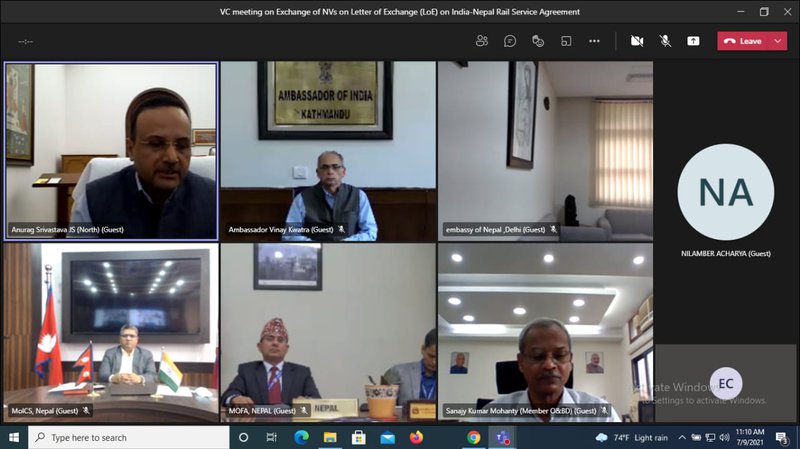 16 Day Of Activism Against Gender Based Violence By NEW SPOTLIGHT ONLINE 2 days, 1 hour ago

World AIDS Day 2022: The AIDS Response Is In Danger By NEW SPOTLIGHT ONLINE 2 days, 22 hours ago