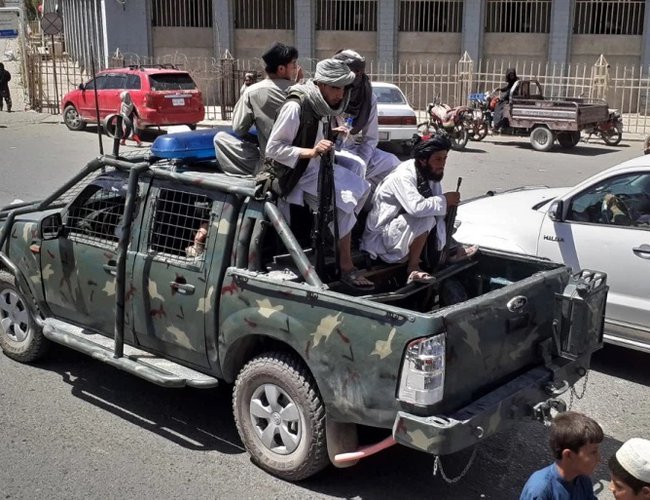 Afghanistan is tipping towards civil war and the West must understand that the Taliban is not a single entity but a title for a myriad of competing interests, the United Kingdom’s defence minister says.

“Britain found that out in the 1830s, that it is a country led by warlords and led by different provinces and tribes, and you end up, if you’re not very careful in a civil war, and I think we are heading towards a civil war,” Defence Secretary Ben Wallace tells the BBC.

“The Taliban is not entirely a single entity, they break down underneath the title into all sorts of different interests,” Wallace said.

“An inability to seek safety may risk innumerable civilian lives. UNHCR stands ready to help national authorities scale up humanitarian responses as needed,” a spokesperson for the agency says at a briefing in Geneva.

The World Food Programme sees food shortages in Afghanistan as “quite dire” and worsening, a spokesperson adds, saying the situation had all the hallmarks of a humanitarian catastrophe.

The Afghanistan conflict is taking the heaviest toll on displaced women and children, the UN Refugee Agency (UNHCR) has said.

We are particularly worried about the impact of the conflict on women and girls. Some 80 per cent of nearly a quarter of a million Afghans forced to flee since the end of May are women and children,” UNHCR spokesperson Shabia Mantoo said at a press briefing in Geneva.

Some 400,000 people have been forced from their homes since the beginning of the year, joining some other 2.9 million Afghans who remain internally displaced across the country, Mantoo said.

Zelenskyy Meets With EU Leaders By Agencies 20 hours, 40 minutes ago