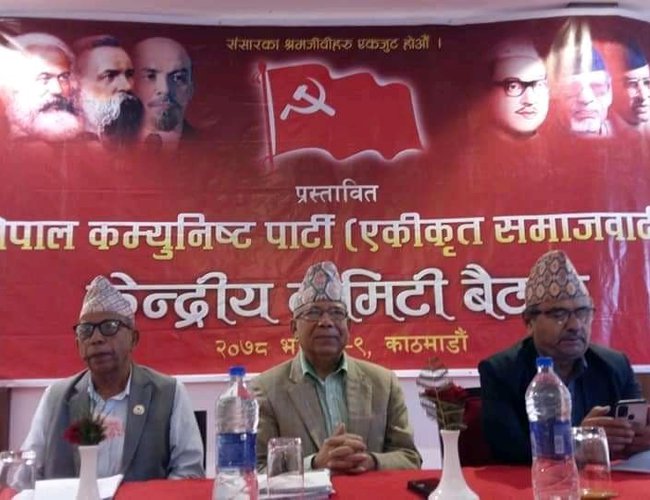 Chairman of newly formed Communist Party of Nepal (CPN -Unified Socialist) has made it clear that his party has set a goal to move forward on the path of socialism by protecting the norms and values of people's multi-party democracy.

The two-day meeting of proposed central committee members and lawmakers of the party held at Chandragiri passed the party's statute. Some members, including Madhav Kumar Nepal, have left the CPN (UML) and formed a new party, the CPN (Unified Socialist).

The CPN (UML) also has adopted the people's multi-party democracy as its guiding principle.

It is believed that freedom with equality could be achieved by ending oppression and discrimination, and the party statute mentioned that party's strategic goal is scientific socialism.

The statute mentioned that building a basis for socialism along with social justice and democratic norms and values by developing national capitalism with the country's socio and economic transformation through peaceful struggle and democratic means are the short-term goals of the party.