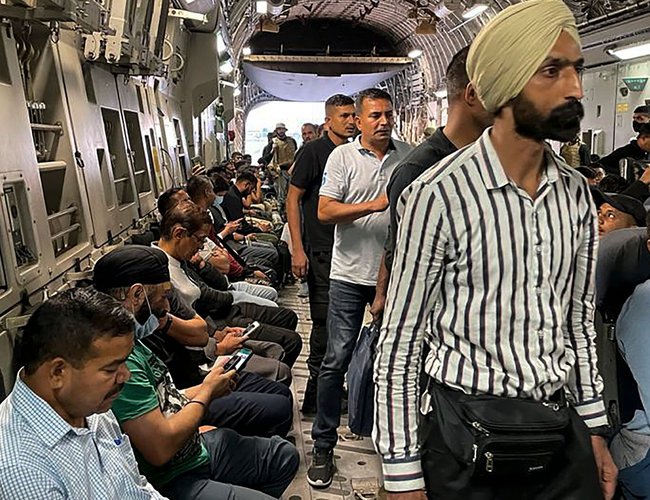 The fate of around 210 Afghan Sikhs and Hindus, who were scheduled to be airlifted to India, hung in balance on Thursday after two powerful explosions were reported near Kabul’s airport on Thursday.

Speaking to The Indian Express over phone, Kulwinder Singh, who along with other Afghan Sikhs and Hindus have taken shelter at Gurdwara Dashmesh Pita Guru Gobind Singh Karte Parwan in Kabul, confirmed that all of them were safe. “None of us were on the way to the airport or at the spot when the explosions happened,” he said.

Since Wednesday, a batch of at least 140 Afghan Sikhs and Hindus, have been trying to reach Kabul airport in order to be evacuated to Delhi by air. The group, however, had to return back to the gurdwara at around 2 am on Thursday morning after one bus ferrying them came under gunfire near the airport. Luckily, no one was injured in the incident and all the members of the group returned back to the gurdwara safely.

With explosions killing people outside the airport now, the group members said that their wait to return to India may become more prolonged now. Despite being merely 10km from the airport, their journey back to India felt like an ‘eternity’ in waiting, they said.

One of the Afghan Sikhs said that they had to return to gurdwara around 2 am on Thursday morning after the Taliban opened fire outside the airport.

Zelenskyy Meets With EU Leaders By Agencies 20 hours, 36 minutes ago