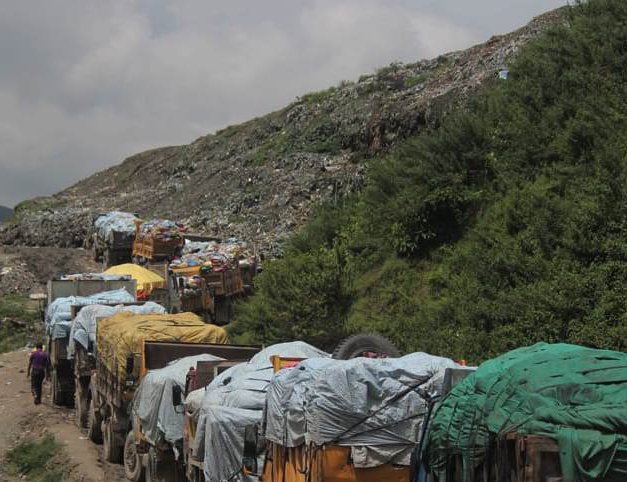 Local residence of Sisadole landfill site and Kathmandu Metropolitan City (KMC) signed 9 points agreement to resume dumping of garbage collected in Kathmandu. Under the agreement, local population will lift the obstruction allowing garbage to dump in the area.

Due to obstruction created by the locals, the uncollected garbage piled up in different parts of city. Mayor of the Kathmandu Metropolitan City (KMC) Bidya Sundar Shakya has said that the piles of garbage standing at the roadside in the city will be picked from Wednesday.

"Garbage has been collected from the city every day but it has not been picked up in the amount it should be usually. However, tomorrow onwards, all the piles of garbage will be picked and taken to the dumping site," mayor Shakya said, trying to dismiss the fact that it has been almost a month since garbage collection has been halted in the city and stinking piles are littered around on the city corner.

With a view to settling problems related to garbage in Kathmandu, a meeting was held, coordinated by mayor Shakya with Kathmandu district Chief District Officer, director-general of Department of Road and the senior superintendent of police on Tuesday.

The meeting also decided that the Department of Road will construct the road to Banchare Danda, a new dumping site, while the KMC will bear the cost of construction. Mayor Shakya said construction work has already been initiated. However, for the time being, the garbage will be taken to Sisdol, the dumping site being used for the last 16 years.

One Died And Scores Of Building Damage In The Bajura Earthquake By Agencies 3 days, 6 hours ago