Climate change is a phenomenon of change in climate of a place for a significantly long period due to various causes. 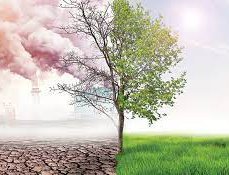 Climate is an average statistical weather pattern of a large geographical area over a period of 30 years, for an example. Since 1950 A.D. the global climate has changed significantly to alter the weather phenomena permanently in various places of Earth. Nepal has also seen the changes in its weather pattern over the last 5 decades.

Although Nepal contributes only about 0.027% of the total greenhouse gas emission, it is also experiencing the effects of climate change and it will be likely to face more severe climate disasters in the coming days.

According to a study, the temperature of Nepal has increased by 0.06 Celsius per year due to various greenhouse gases and pollutants emitted globally. If the temperature continues to increase, it will have a greater impact on Nepal’s water resources. The fast melting of snow will likely dry rivers and rivulets. Similarly, the glacier lake outburst will increase the flood and change in the rain pattern will further intensify it. Due to these various reasons, we can conclude that Nepal is also facing negative impacts of climate change.

Climate change is a phenomenon of change in climate of a place for a significantly long period due to various causes. Climate change has been deeply studied by the scientists from all over the world using statistical data, satellite image, Antarctica expeditions, investigations of vulnerable places and computer models.

Due to increase of generation of green house gases, climate has changed drastically in the last few decades. It has become a serious issue. For this, we humans are responsible for it. As there is an increase in the industries and vehicles, pollution is also increasing. Due to an excessive increase in level of pollution, the climate change will further intensify. The air around us has become toxic and polluted and it is very harmful to breathe because of this. These toxic air pollutants cause serious diseases.

Nowadays we see excessive rain in some areas and extremely low rain in some areas, these all are because of change in climate. Human activities, primarily the burning of fossil fuels and clearing of forests have intensified the natural greenhouse effect, causing global warming.

With so much activities, we have already damaged the earth. These changes that we have caused to the ecosystem are not reversible. The only thing we can do is try to make the biosphere a better place to live in. As the level of pollution has continued to increase and temperature is rising, the earth’s temperature will rise day by day leading to the extinction of human life. We have to work to reduce carbon emissions to reduce the negative impacts of climate change all over the world. Starting from ourselves is the best solution to fight against the climate change and make our planet the same as it was before.

As Dr. Martin Luther King eloquently put it in 1968, human progress “never rolls in on the wheels of inevitability. It comes through the tireless efforts and the persistent work of dedicated individuals.

If all the people get involved in doing activities that have no negative impact on climate, we can bring change and sustain our environment as the most viable for humanity. One should start from oneself, then only the impacts of climate change can be reduced.

(Poudel is a student of Class XI)

99 Nepali Workers Set Out To Israel By NEW SPOTLIGHT ONLINE 3 days, 12 hours ago

India Should Stop All Unilateral Steps Such As Construction And Expansion Of Roads In Nepalese Territory In Kalapani, Limpiyadhura And Lipulek: Nepal Government By Agencies 1 week ago