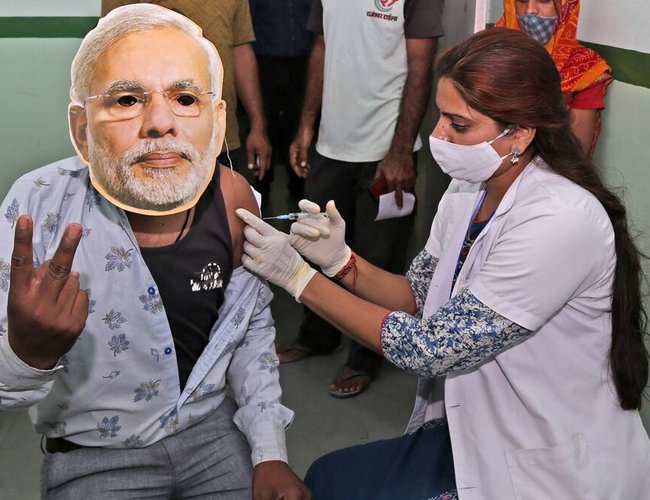 A major chunk of the vaccines were administered in large BJP-ruled states, with Karnataka, Bihar, Uttar Pradesh, Madhya Pradesh and Gujarat accounting for more than 20 lakh doses each.

Two-and-a-half crore Covid-19 vaccine doses were administered across the country Friday, the highest in a day since the drive began in India on January 16, in a push announced to coincide with Prime Minister Narendra Modi’s birthday.

A major chunk of the vaccines was administered in large BJP-ruled states, with Karnataka, Bihar, Uttar Pradesh, Madhya Pradesh and Gujarat accounting for more than 20 lakh doses each.

“Every Indian would be proud of today’s record vaccination numbers. I acknowledge our doctors, innovators, administrators, nurses, healthcare, and all front-line workers who have toiled to make the vaccination drive a success,” Prime Minister Narendra Modi tweeted.

As per provisional data till midnight, 2,50,10,390 vaccine doses in all were administered Friday — taking the cumulative number to 79.33 crore vaccinations. With Friday’s record vaccinations, 63% of the estimated adult population has received its first dose while 21% are fully vaccinated.

Friday’s record was mainly the result of efforts anchored by government nurses and ASHA workers, deployed at the block level, for the mobilization and administration of vaccines. In comparison, Australia, for example, has administered 2.38 crore doses in the entire six months of its immunization drive.