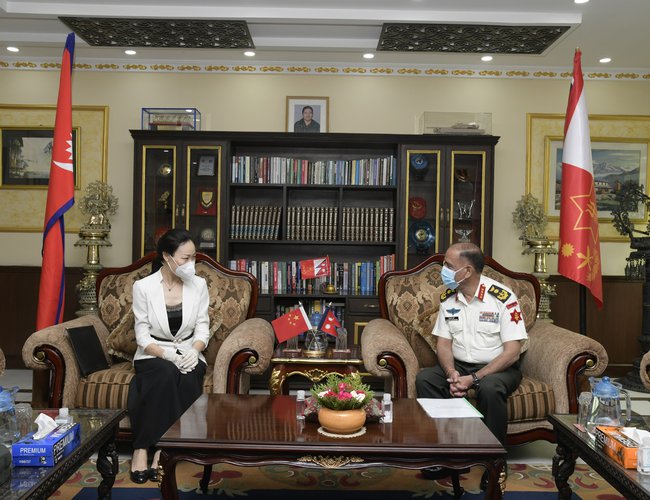 Chinese Ambassador to Nepal Hou Yanqi has paid on a courtesy call to Chief of Army Staff (COAS) General Prabhu Ram Sharma amid a function at Nepal Army Headquarter.

During the meeting, they discussed matters related to bilateral relations and mutual between the two countries. According to a press release issued by the Public Relations and Information Directorate of Nepal Army, Nepal Army expressed the hope that this kind of meeting helps further strengthens the existing bilateral relations between two countries and mutual interest. 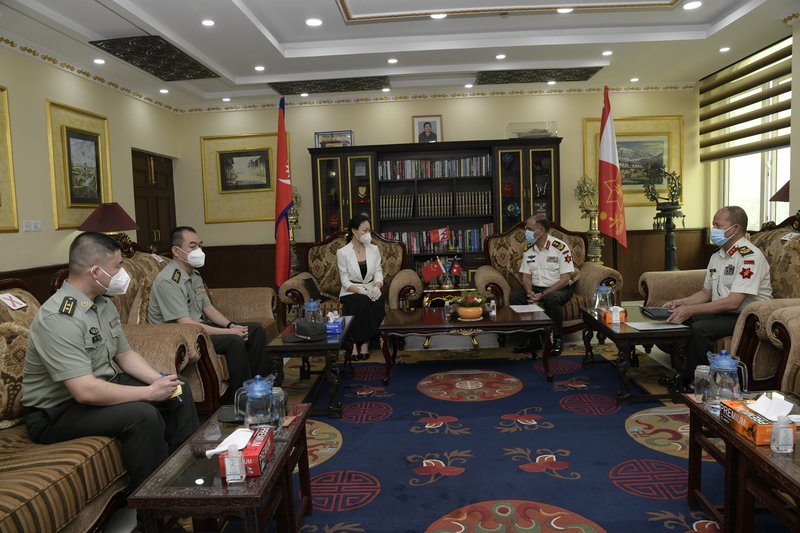 European Parliamentarian Delegation: Visit For Cause By NEW SPOTLIGHT ONLINE 2 days, 11 hours ago