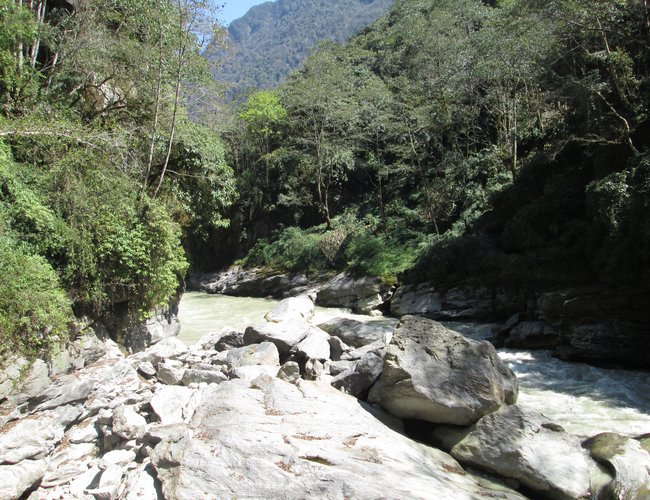 Just a few weeks after resuming his second tenure as the Managing Director of Nepal Electricity Authority (NEA), Kul Man Ghising has started to implement a plan for sustained, uninterrupted and qualitative electricity supply.

Tired of frequent power cuts without notices over the last one year, consumers have been demanding quality and uninterrupted power supply. Rejoining NEA as its MD for the second tenure, Ghishing has already announced that his focus in this tenure will be to provide quality and regular electricity supply to the consumers.

MD Ghising is well aware of the fact that a few big reservoir projects are a pre-requisite to meeting this need. Thus, NEA has decided to push the construction of reservoir and semi-reservoir hydropower projects with priority. 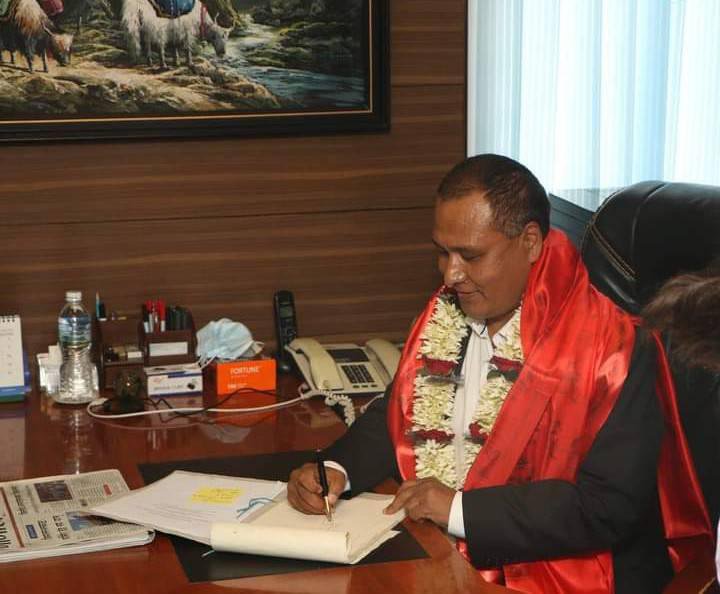 MD Ghising said that the NEA is currently working to complete the Detailed Project Study Report, pre-paring documents for pre tenders of contractors, construction of access roads, land acquisition. He said NEA has already started discussions with national and international bilateral and multilateral financing agencies for financial management in parallel.

MD Ghising said that NEA is pushing the reservoir and semi-reservoir projects for matching supply and demand and exporting the remaining electricity in other countries. “We have been doing homework focusing to start the projects within a year,” said MD Ghisinig.

Ghising said discussions were underway with the European Investment Bank (EIB), Asian Infrastructure Investment Bank (AIIB) and the Korean Exim Bank for investment in the Dudhkoshi, bankrolled by the Asian Development Bank (ADB) through the Ministry of Finance. "We will raise money by issuing shares to the general public under Nepal's Water, People's Investment program implemented by the government. The return from the project will reach the citizen level," he said.

The investment for Upper Arun and Chainpur Seti will be mobilized by issuing shares to the general public through the program. The estimated base cost of Dudhkoshi is US$ 1.53 billion (approximately Rs. 178 billion) and the total cost, including interest for the construction period and taxes, is estimated at around US$ 2 billion. Among the studied reservoir projects, Dudhkoshi is considered to be relatively cheap and attractive in terms of cost and energy production.

The study has shown that out of 3.44 billion units of energy generated annually from the projects which fall in Khotang, Okhaldhunga and Solukhumbu districts, 1.36 billion and 2.8 billion units of energy will be generated in the winter and the rainy season respectively. The project has already issued a public notice for the construction of access road and acquisition of about 13,000 ropanis of land in Khotang in the flooded area above the dam construction site.

The process of land acquisition in Okhaldhunga and Solukhumbu will start soon. The construction of the project is estimated to take seven years. The generated electricity will be connected to the national grid through the proposed Sunkoshi-Dhalkebar 400 kV transmission line. Ghising said that the semi-reservoir Upper Arun would be given high priority and would be promoted as a 'game changer' project.

Under the People's Hydropower Program, the four-digit capacity of the project (1061 MW) and the largest ever project being constructed by the NEA, the public will have 49 per cent of the total share, concessional loan of financial institutions such as World Bank and European Investment Bank and investment from domestic financial institutions, Employees Provident Fund, Citizens Investment Fund.

The federal, provincial and local governments will also invest in the project. The estimated cost of the project is about 1.2 billion excluding interest during the construction period. NEA plans to raise 30 per cent of the total cost from equity and 70 per cent from loans.

The project will generate 4.53 billion units of energy annually. NEA has moved ahead with the 30 MW Ikhuwa Hydropower Project to be a part of Upper Arun.

Chainpur Seti in Bajhang will be promoted as a game-changer project in the far western region. The federal, provincial and local governments, the project affected and the general public across the country will invest in the project to be constructed under the People's Hydropower Program.

With vision and dedication, MD Guising has proved in his first tenure that ending decades old load shedding was possible. Announcing to start storage and semi-storage projects, MD Guising has indicated that this tenure is for him to shift Nepal’s reliance from run-off-the river project to more dependable and reliable storage projects.