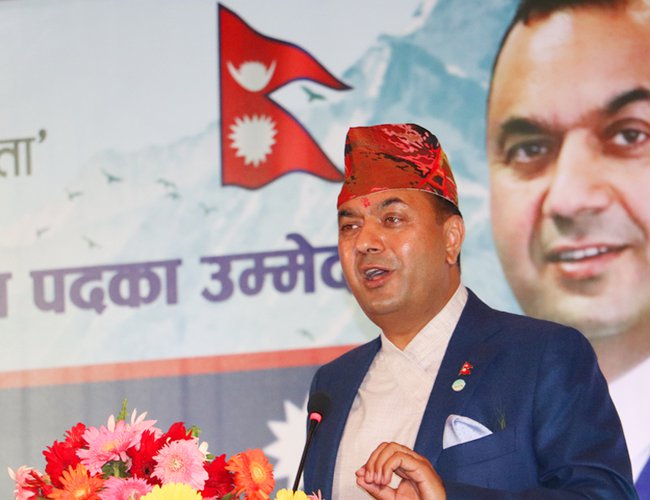 Kul Acharya, advisor of the Non-Resident Nepali Association (NRN) has announced his candidacy for the post of NRN president in presence of large numbers of senior NRN members amid a function in Kathmandu.

He has also announced to investigate the scandal related to ILO. Announcing his candidature, former vice president of NRN Acharya said that he will expose all the irregularities committed inside the NRN. 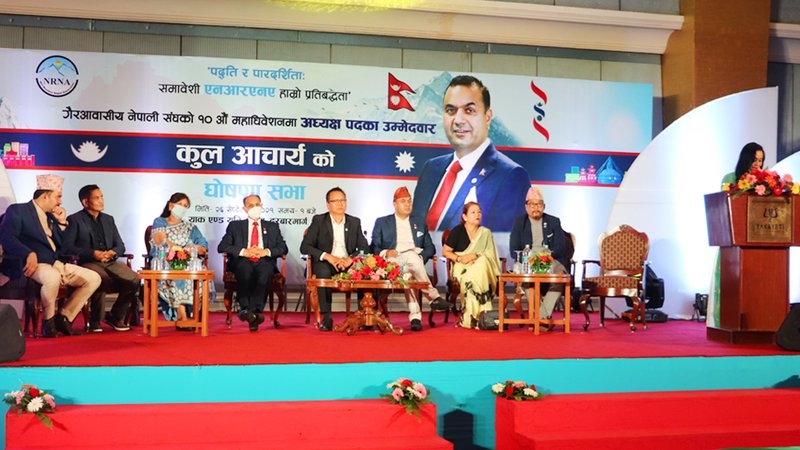 He said that his aim is to make NRN a common platform for all Nepalese leaving in different parts of the world. “I will give priority to the citizenship, property rights and passport-related issues of NRN.

He said that his two years tenure will focus to unite NRN’s from all over the world and support efforts to make foreign employment regular and respectable.