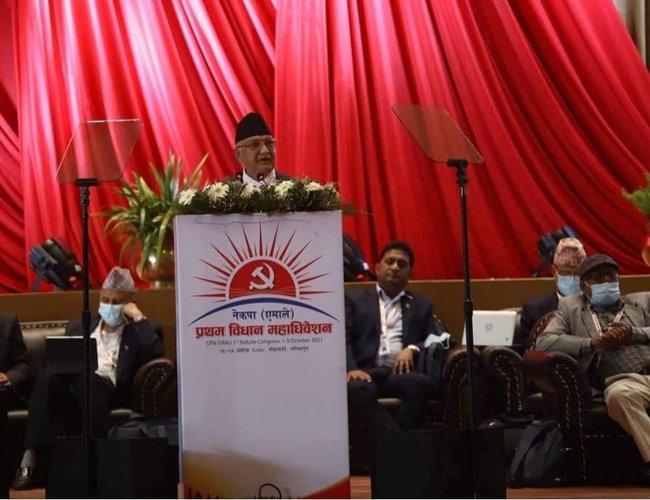 The first statute general convention of the CPN (UML) has kicked off at Godawari-based Sunrise Conference Centre.

Pointing to his colleague former PM Madhav Kumar Nepal and his faction, Oli said that they would disappear from the earth.