As the differences among the ruling coalition are growing, main opposition CPN-UML is busy preparing for its convention 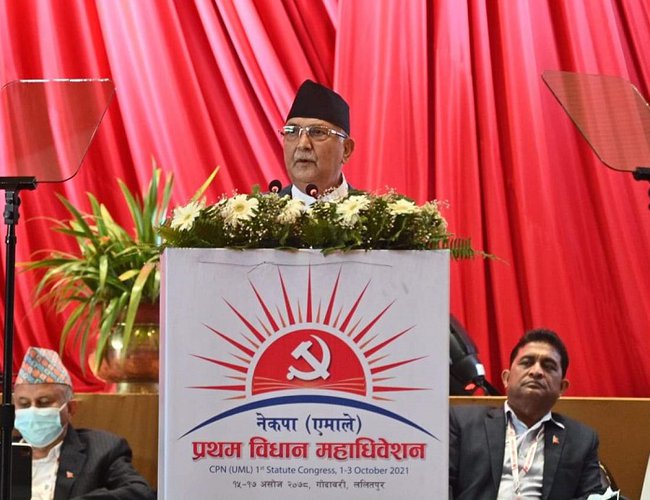 As the CPN-UML Central Committee meeting has endorsed the report presented by Chairperson of the CPN (UML), KP Sharma Oli, it will be now tabled at the legislative general convention of the party. The central committee meeting also discussed organizational report and draft of statute amendment.

Scheduled for October 1-3, the legislative general convention of the CPN (UML) was likely to endorse the statute amendment and organizational report to pave way for the General Convention.

"Legislative general convention should be conducted in a systematic, united and dignified manner. We have internal problems as well as national political problems. Discussion should be held on these matters,” said Oli, former PM and chairman of the party.

“It is necessary to engage in preparation of party's 10th national general convention scheduled in the last week of November as well as local level election." Oli urged UML members to unite for party’s upcoming statute convention.

Split recently, CPN-UML is facing major challenges for consolidation of its earlier position. With a vertical division of the party all over Nepal, CPN-UML has already lost three provincial governments.

Given the present situation, main opposition party CPN-UML will be likely to lose two remaining provincial governments of Province 1 and Bagmati Province at any time.

Despite returning to mother party, rebel members are still putting pressure on former PM Oli to accommodate all of them in the position agreed upon. However, it is not easy for Oli to accept all their demands.

“All of us need to adjust and accommodate with each other in the party burying the differences. Only our message of unity will give our party new life,” said chairman Oli. 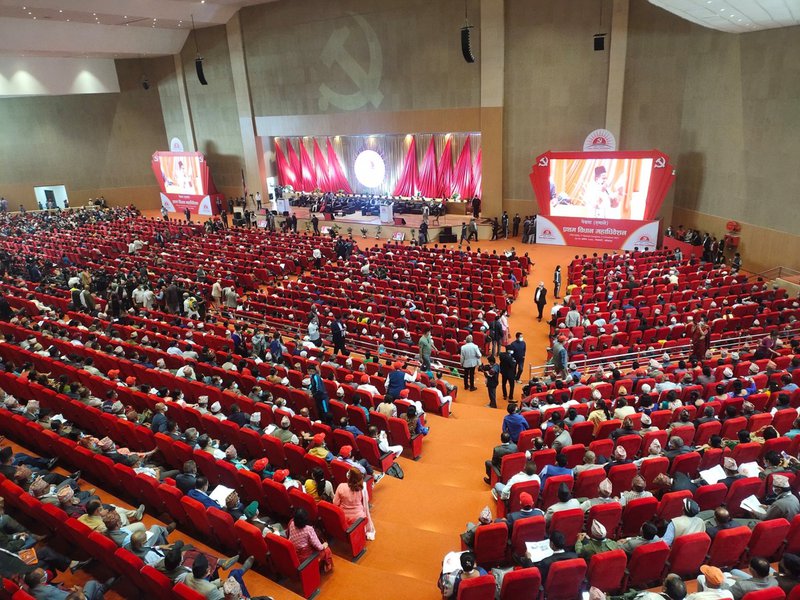 Chairman Oli said that the management of the statute convention should be moved forward along with the report presented with the recommendation of the standing committee.

“The statute convention should be held in a managed, united and dignified manner. Discussions need to be held to resolve the issues of the party with internal and national politics. We must all come together for the preparation of the local elections after the 10th National Convention of the party,” Oli said.

Although CPN-UML is showing aggressive positions with sign of strength and unity, it will take a long time for the party to fill the dent made on it by its split under the leadership of Madhav Kumar Nepal.