Nepal Reaches To SAF Final After 1-1 Draw Against Bangladesh

Nepal Reaches To SAF Final After 1-1 Draw Against Bangladesh 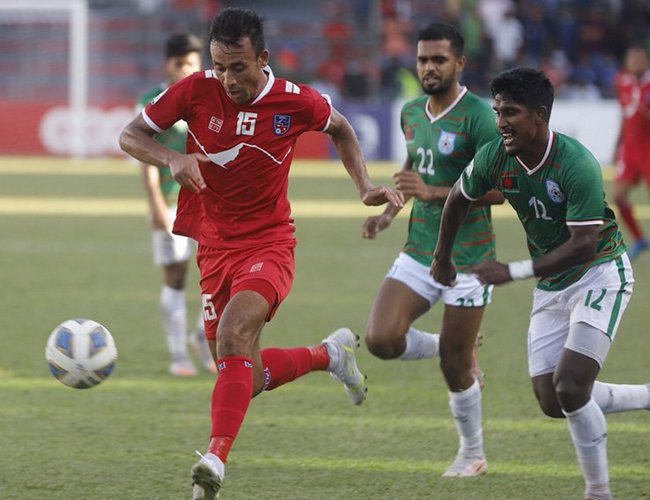 In today’s match played under Round Robin League, Nepal made 1-1 goal draw against Bangladesh which was limited to 10 players.

Suman Rija of Bangladesh had netted the first goal in the ninth minute of the match held at Male-based National Stadium. Nepal’s Anjan Bista had levelled up the goal in a penalty shootout in the 88th minute.

According to National News Agency, the final match of the tournament is scheduled to take place on coming Saturday.