Aryan Khan, 7 Others To Remain In Judicial Custody Till October 30

Aryan Khan, 7 Others To Remain In Judicial Custody Till October 30 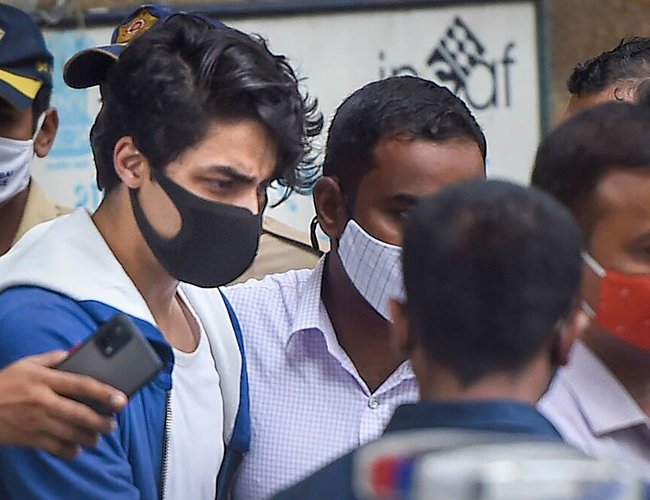 Aryan Khan and seven others will remain in judicial custody till October 30, a special court in Mumbai ruled. Meanwhile, actor Ananya Panday, along with father Chunky Panday, left from the NCB office after being questioned in the cruise ship drug raid case.

A team of the Narcotics Control Bureau (NCB) had reached Shah Rukh Khan’s Bandra residence ‘Mannat’ and actor Ananya Panday’s home earlier on Thursday. It is learnt that NCB officials met Panday and asked her to join the probe. This, following details the NCB, claimed it obtained from a purported WhatsApp conversation on Aryan Khan’s phone.

The Bombay High Court Thursday said the bail plea of Aryan Khan — who has been in custody now since October 3 in a drugs case filed by the Narcotics Control Bureau — will be heard next Tuesday. Advocate Satish Maneshinde mentioned the matter before the single-judge bench of Justice Nitin W Sambre this morning. Co-accused Munmun Dhamecha’s bail plea will also be heard on October 26 and the NCB can file a reply to Khan’s plea on Monday, the court said.