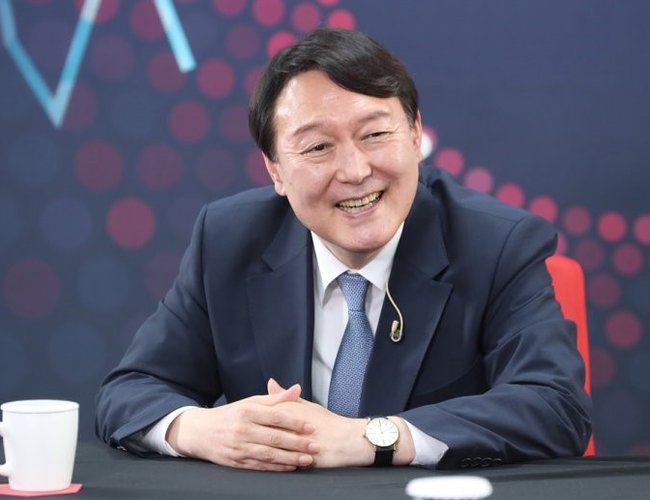 The conservative People Power Party chose Yoon from four candidates at a convention in Seoul on Friday.

Yoon overtook veteran lawmaker Hong Joon-pyo, who had been close behind, in party member voting and public opinion polls.

Yoon had been appointed prosecutor general by President Moon Jae-in but resigned in March this year.
He clashed with the Moon administration after leading a corruption probe involving key officials, and differences over its push for prosecution reforms.

After resigning his post, Yoon joined the People Power Party despite his lack of political experience. He has harshly criticized the Moon administration and expressed eagerness for his party to retake power for the first time in 5 years.

It appears the upcoming election will be a neck-and-neck contest between Yoon and the ruling Democratic Party candidate, Lee Jae-myung, who served as the governor of Gyeonggi Province.

In South Korea, a president can only serve one five-year term. The election to pick Moon's successor is scheduled for March 9.

President Biden In State of Union Exhorts Congress: ‘Finish The Job’ By Agencies 58 minutes ago