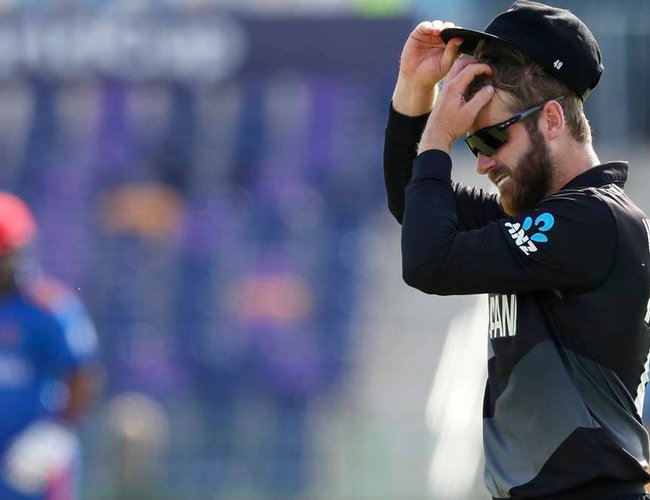 Chasing 125 for victory, New Zealand were never under any pressure to go after Rashid. Afghanistan batsmen, on the other hand, looked clueless against Trent Boult’s pace and swing.

Afghanistan won two and lost three games in the Super 12. The whole of India wanted them to beat New Zealand to keep Virat Kohli's team in the competition but the Black Caps proved too good for them

New Zealand are through to the semifinals. India will pack their bags and go home. Another ICC event failure for the game’s superpower, this time at the group stage.

Through their cultured dismantling of Afghanistan in a virtual quarterfinal, the Kiwis showed why they thoroughly deserved to reach the last four at India’s expense. Yet again, Trent Boult rose to the occasion with three wickets – he has been hurting India since the 2019 World Cup. Support around him was excellent. Kane Williamson anchored the chase with 40 not out and putting on a 68-run partnership with Devon Conway (36 not out) for the third wicket. After restricting Afghanistan to 124/8, New Zealand’s win became a formality.

It was, in fact, wicketkeeper Conway’s scalp, a catch taken through brilliant acrobatism.

Boult and Southee made their presence felt soon, removing Hazratullah Zazai and Rahmanullah Gurbaz. At 19/3, Afghanistan were gasping for breath and India were resigned to their fate.

Lacking allround quality for the top level, Afghanistan’s batting has always been one-dimensional – hitting out of trouble. But today, Najibullah Zadran batted well for his 73 off 48 balls, giving his team’s total some respectability in the process. His charge against Jimmy Neesham was exciting and a couple of sixes off Mitchell Santner were praiseworthy. But he was playing a lone ranger.

South Korea Reaches To Knockout Round Defeating Portugal By Agencies 12 hours, 54 minutes ago

World Cup 2022: Australia Advanced To The Round Of 16 By NEW SPOTLIGHT ONLINE 2 days, 5 hours ago

US Defeats Iran Reaching Quarterfinal Of World Cup 2022 By Agencies 3 days, 13 hours ago

England Advances To The World Cup 16 By Agencies 3 days, 13 hours ago

World Cut 2022: Brazil Advance To Round Of 16 As Casemiro's Goal Edges Switzerland By Agencies 4 days, 13 hours ago