NBA Continues Protest Despite Call For Talks From CJ Rana

NBA Continues Protest Despite Call For Talks From CJ Rana 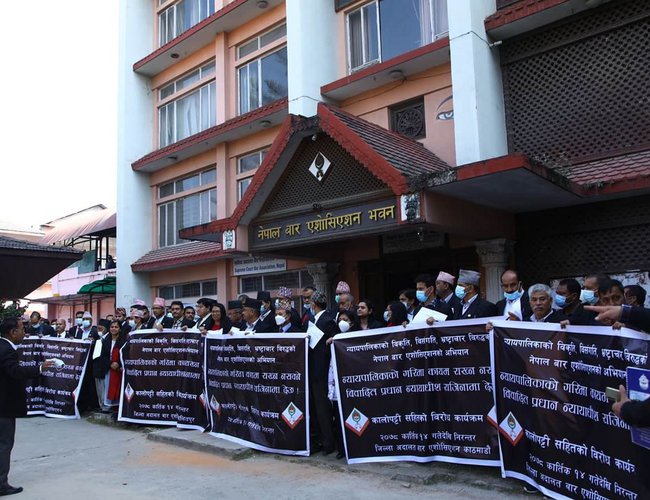 Chandershwar Shrestha, Chairman of the Nepal Bar Association (NBA), rejected the offer made by CJ Rana himself for talks saying that there was no point in holding talks with CJ Rana.

Earlier today, CJ Rana had issued a statement urging the protesting members of the NBA to come forward for a dialogue.

NBA has been staging a sit-in at the Supreme Court premises demanding resignation from CJ Rana.

Law practitioners have been relentlessly conducting sit-in protests in front of the main gate of the Supreme Court.

It has been said that all the bar units of the NBA across the nation are protesting against the Chief Justice.

As Chief Justice Rana was prevented from entering the court from the main gate of the Supreme Court, he entered the court using an alternative entrance.

India Urges Nepal To Remove Encroachment From Border In Uttarakhand By Agencies 3 days, 8 hours ago