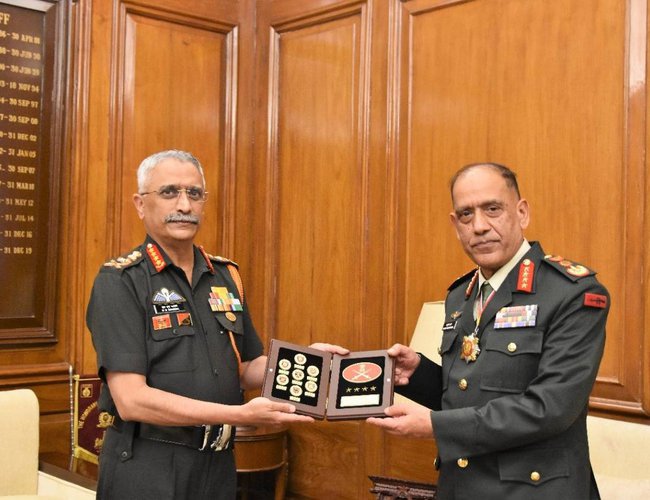 As Nepal and India have many commonalities, they too have several unique characters in their relationship. Sharing same civilization, the unique characters existing between the two countries have stood as solid foundations for enduring good and friendly relations all the time.

Although both the countries are independent, some of those traditions show how their common interest is inseparable. In continuation of the tradition, Nepal Army Chief General Prabhu Ram Sharma was conferred with the honorary rank of ''General of the Indian Army'' by President Ram Nath Kovind.

General Sharma completed his four-day visit to India aimed to explore ways to expand bilateral cooperation between the two countries. In a similar manner, Nepal conferred the honorary rank of ''General of Nepal Army'' to Indian Army Chief General MM Naravane during his visit to Kathmandu in November last year.

As China’s influence is growing in South Asia, Nepal is important for India in the context of its overall strategic interests in the region and the visit of COAS General Sharma is highly important. 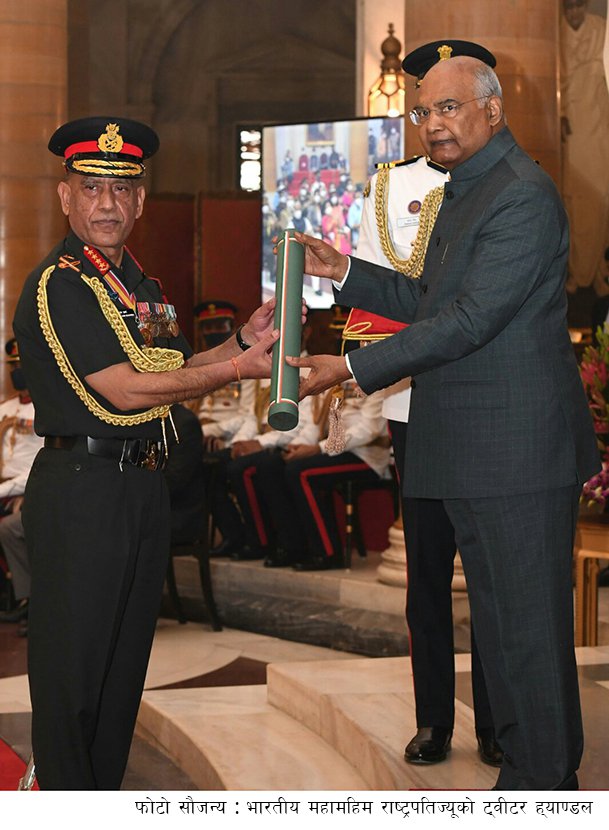 The high importance accorded on General Sharma during his formal visit is understandable as India wants to further strengthen its existing military to military relations with Nepal Army.

Nepal-India diplomatic relations have seen many ups and downs in the last few years. However, the relations between the two armies remain cordial. The visit of Nepal Army Chief General Sharma also indicates the thaw in the relationship between the two countries which had been frosty over Nepal’s claims at Lipulekh Pass in Uttarakhand.

“COAS General Sharma exchanged views on issues of bilateral interests and discussed measures to further strengthen the existing bond of friendship and cooperation between the two armies,” said a press release.

During 2015, visit of Nepal Army Chief Rajendra Chhetri helped to bring back two countries’ relationship on the track. General Sharma’s recent visit and his interactions with high level personalities will add something new.

Germany Decides To Continue With The Bilateral Development Cooperation With Nepal Beyond 2023 By NEW SPOTLIGHT ONLINE 2 days, 2 hours ago

Nepal Backs Away From US State Partnership Program: Indian Scholar, China Commends Nepal's Decision Not To Move Ahead On The SPP: CGTN By NEW SPOTLIGHT ONLINE 4 days, 1 hour ago