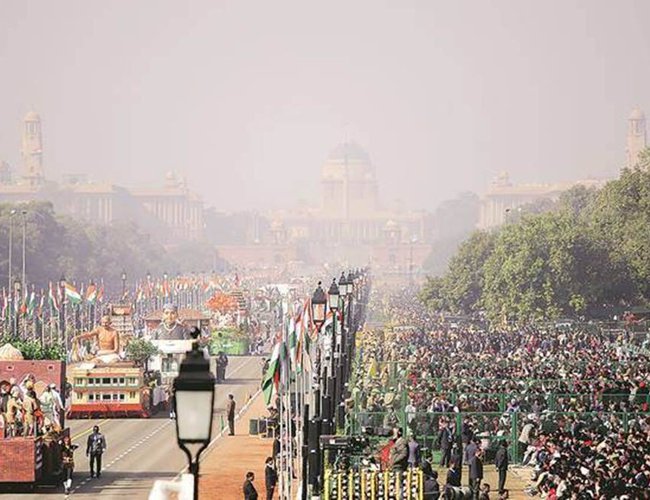 Besides India, the seven-nation subregional grouping includes Bangladesh, Myanmar, Sri Lanka, Thailand, Nepal, and Bhutan. Leaders of Bimstec attended Prime Minister Narendra Modi’s swearing-in at the beginning of his second term in May 2019.

Efforts are on to have leaders of the Bay of Bengal Initiative for Multi-Sectoral Technical and Economic Cooperation (Bimstec) countries in New Delhi for the Republic Day celebrations next year, it is learnt.

Besides India, the seven-nation subregional grouping includes Bangladesh, Myanmar, Sri Lanka, Thailand, Nepal, and Bhutan. Leaders of Bimstec attended Prime Minister Narendra Modi’s swearing-in at the beginning of his second term in May 2019, but there have been changes of leadership in some of these countries since then.

Sources told The Indian Express that South Block is in close touch with the leaders of these countries and their offices for confirmation of their availability. Feelers have been sent through the “appropriate channels”, the sources said — and the guestlist for Republic Day will be announced once the confirmations are received.

As per protocol, the letter of invitation goes out only after the availability of the foreign leader has been confirmed.

Extending an invitation to be the chief guest at the Republic Day parade carries great symbolic importance from the perspective of the Indian government. New Delhi’s choice of chief guest every year is dictated by a number of reasons — strategic and diplomatic concerns, business interests, and international geopolitics.

This will be the first opportunity for the Indian leadership to engage directly with Gen Min Aung Hlaing, who seized power in February this year. In 2019, Sri Lanka, Nepal, and Myanmar had different leaders. Bangladesh had sent President Mohammed Abdul Hamid for Modi’s swearing-in.

The sources cautioned, however, that with the Covid-19 pandemic not yet over, an element of uncertainty remains, and there is a possibility of last-minute cancellations of plans.

British Prime Minister Boris Johnson had to cancel his visit to India for the Republic Day celebrations this year due to the raging pandemic in his country. India had no chief guest for Republic Day in January 2021.

President Jair Bolsonaro of Brazil was the chief guest in 2020, and in 2019, after the invitation to the United States President Donald Trump did not work out, South Africa’s President Cyril Ramaphosa was invited as chief guest.

New Delhi’s engagement with Bimstec rose from the ashes of the South Asian Association for Regional Cooperation (Saarc). In October 2016, following the terrorist attack in Uri the previous month, India gave a renewed push to rejuvenate the grouping that had then existed for almost two decades but had been largely ignored. Alongside the BRICS summit in Goa, Modi hosted an outreach summit with Bimstec leaders.

That year, some Bimstec countries supported New Delhi’s call for a boycott of the Saarc summit scheduled in Islamabad in November 2016. The summit was postponed, and India claimed victory in isolating Pakistan, having accused that country of carrying out the Uri attack.

Bimstec offered a regional platform at which five of the eight-member states of Saarc could gather to discuss sub-regional cooperation. India had long felt that the vast potential of Saarc was being underutilised, and opportunities were being lost due to the lack of response and/or the obstructionist approach from Pakistan.

India’s search for an alternative to Saarc had been evident at the 2014 Saarc summit in Kathmandu, where Modi had said opportunities must be realised “through SAARC or outside it”, and “among us all or some of us”. That was an important signal to Pakistan, as well as other Saarc states.

Two years after the BRICS-Bimstec outreach summit and the Bimstec leaders’ retreat, the fourth Bimstec summit was held in Kathmandu in September 2018. It was only the fourth summit of the grouping in 21 years, but the outcome was considered comprehensive — covering ground from the blue economy to counter-terrorism.

The Bay of Bengal is the world’s largest bay. Over a fifth, (22%) of the world’s population lives in the seven countries around it, which have a combined GDP of close to $2.7 trillion.

The seven Bimstec countries were able to sustain average annual rates of economic growth between 3.4% and 7.5% from 2012 to 2016. The Bay of Bengal has vast untapped natural resources, and a fourth of the world’s traded goods cross the bay every year.