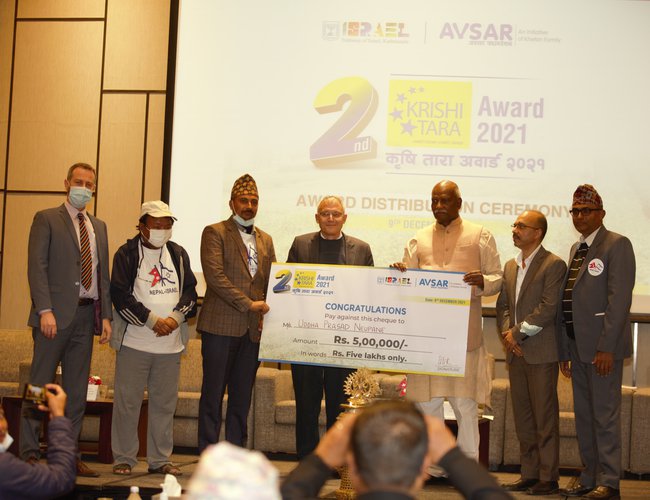 Mahindra Raya Yadav, Minister for Agriculture and Livestock Development, provided Krishi Tara Award to Uddha Prasad Neupane who was declared the 2nd Krishi Tara winner and awarded with a cheque of 500,000 Nepali Rupees along with the winner's certificate. He was in Israel from 2012-2013.

Ten best agriculture farms were shortlisted from among the total applications received for the award. The winner was selected by the jury of three judges after a tough decision.

The award is distributed to honor deserving Nepali farmers/agri-entrepreneurs who have been purposefully contributing to agriculture with technologies, innovations and skills learned in Israel, upon returning from a yearlong advanced agricultural training under the “Learn and Earn Program.”

The 1st Krishi Tara Awards was held in 2019. More than three thousand students from marginalized farmer families have been trained in Israel in modern agriculture since 2012. After returning to Nepal, these students have been involved in high-tech agriculture using a greenhouse, drip irrigation, etc. 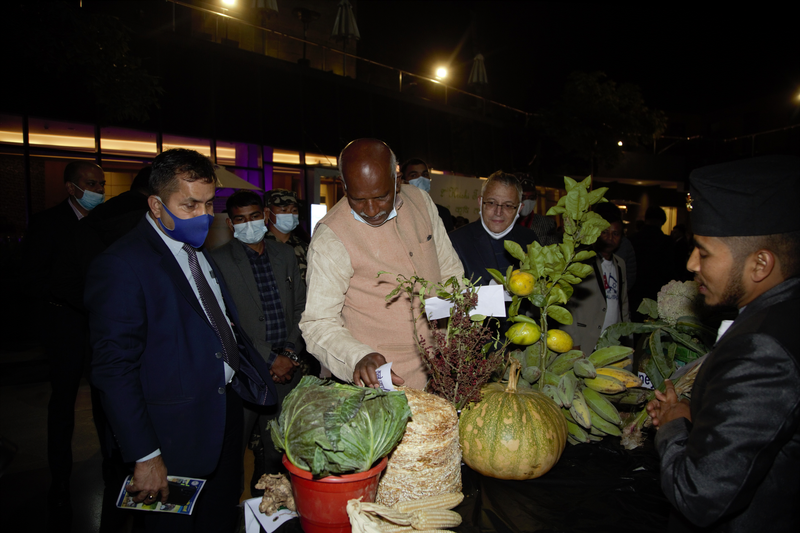 The Embassy of Israel together with the Avsar Foundation hosted the 2nd annual Krishi Tara Award. Minister Yadav graced the event as the Chief Guest.

Addressing the event Hanan Goder, Ambassador of Israel said, “It’s lovely to celebrate Agriculture, Krishi ra Khusi. We see today an amazing collection of good and happy farmers. Nepal can become a net exporter of food and Israel is willing to share our experiences in this field.”

“I really appreciate and would like to thank the State of Israel for the contribution in the field of agriculture by taking our Nepali farmers to Israel and providing them with skills, modern technologies so that they can become self-reliant. We have to further promote the Israeli agri-technology in Nepal. If it happens, it would have a greater impact on Nepali agriculture. This program actually motivates and boosts the morale of young farmers,” said minister Yadav.

Sharing the experience, the winning farmer Uddha Prasad Neupane from Dhading said, “After returning from Israel, I realized that agriculture is a profession and has to be done by young and educated people. I have started with 16 ropanis of land and now, I have extended it to 70 ropanis of land. Upon receiving the award, I felt that more responsibilities and challenges have been bestowed upon me. I will be utilizing this money in the field of agriculture and start a nursery.” 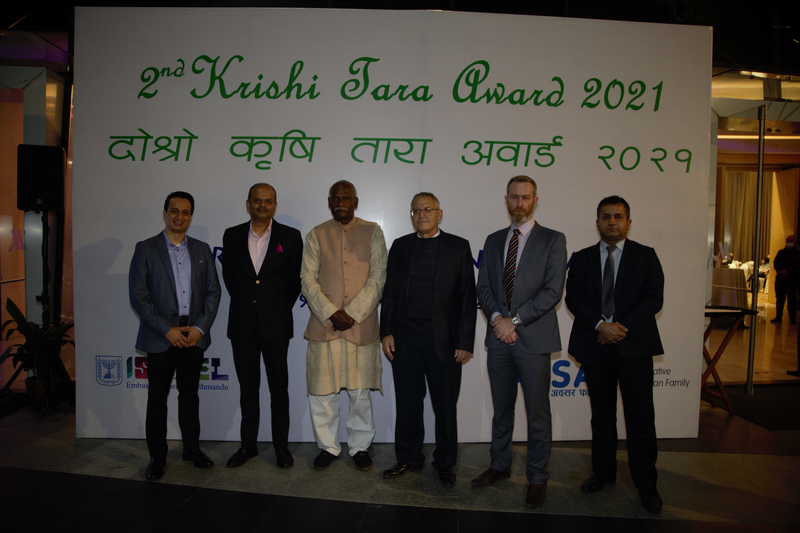 The Embassy has collaborated with Avsar Foundation for the annual Krishi Tara Award to thank and reward those farmers who were in Israel under the 'Learn and Earn Program' and are now doing exemplary work in Nepal, inspiring the youths and disseminating their learned knowledge in their community.

Avsar Foundation is the initiative of the Khetan family. It is a not-for-profit organization incorporated in Nepal with the objective of empowering economically and socially deprived individuals and communities across the country through various programs.

US Under Secretary Nuland Pays A Courtesy Call On PM Prachanda By NEW SPOTLIGHT ONLINE 5 hours, 5 minutes ago

US Under Secretary Nuland Arrived In Kathmandu By NEW SPOTLIGHT ONLINE 20 hours, 15 minutes ago