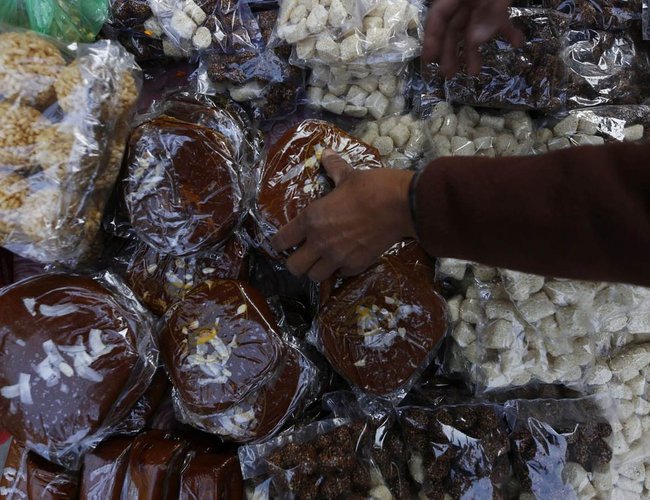 Makar Sankranti has both, seasonal as well as religious significance. It marks the day sun transits into Makara Raashi, or Capricorn zodiac.

People celebrate this day by taking a holy dip in the river to start afresh. People meet and greet and celebrate the most auspicious occasions with great zeal, enthusiasm, and devotion.

Harvest festival- Makar Sankranti is celebrated across Nepal and India with much pomp and enthusiasm. This day is dedicated to the Sun god and is also known as Makara Sankranti or Maghi. It’s that time of the year again, the season of jaggery, sesame, peanuts, and gatherings. The festival is celebrated on January 14 every year, and this day marks the onset of harvest and the end of the winter season.

On the occasion, people celebrate a festival taking dip in various conflux of rivers like Gandaki, Trishuli, Kosi and others.

People in the valley celebrate the festival taking dip in the river and eating Laddu, Chaku (Sweet) and Trul Rooit.

There will be a big festival in Debghat conflux of Troshuli and Kaligandai river. Thousands of pilgrims from Nepal and India visit Debghat to take a holy dip.

The festival has both, a seasonal as well as a religious significance. The day marks Lord Surya’s transit into Makara Raashi, or Capricorn zodiac. It is considered to be one of the most auspicious days of the Hindu calendar.

Sakranti is viewed as a date from when the sun starts to move north. This is because before Makar Sankranti, the sun radiates on the southern hemisphere. This period is believed to be the ‘Uttaarayan’ or an auspicious time.

The festival has different names in different parts of the country, such as Pongal, Uttaryan, Maghi, Lohri and Khichdi. The most common form of celebrating Makar Sankriti is kite-flying. As such, on this day the sky is often dotted with colourful kites marking the special occasion.

In Nepal and India, while most festivals follow the lunar calendar, Makar Sankranti is celebrated as per the solar calendar. Hence, it falls on the same day every year — January 14. The joyous festival marks the end of winter, and the beginning of a new harvest season.

The sun signifies knowledge, spiritual light, and wisdom. Makar Sankranti signifies that we should turn away from the darkness of delusion in which we live, and begin to joyously let the light within us shine brighter and brighter. We should gradually begin to grow in purity, wisdom, and knowledge, even as the sun does from this day.

Maghe Sakranti or Makar Sakranti is the first day of the month Magh of Bikram Sambat Calendar. In Tharu and Maithali communities, the day is known as Maghi and celebrated as New Year. In Newar communities, it is known as Ghya Chaku Sanhlu named after the foods eaten during the day ghee and hardened molasses.

Every communities and ethnic groups have their own way of celebrating the day, and food is at the center of the festival. It is also celebrated as winter festival and the day is regarded as the coldest day of the year. The tradition of eating calorie-intense foods such as Ghee, Chaku (hardened molasses), Tarul (yam), Teel ko Laddu (sesame and molasses balls), and also ginger is believed to keep the body warm and healthy during the coldest winter days. Varieties of root or tuber vegetables especially Tarul (yam), Sakharkhanda (sweet potatoes) and Pindalu (Taro) are cooked a night before and eaten during the day. The tradition of eating Batuk roti (made from black lentils and spices) is very popular in Magar community. Maghi is the biggest festival of Tharu community and celebrated by eating delicious Tharu cuisines such as Dhikri, Bagiya, Gonghi, Laddu, meat curries etc.

Boil varieties of Tarul, Sakharkhanda and Pindalu until cooked. Based on the sizes, they have different cooking time so if you are cooking on pressure cooker, make sure you cook it separately.

For making sauce: In a small pan, add 1-2 tbs of water (to help melting Chaku), and then Chaku, ghee and sliced ginger, and cook it together in low heat until Chaku melts completely.

Peel the skin of Tarul, Sakharkhanda and Pindalu when still hot, and break it into bite size pieces using you hand. Then drizzle the Chaku sauce all over and sprinkle some roasted sesame seed.