Referring to “emerging threats”, he said it is “essentially a move to categorise terrorism and violent extremism conducive to terrorism, based on the motivations behind such acts”. 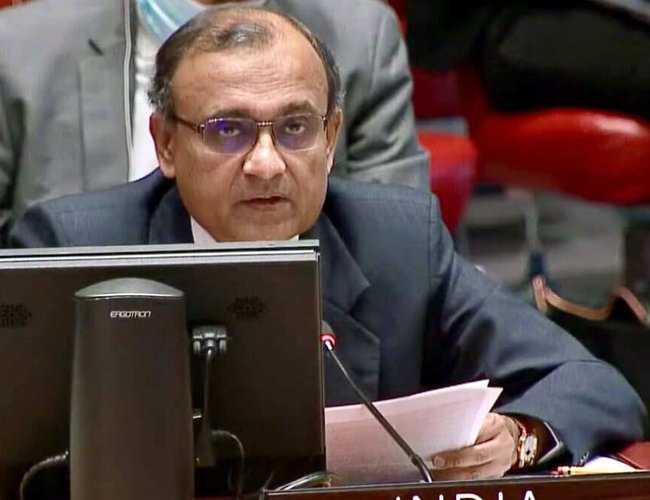 Emergence of new “religiophobia”, especially against Hindus, Buddhists and Sikhs, is a matter of serious concern and needs to be recognised, just like Christianophobia, Islamophobia and anti-semitism, to bring a balance in discussions on such issues, India said at the United Nations on Tuesday.

Speaking at the International Counter Terrorism Conference by Global Counter Terrorism Council on January 18, India’s Permanent Representative to the United Nations T S Tirumurti said, “In the past two years, several Member States, driven by their political, religious and other motivations, have been trying to label terrorism into categories such as racially and ethnically motivated violent extremism, violent nationalism, right wing extremism, etc.”

Referring to “emerging threats”, he said it is “essentially a move to categorise terrorism and violent extremism conducive to terrorism, based on the motivations behind such acts”.

Calling it a “dangerous” tendency, Tirumurti said this “goes against some of the accepted principles agreed to by all UN Member States in the recently adopted Global Counter-Terrorism Strategy, which clearly states that terrorism in all its forms and manifestations should be condemned and there cannot be any justification for any act of terrorism, whatsoever”.

In democracies, Tirumurti said, “right-wing and left-wing are part of the polity primarily because they come to power through the ballot reflecting the majority will of the people and also since democracy by definition contains a broad spectrum of ideologies and beliefs. We, therefore, need to be wary of providing a variety of classifications, which may militate against the concept of democracy itself”.

“Such trends are neither global nor have any agreed global definition,” said Tirumurti, who took over as the Chair of UN’s 15-member counter-terrorism committee for 2022 beginning this month.

On religious phobias, Tirumurti said the UN has “highlighted some of them over the years, namely, those based on Islamophobia, Christianophobia and antisemitism – the three Abrahamic religions”, which are also mentioned in the Global Counter-Terrorism Strategy.

He said “new phobias, hatred or bias against other major religions of the world need to also be fully recognised”.

The emergence of contemporary forms of religiophobia, he said, “especially anti-Hindu, anti-Buddhist and anti-Sikh phobias is a matter of serious concern and needs the attention of the UN and all Member States to address this threat”. Only then “can we bring greater balance into our discussion on such topics”, he said.

In the last two decades, Tirumurti said, there has been considerable progress in combating terrorism but “we are recently witnessing a resurgence of terrorist activities both in their range and diversity as well as geographical space”.

Regarding the situation in Afghanistan, Tirumurti cautioned that the developments there are being closely watched in Africa by terrorists and radical groups.