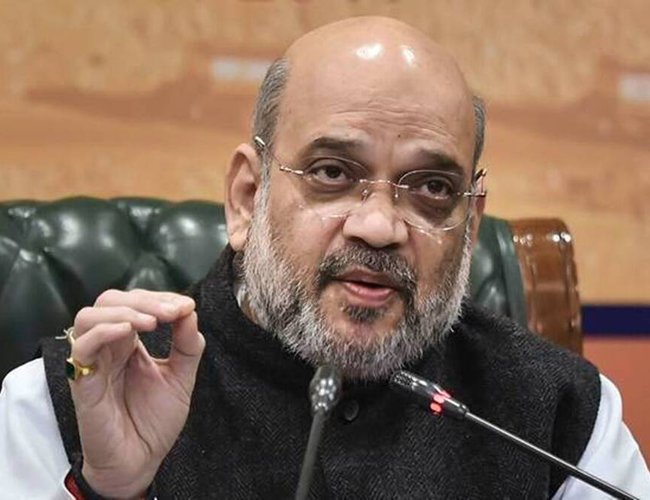 Stating that Jammu and Kashmir will get full statehood “as soon as the situation becomes normal”, Union Home Minister Amit Shah on Saturday said Assembly polls in the UT will be conducted after the process of delimitation is completed.

Shah’s statements drew sharp reactions from political parties in the Valley, with leaders questioning the definition of “normalcy”.

Speaking at a virtual event where he released India’s First “District Good Governance Index”, which provides a roadmap for similar benchmarking of governance at the district level for all states and UTs, Shah said: “As far as the democratic process is concerned, delimitation has started. After this, elections will be held. No matter what they (political parties) say, J&K will get full statehood.”

He said, “I have given this assurance in Parliament — jaise hi stithi samaanya ho jayegi, Jammu Kashmir ko poorna rajya ka darja milega (as soon as the situation is normal, J&K will get full statehood).”

Shah also said that Kashmir, “where 87 MLAs, six MPs and three families were involved in governance”, now has more than 30,000 elected representatives from village to the UT level. “I am confident they will ensure development in J&K,” he said.

He said some political parties in J&K are hurt because the Panchayati Raj system has been implemented in the UT, and questioned claims that abrogation of special status for the erstwhile state under Article 370 has led to deterioration of law and order. “Some even claim that if Article 370 does not exist, law and order situation cannot be fixed,” he said.

Hitting back at Shah’s statements, former J&K chief minister and PDP chief Mehbooba Mufti tweeted, “After quite literally terrorising people of J&K into silence to create a false normalcy narrative, GOIs admission that the situation still isn’t normal is self-contradictory. Also proves that silence shouldn’t be misconstrued as normalcy.”

People’s Conference chairman Sajad Lone said, “But who will define normalcy. And in a federal structure, can we really use normalcy as an excuse to assume power. Irrespective of the definition of normalcy possibly coined by the Union government, every single stateless day is an affront to federalism and to the people of J&K.

Referring to Shah’s speech, National Conference spokesperson Imran Nabi Dar said, “In other words, J&K’s statehood will continue to be held back and its democracy stomped upon, because GoI has failed to do its job in the last two and a half years. Absolute normalcy is a mirage and a smokescreen to hide their own failures.”

While launching the J&K District Good Governance Index, which covers 10 sectors of governance and 58 indices with 116 data items, Shah said that “today is an important day not only for J&K but the country as a whole,” because the new beginning that the UT has made will reach every state and will lead to healthy competition of good governance in every district of the country.