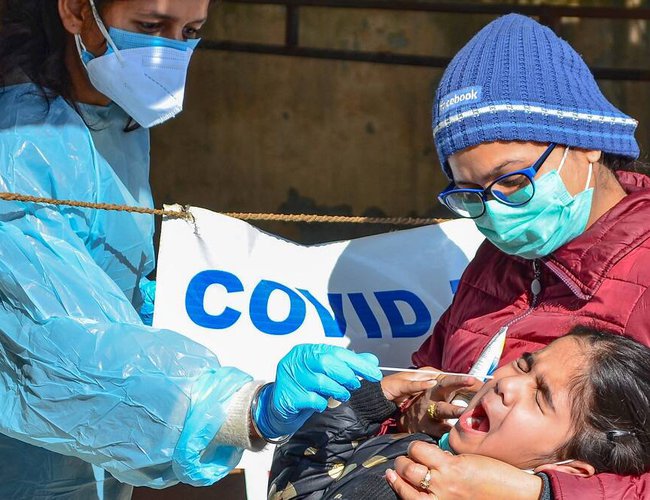 India reported 2.09 lakh new Covid-19 cases in the last 24 hours, sharply down from Sunday’s 2.34 lakh infections. The active case load now stands at 18,31,268 while the recovery rate marginally rose to 94.37 per cent. The weekly and daily positivity rates are 15.77 and 15.75 percent respectively. The daily and weekly positivity rates were at 14.5 per cent and 16.4 per cent respectively on Sunday

Kerala on Monday recorded 42,154 new Covid-19 cases with a test positivity rate of 42.2 per cent. The state also reported 10 deaths and also 638 fatalities that were newly certified as Covid-19 deaths based on the revised rules. 81 more deaths which were recorded late were also recorded in the past 24 hours taking the total toll to 54,395. A total of 99,410 samples were tested in the last 24 hours. The active cases in Kerala now stand at 3,57,552.

About 90 per cent of India’s adult population has received the first dose of Covid-19 vaccine whereas over 70 per cent have been administered both the doses, President Ram Nath Kovind said on Monday. In his address to the joint sitting of both Houses of Parliament at the start of the Budget Session, Kovind highlighted the various initiatives taken by the government in the health sector.