LOCAL ELECTIONS Goal Is Not Poll

Following a growing pressure from all sides, the five-party coalition agreed to hold local polls by mid-June 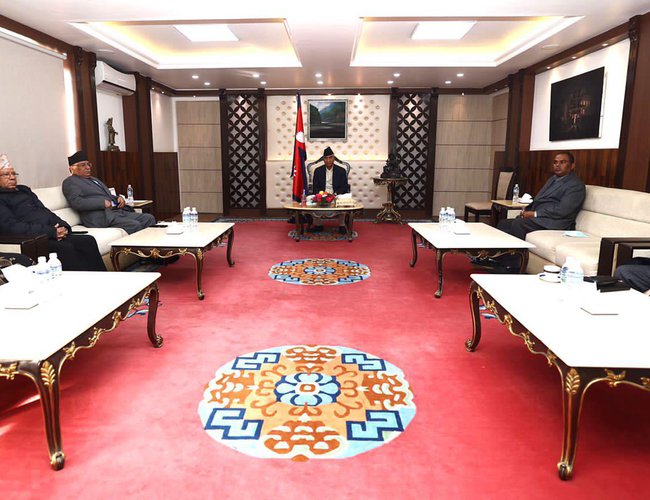 After a month-long debate over whether to hold the elections for local level in June or November, with federal and province levels, leaders of five political parties have agreed to hold local polls by mid-June.

As there is a division among the lawyers regarding the interpretation of law and constitution, this is the same with the country’s major political parties. Some constitutional lawyers see the provision in the law is against the constitution thus it must be declared null and void.

However, other lawyers hold the view that there is no such ambiguity and law has elaborated the spirit of constitution.

However, senior advocate and former attorney general Ramesh Badal holds the view that there is no such contradiction and ambiguity between the law and constitution. “As per the constitution and law, the local level elections must be held by mid May,” said Badal. 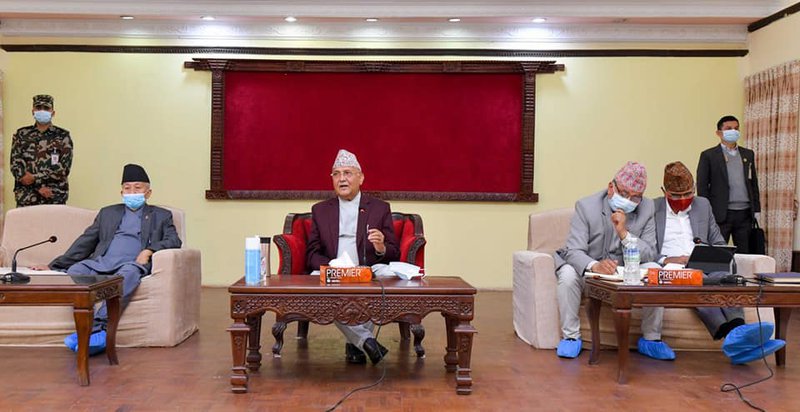 Ruling party coalition leaders hold the view that the tenure of local level will complete by September because the elections of the Madhesh Pradesh were held in September.

With main opposition party CPN-UML’s| insistence to hold the elections and growing pressure from Nepal’s leading development partners and Nepalese civil society, the five ruling parties has shifted the stand.

The second meeting of the five-party ruling coalition held on 29 January forged consensus to hold local level elections by mid-June 2022. Top leaders of the ruling parties met twice and the second meeting concluded to hold the local elections.

He said the High Level Political Committee meeting also suggested the government initiate the law amendment process if necessary and if it contradicted with the constitution.

Minister for Communication and Information Technology Karki, who is also member of the high-level political committee, said the local level elections will be held by mid-June.

He informed the government would announce the election date by consulting with the Election Commission. Nepali Congress leader and committee coordinator Ram Chandra Poudel said the meeting of the coalition had discussed consulting law experts regarding the upcoming election.

Given the ambiguity in law and constitution, the committee also directed the government to hold discussions. However, the meeting took the decision after holding the discussion with the legal experts again at the PM's residence in Baluwatar before the meeting.

The controversy appeared over the conflict between Article 225 of the constitution and the Local Level Act, 2073 BS. The legal experts had suggested that the law should be amended in accordance with the constitution.

The five-party alliance sees the president’s move as motivated by political reasons of president Bhandari and her association with CPN-UML and its leader KP Sharma Oli.

Minister for Communication and Information Technology Karki said that the local, provincial, and the House of Representatives (HoR) elections would be held as provisioned in the constitution. He assured of conducting the elections in time as per the people's aspiration and keeping their sovereign rights intact.

“We need to amend the act to hold the elections in mid-June. However, the major opposition party has been obstructing the parliament for a long time. All these topics are related to the people and these have to be discussed in parliament," said Karki.

Stating that making the parliament effective was not only the government's responsibility but of the main opposition party's as well, he suggested the UML not create the illusion among the people by making this issue a political one as it is a party that has come through a long democratic exercise.

"The government is fully cognizant of the principle and significance of the periodic election. The present government will steer the nation forward as per the spirit, norms and values of democracy and the Constitution," Minister Karki said.

Noting that the Constitution has envisaged extending the right of the Singhadurbar (the Centre) and the services and facilities provided by it to the local level itself, he said, "This government is committed to making these rights and services more effective."

Minister Karki said that the local level election would be managed as per the provisions of the constitution and urged all to be confident that the election would take place. He said consultations were held with law experts in the meeting of the five-party high-level political mechanism in the presence of the Prime Minister as there was some confusion regarding the contradictions in the Constitution and the laws regarding the election.

The Minister said discussions were on regarding this topic although views were aired that the Act should be aligned with the Constitution in line with the established principle that the Constitution supersedes to the extent of contradiction when the constitution and the laws clash.

Lawyers have demanded that the government and the Election Commission hold local elections on time. Speaking at an interaction program on 'Constitutional and Legal System of Local Level Elections' organized by Press Chautari Nepal in the capital, Senior Advocate Tikaram Bhattarai said that the people's representatives would not exist if local level elections were not held on the scheduled date.

"The constitution stipulates a five-year term with separate existence for federal, state and local governments. It also states that the term of the local level cannot be extended. Therefore, the election should be held on time,” said Senior Advocate Tikaram Bhattarai.

Another senior advocate, Sunil Pokharel, said that raising the Article 225, which is not related to the term of the local government, is an attempt to create a situation after 2054 BS.