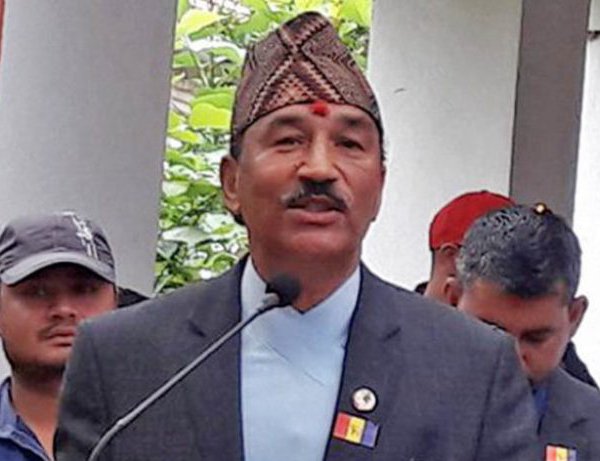 Former Chairman of the Rastriya Prajatantra Party (RPP) Kamal Thapa has declared separation from the party. Reaching Hetauda on Tuesday, Thapa said that he had decided to leave the party with pain.

It is reported that former chairperson of RPP is planning to register new political parties with the support from 100 elected members and two vice chairpersons.

Making the statement public, Thapa said that ideological deviations and wrongdoings have started to appear within the party. Thapa accused former King Gyanendra for interfering in the internal affairs of the party. He also revealed that he had two hours long meeting with former King before the elections. “ Former King played active role to defeat me supporting my rival,” said Thapa. He said that he can no longer carry baggage of active monarchy.

He said that he wanted to spend the rest of his political life in the party by improving the trend but he was forced to make an unpleasant decision as his voice was not heard.

According to leader Rajaram Bartaula, he made the announcement along with his supporters after reaching Hetauda on Tuesday. He has clarified in the press release that despite being separated from the party, he has no animosity towards RPP friends.

The presidents of France and Ukraine have agreed on the need to implement a ceasefire between Ukrainian forces and pro-Russian militants, as part of efforts to de-escalate tensions in the region.