India To Send Wheat To Kabul Overland Through Pakistan In Afghan Trucks,

India To Send Wheat To Kabul Overland Through Pakistan In Afghan Trucks, 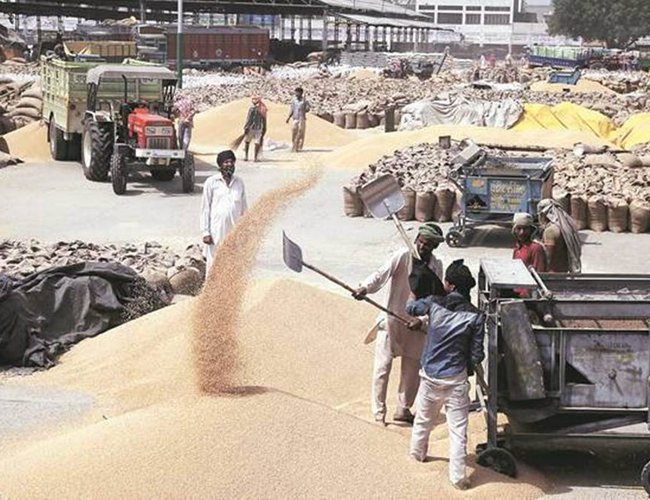 India will start sending wheat to Afghanistan overland through Pakistan from February 22 in Afghan trucks that will pick up the consignments at Atari, Pakistan’s Information and Broadcasting Minister Fawad Chaudhary said.

With this, India and Pakistan appear to have resolved a key difference that was holding up Delhi's commitment to sending 50,000 tons of wheat as humanitarian assistance to Afghanistan.

Pakistan’s Cabinet had given its approval for India to send the consignment overland through its territory to Afghanistan last November, after India made a proposal in October. But the transportation itself became a sticking point.

The consignments are to be sent in Afghan trucks that will pick up the wheat from Atari and take it through Pakistan’s Torkham border to Jalalabad in Afghanistan.

Sources in New Delhi said the consignment would be sent after Punjab Assembly polls on February 20.The first proposal from India to Pakistan was sent in early October, and it has taken more than four months of negotiations to get the proposal implemented.

Chaudhary said Pakistan welcomes India’s gesture of sending wheat to Afghanistan, where a shortage of money and food has created a humanitarian crisis.

In response to pleas by humanitarian agencies for a waiver of sanctions, a UN resolution in December carved out exemptions, but very little aid has reached the country due to fears of misappropriation by the Taliban. “We want all countries to help Afghanistan. We welcome the Indian gesture of sending this humanitarian assistance,” Chaudhary said.

He said trucks from Afghanistan would travel through Pakistan to Atari, where the wheat would be unloaded from Indian trucks and loaded into Afghan vehicles. These trucks would then cross back into Pakistani territory. After security checks at Wagah, they would be allowed to proceed towards the Torkham crossing.