MCC Will Be Tabled After Forging Consensus: Law Minister Badu

MCC Will Be Tabled After Forging Consensus: Law Minister Badu 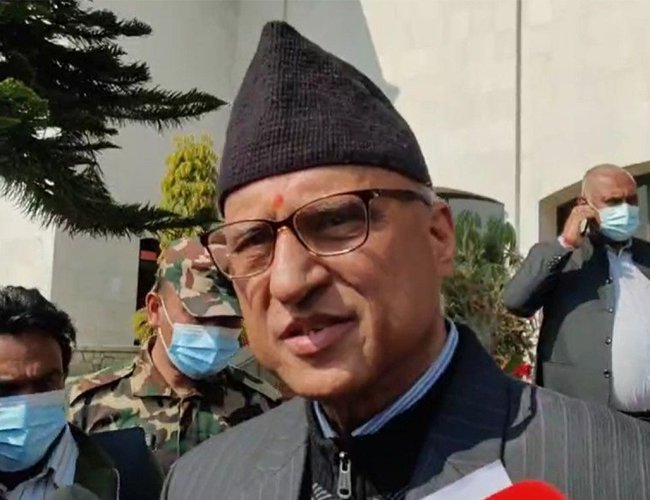 Minister for Law, Justice and Parliamentary Affairs, Dilendra Prasad Badu, has said the efforts are being made to forge an agreement for introducing the US-aid proposal Millennium Challenge Corporation (MCC) in the House.

As he said, the time has been fixed till Friday to forge consensus for the same.

Talking to media during his exit from the House of Representatives (HoR) today, Minister Badu explained that the document was required to be tabled in the House to address related discourses and disputes in the public and political sphere. “We aim to find a common ground for taking the proposal to the parliament for deliberations.” As he said, political parties have realized they need more time to have an agreement on the matter.

The Lower House shall meet again at 1:00 of February 18 on coming Friday and top leaders of ruling partners will be sitting a day before the session for further discussions on the proposal.

Similarly, CPN (Unified Socialist) senior leader Jhalanath Khanal argued that the document needed to be revised before proceeding towards the parliamentary actions as the public was not informed while signing it.

“Consensus on some issues is followed by amendments and revisions. Hence, force is not applicable in such cases.”

In his response to a media query that it was possible to be part of the government and to get engaged in a street protest at the same time, the former Prime Minister argued, “Of course it is possible and you can see happening it at the moment.”

CPN (Maoist Centre) leader Onsari Gharti Magar termed the MCC proposal the issue of national concern and it was agreed to not float the document in today’s HoR meeting with the realization of the need for further discussions so as to establish a widespread agreement before advancing towards the House proceedings. “We urged the same before the meeting.” According to her, the main opposition still seems unconvinced to move the proposal towards parliamentary proceedings.

“Any political party in the ruling alliance can decide on the issue and other parties may not entertain the decision. The proposal was not tabled as the obstruction from the oppositions continues,” the former Speaker added.