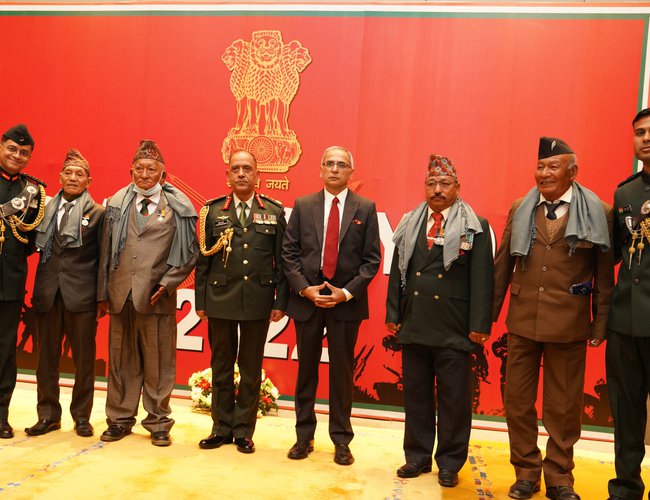 Defense Wing, Embassy of India in Nepal organized a function on the occasion of the 74th Indian Army Day.

The Indian Army Day is commemorated in recognition of Lieutenant General (Later Field Marshal) KM Cariappa’s taking over as the first Indian Commander-in-Chief of the Indian Army on 15 January 1949.

General Prabhu Ram Sharma, Chief of Army Staff Nepali Army and Honorary General of Indian Army, was the Chief Guest at the function which was also attended by former Army Chiefs of Nepal, other serving and retired army officers, officers from the diplomatic community, officials from the government of Nepal, members of think tanks and the press corps. 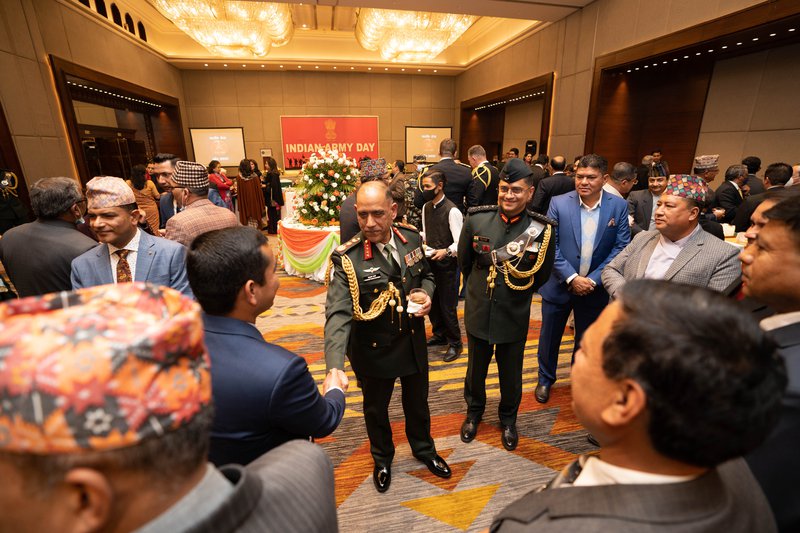 Vinay Mohan Kwatra, the Ambassador of India to Nepal recalled the deep historical linkages between the Indian Army and the Nepali Army that bind the two countries in a strong bond of fraternal ties.

Expressing gratitude for the selfless service and sacrifice of Gorkha soldiers in the Indian Army, he reiterated India’s commitment to the welfare of Indian Army pensioners and their families residing in Nepal.

He also paid tribute to the Late Chief of Defense Staff General Bipin Rawat who lost his life along with his wife Madhulika Rawat and 11 other ranks in a tragic air accident on 08 Dec 2021.

COAS General Prabhu Ram Sharma conveyed his greetings to General MM Naravane, COAS Indian Army and Honorary General of the Nepali Army, on the occasion of the 74thIndian Army Day.

He highlighted the close ties and long-standing cooperation between the two armies and appreciated the Indian Army’s support to the Nepali Army for its fight against the Covid-19 pandemic and assistance towards modernization of the According to a press release issued by the Embassy of India, Kathmandu.