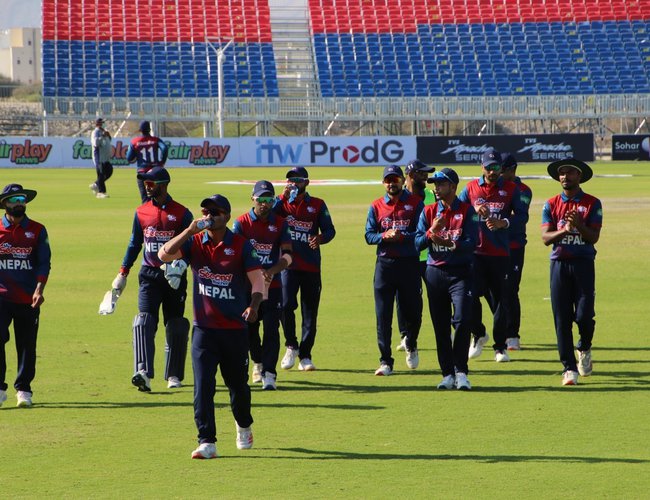 Nepal has entered semifinal in the in the ICC T-20 World Cup Global Qualifiers.

Nepal secured its entry as the winner of the group by defeating Canada by eight wickets in the final game of the group held at Oman Cricket Academy Ground in Oman today.

Becoming the first runner up of the group, Oman has also entered the semifinal and will compete with the winner of group A, Ireland.

The Philippines and Canada have exited from group B.

Two teams winning in the semifinal will enter the final and play in the T20 World Cup to be held in Australia this year.

Nepal remained undefeated in the group as it defeated Oman by 39 runs in the first game and the Philippines by 136 runs in the second match.

Nepal had completed the target of 81 run set it for by Canada in the loss of two wickets in 14.1 overs.