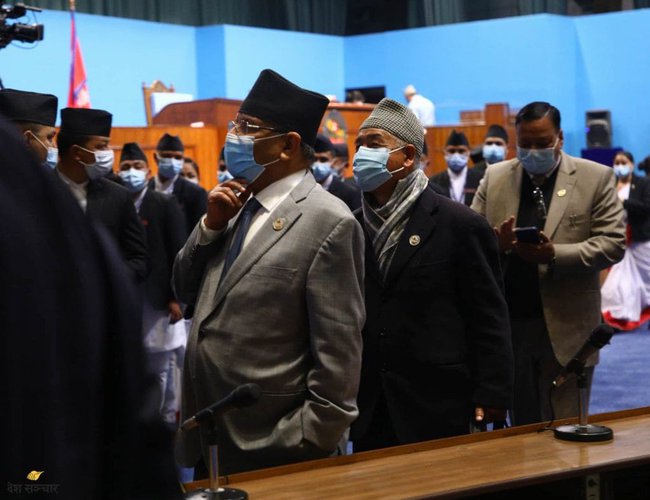 Following an intense contentious debate on the Millennium Challenge Compact (MCC), Nepal’s parliament has finally approved it paving the way for the implementation of a 500 million dollar grant project in the country. Although the debates over the MCC-Nepal will continue for some time to come, the approval from the House of Representatives ends the possibility of Nepal’s diplomatic credibility all over the world and Nepal’s 75 years long relations friendly relations with the United States of America. Tabled four years ago by K.P. Sharma Oli in the parliament, the speaker of the house has suppressed not allowing the agreement to present in the house. Delaying the tabling in the parliament gave ample space to the rumors and disinformation about it widening the division of public opinion.

Even the MCC agreement drags Nepal’s neighbors and regional power on it. Handling tactfully, Nepali Congress leader Sher Bahadur Deuba has brought all the political forces in the parliament to pass the agreement showing Nepal’s priority to the relationship in the US. Along with this, Deuba also has also convinced the US of the necessity to include clarification. This is a major achievement of PM Deuba. With the approval, the government of Nepal, the countdown of the agreement has already begun and now the time for Nepal to successfully complete the projects in time. We hold the view that the MCC grant will help Nepal and Nepalese people prosper.

The Russian invasion of Ukraine has changed the global order. It also shows the vulnerability and limitation of small nations in world politics. It is unacceptable for us any foreign intervention in a small nation. As a citizen of small countries, Russian intervention in Ukraine is unacceptable. We urge conflicting parties to settle the conflict in a peaceful manner.