NEA Up And Up

Under the leadership of MD Kul Man Ghising Nepal Electricity Authority (NEA) has made Rs. 12.12 billion profit in six months 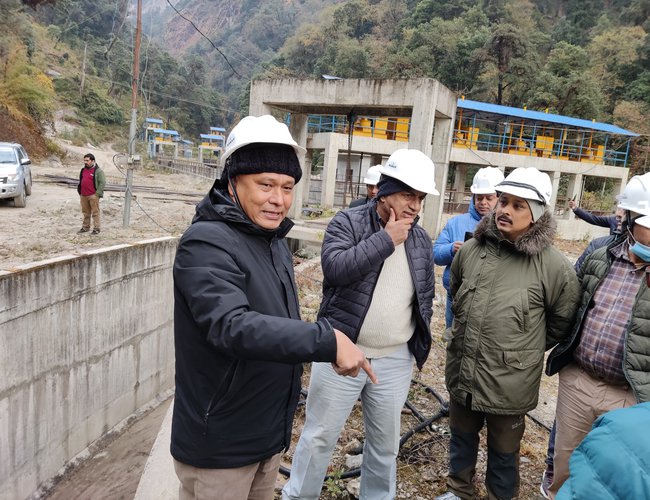 As is said, the leadership is the key to prosperity and development. If the performance of Nepal Electricity Authority (NEA) over the last six months under the leadership of MD Ghising is any indication, it shows how the leadership can transform even a public utility in Nepal.

Out of over 100 government public utilities, NEA is first to receive the Double A Plus rating for making such a remarkable profit in merely six months.

There is a price for such achievements. With the support and backing from Minister of Energy Pampha Bhusal, Kul Man Ghising, the Managing Director of Nepal Electricity Authority (NEA), has been turning NEA as one of the most profitable and credible public utilities. At the expense of his personal and family life, MD Ghising has been giving almost all his time to NEA.

When he was appointed MD, NEA was in a very bad shape. NEA’s profit margin was dwindling along with quality of electricity supply including frequent unloaded load-shedding. Ending 18 years long power cut during his first tenure as MD, Ghising, who has joined NEA in second term in the lapse of just a matter of year, faced piles of problems including technical and non-technical.

As per his first announcement that he would settle all the ongoing problems including undisclosed power cut, financial crisis and managerial obstructions within the six months, these two current achievements have shown that MD Ghising has been able to fulfill his promises. 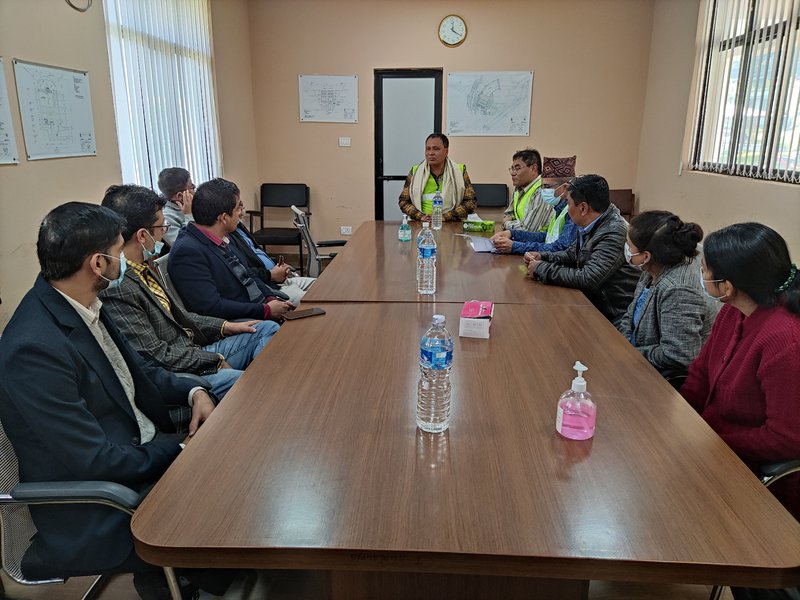 According to NEA's unrefined financial statement, the profit of NEA has almost doubled in the first six months of the current fiscal year. It was Rs. 6.18 billion in the last fiscal year 2020/21.

The NEA, which had an annual loss of Rs. 8.89 billion in the fiscal year 2015/16, has been making a steady progress in the following years.

"Reduction in operating costs, administrative and financial reforms, and the fact that the 456-megawatt Upper Tamakoshi Power Purchase Rate was cheaper than other private sector projects also contributed to the increase in profits," he said.

"Consumer tariff adjustments have been made with effect from the month of Poush, which may affect profits as incomes will decline slightly for the rest of the current fiscal year, but leakage control is still effective and we are working to cut profits by Rs. 15 billion by tightening financial discipline,” said Ghising.

The export of surplus electricity to India has increased while the import of electricity has decreased during the six months this year.

On the basis of energy, the export of 44 million units last year has increased to 173 million units in the first six months of this year. 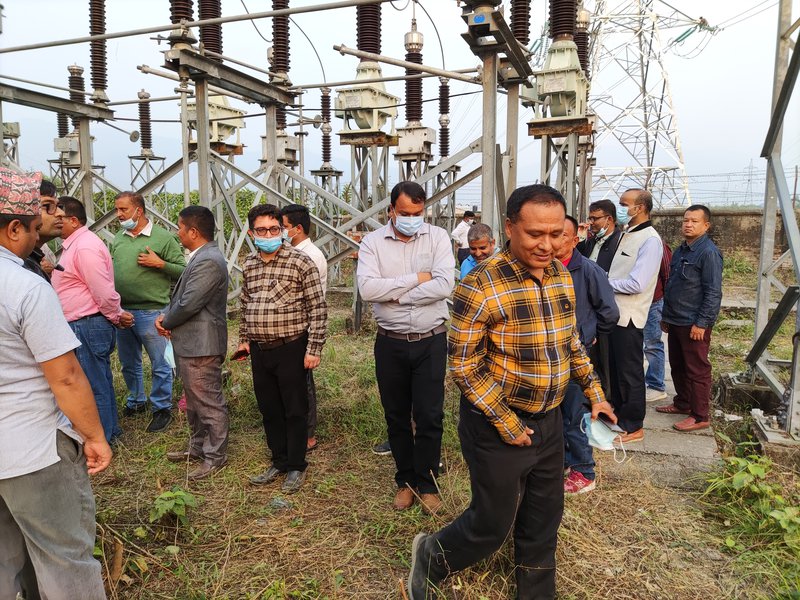 However, energy only worth Rs. 2.58 billion has been imported in the first six months of the current fiscal year.

Although imports will increase in January and February, it will not exceed Rs. 10 billion this year, said Ghising.

The demand for electricity has increased by about 200 MW this year. About 660 MW, including 456 MW Upper Tamakoshi, has been added to the power grid.

The electricity leakage has dropped to 14.45 per cent in the first six months of the current fiscal year. The NEA is able to reduce the leakage of the system by 2.73 percentage points to 14.45 percent through regular campaigns for power supply and control of technical and non-technical leakages.

Ghising said that the NEA's profit has increased as a result of the increase in revenue due to the reduction in leakage.

Ghising said that the leakage control campaign has been carried out effectively, increasing the capacity of substations, adding conductors, replacing overloaded transformers, and encouraging the use of three-phase meters.

In order to control non-technical leakage, the Authority will take strict action against those who steal by manipulating and hooking up the meter.

Just making a huge profit in the six months, gaining ICRA NP double A plus level is another milestone for NEA. For the first time in the history, NEA is a first government owned organization to receive a Double A Plus credit rating. ICRA Nepal Ltd., the credit rating agency in Nepal, has given a credit rating of ‘ICRA NP Double A Plus’ level to the NEA.

Credit ratings are used to evaluate the quality of credit of an individual or an organization and to express opinions. It provides opinions on the institution's ability to repay its debt obligations as a simple and understandable indicator of the inherent risks. 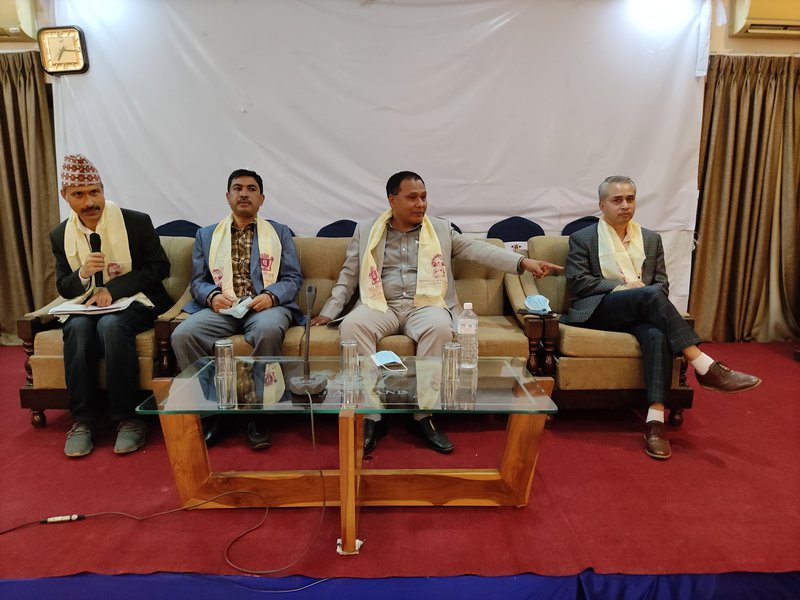 Managing Director of NEA Kul Man Ghising said that the NEA has a Double A Plus credit rating among the public bodies, which shows a high level of ability to bear financial obligations.

"NEA is now borrowing from multilateral development partner bodies such as the World Bank and the Asian Development Bank on government guarantees. Credit ratings have shown that transactions with NEA are secure in all respects.

"Long-term Power Purchase Agreement (PPA) has been signed with the hydropower projects to be constructed by local and foreign investors. The results of the credit rating show that NEA has a high level of financial capacity to pay for such projects and there is no investment risk. This will make investors feel safe and will also promote investment in the hydropower sector," said NEA.

While the government was implementing the new project through the budget of the current fiscal year, it was announced that NEA would develop the capacity to mobilize resources on corporate guarantee.

ICRA Nepal has maintained that NEA is a wholly owned subsidiary of NEA government, has a monopoly on power transmission, distribution and purchase and sale of electricity from within and outside the country and is a strategic entity of the government.

Annual revenue growth of about 12 per cent in the last four years, cheap power purchase rate compared to other private sector projects of 456 MW Upper Tamakoshi, which accounts for about 25 per cent of the total installed capacity of the country, were taken into account. Due to the decline in the amount of electricity imported from India, the efficiency of NEA is high due to the high level of management activity.

Ghising said that discussions are underway to issue shares to the public as per the provisions of the Nepal Electricity Authority Act with the approval of the government. 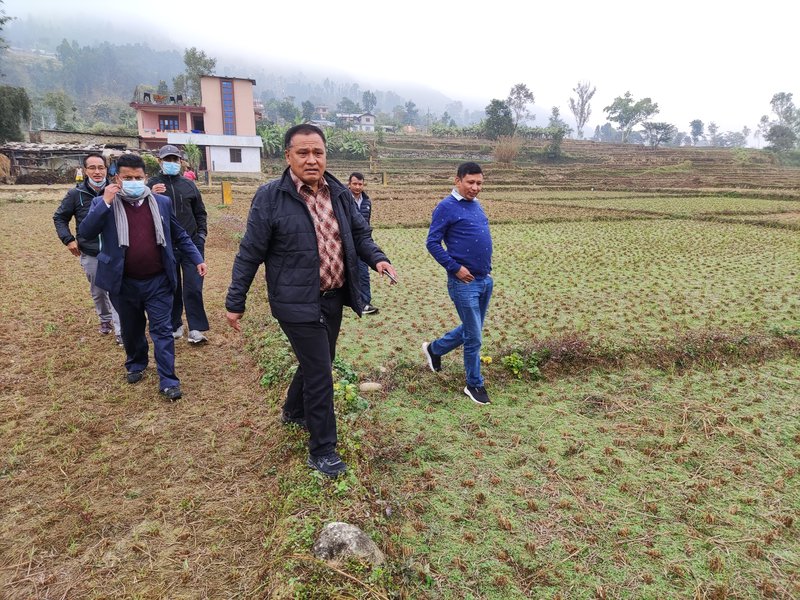 "In the past, NEA was in deficit and accumulated losses. Now, all the financial indices have improved significantly. Investment in NEA has been analyzed from credit rating as safe in all respects. We will now start the process to issue shares by taking consent with the government as per the provisions in the act,” he said.

The government has already agreed to issue shares under NEA's second financial restructuring.

Achieving such a major breakthrough in just six months, NEA’s Managing Director Kul Man Ghising has shown that hard work with managerial skills can transform a public utility like NEA. 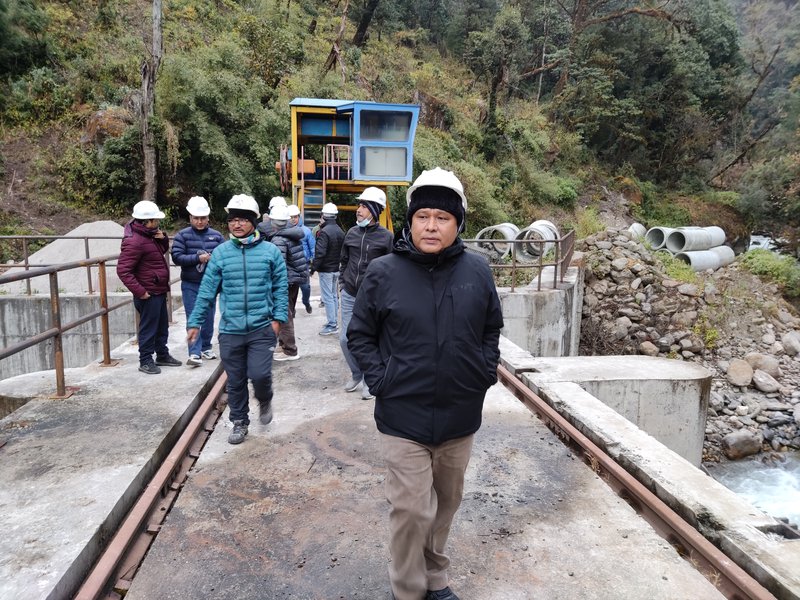