International Women's Day commemorates the achievements of women and their existence in general. 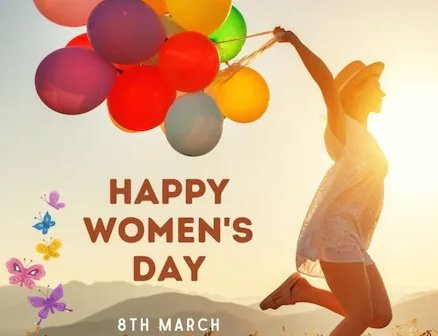 The theme for International Women's Day 2022 is 'Gender Equality Today for a Sustainable Tomorrow'.

The Socialist Party of America first organised National Women’s Day in New York on February 28, 1909. This was suggested by labour activist Theresa Malkiel and commemorated protests against garment workers in the city. Later in 1910, taking inspiration from the American socialists, German delegates proposed the idea of women’s day, although the specific date was not declared.

The United Nations started celebrating women’s day in 1975 and in 1977, the UN General Assembly proclaimed March 8 as International Women’s Day for women’s rights and world peace. The UN has been celebrating the day since then, setting up a theme every year.

This day holds significance because the world celebrates women’s achievements on this day, raises awareness about women’s equality and accelerates gender parity, along with fundraisers for various female-focused charities.

The theme for International Women’s Day 2022 is ‘Gender Equality Today for a Sustainable Tomorrow’. The United Nations looks forward to highlighting the contribution of women and girls around the world who are volunteering in promoting their communities or working on climate change adaptation, mitigation and in general working in building a more sustainable future for everyone.

People and various organisations set up various events for women across the world, for them to come and explore the world. Events like funfairs, plays, stand up gigs etc are set up.

Minister Regmi said that the state should provide facilities from production to marketing to increase women's participation in economic development.

Stating that women's rights cannot be ensured unless the living standards of rural women are improved, she pledged to take initiative to provide loans in agricultural production, fisheries, poultry and household and small scale industries without collateral.

Minister Regmi said, “The presence of women in industry and business is still negligible. If the state supports women from production to marketing by giving loans without collateral, women's rights can be ensured along with the overall economic development of the country.”

She informed that the government is going to make separate policy arrangements in the upcoming fiscal budget for the development of women's entrepreneurship. She said that a budget of Rs. 1 billion is being allocated next year to increase participation in small and cottage industries and agriculture and to arrange training for entrepreneurship development.

On the occasion, President of Nepal Chamber of Commerce Rajendra Malla stressed on the need for men and women to work together for a self-reliant economy. He said that small scale industries should be expanded to the rural areas.

The NCC would help in marketing the products produced by women, he said, urging women to produce through collective investment. According to Malla, women-led organisations will maintain greater financial transparency.

He said that chamber district committees across the country would help in expanding small scale industries in rural areas. Urmila Shrestha, the chairperson of the Nepal Women Chamber, said that women's rights have not been secure yet.

"Women still have to fight for their rights in all economic, political and social spheres," said Malla.She said that the state should provide concessional loans and marketing assistance to women-run industries.

There is no meaning in celebrating Women's Day unless women's issues are made national issues, she added. Shrestha stressed the need for the state to make policy arrangements to expand the products produced by women from the domestic to the international market.

She said that the state should provide relief in income tax, VAT and others in industries run by women.Economist Dr Posh Raj Pandey said that it was difficult for women to do business like men as the women-friendly business policy could not be formulated.

Pandey said that the industries run by women were most affected during the COVID-19 pandemic.Former ambassador to Israel Anjan Shakya said the state should take the initiative for women's empowerment.She presented a working paper on international practices in ensuring women's rights.