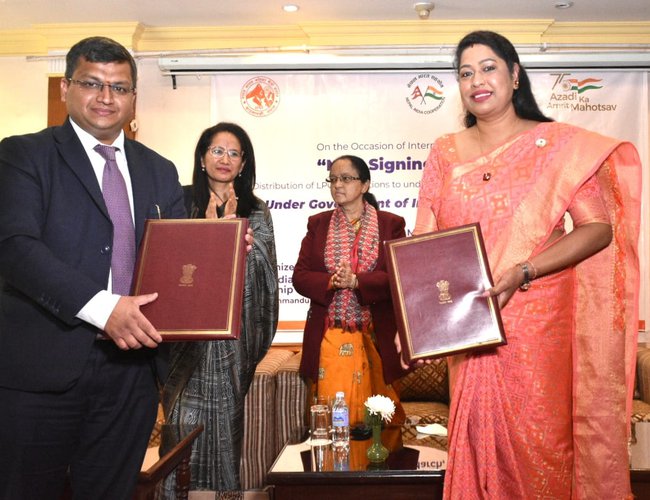 Signed on the occasion of International Women’s Day, the materials will be distributed under the financial assistance of the Government of India.

According to a press release issued by the Embassy of India, 3000 LPG gas stoves, gas cylinders and accessories are being given through the Nepal-India Women Friendship Society in these three districts with the grant assistance of NR.20.49 million.

This scheme is one of the 75 projects being inaugurated this year in Nepal as part of "India@75 AzadiKaAmritMahotsav" which celebrates 75 years of India’s independence.

The Project is inspired by Pradhan Mantri UjjwalaYojana (PMUY)which is a flagship scheme with an objective to make clean cooking fuel such as LPG available to the rural and deprived households which were otherwise using traditional cooking fuels such as firewood, coal, cow-dung cakes, etc. 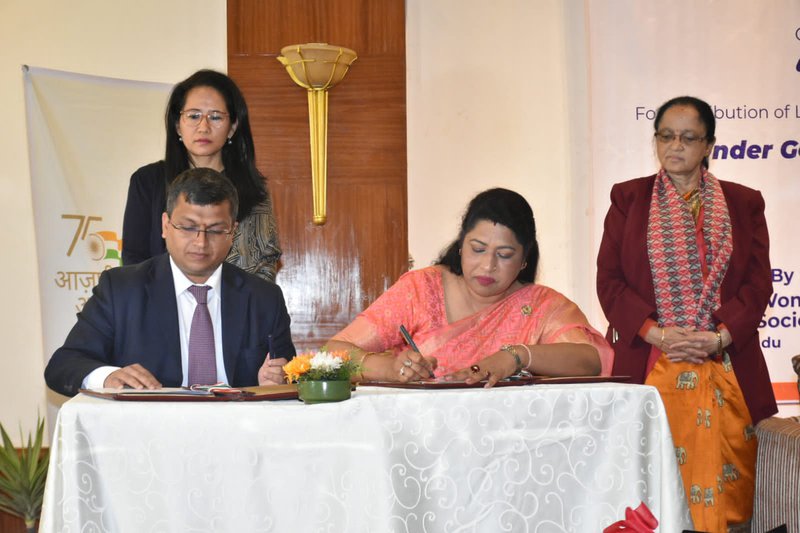 Since 2003, India has taken up over 523 HICDPs in Nepal on various sectors Health, Education, Drinking Water & Irrigation, Electrification etc., and has completed 467 projects. Amongst these, 81 projects have been undertaken in Province 2, including 19 projects in Sarlahi; 5 projects in Rautahat and 9 projects in Saptari Districts. In addition to these, 87 ambulances to various health posts and 3 school buses have been gifted in these three districts by the Government of India.

“As close neighbors, India and Nepal share wide-ranging &multi-sectoral cooperation. The implementation of this project reflects the continued support of the Government of India in bolstering the efforts of the Government of Nepal upliftment of its people,” reads the press release.

Supporting Nepal Is A Priority For The US: USAID Administrator Samantha Power By Agencies 2 hours, 53 minutes ago