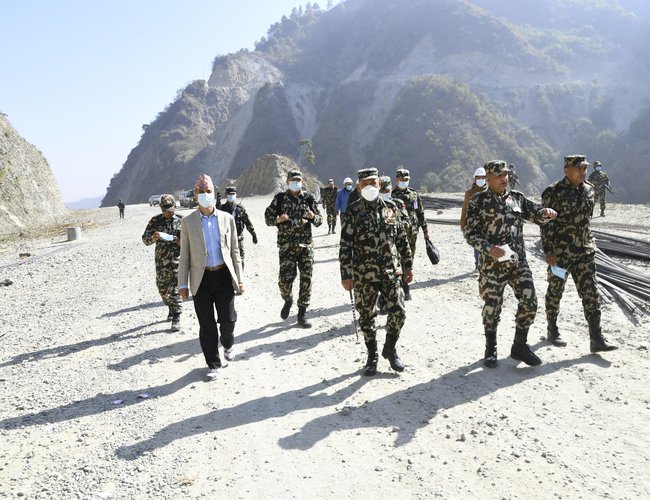 Chief of the Army Staff (CoAS) General Prabhu Ram Sharma has directed the contractors, consultants and project officials to complete the contract for the construction of the two-package tunnel under the Kathmandu-Terai/Madhes Expressway Project at the stipulated cost and time.

Conducting a field visit of the Expressway project with and Defence Secretary Kiran Raj Sharma, General Sharma and secretary Sharma have inquired about the progress of the work road at Makhubeshi, Sisneri, Mahadevtar, Lendanda and Budune Ranisera.

According to a press release issued by the Directorate of Public Relations and Information, Nepal Army They have also instructed the contractors, consultants and project officials to make arrangements to work in double shifts as per the need by mobilizing maximum manpower and machinery.

CoAS General Sharma also instructed the officials to brief the local communities about the benefits of the project to the community directly and indirectly around the expressway. 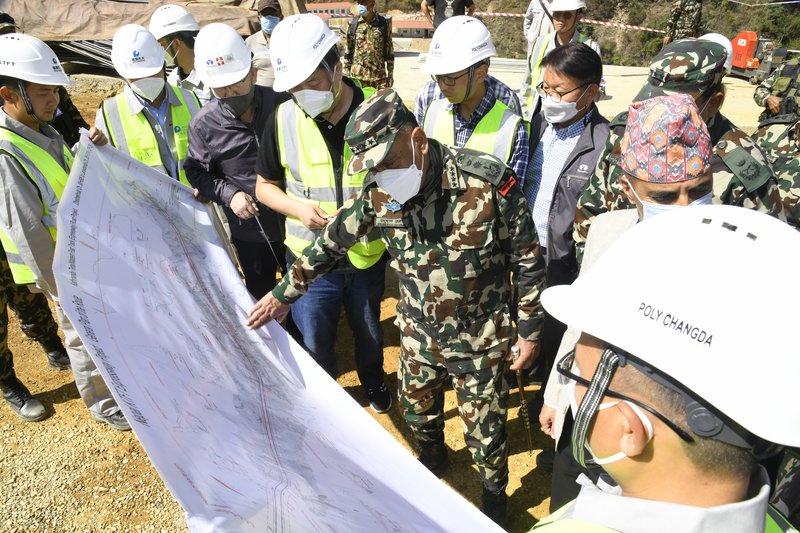 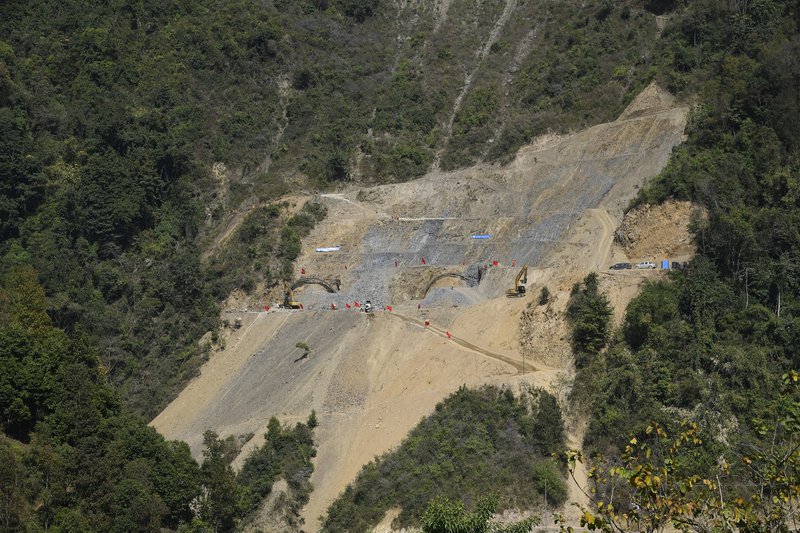 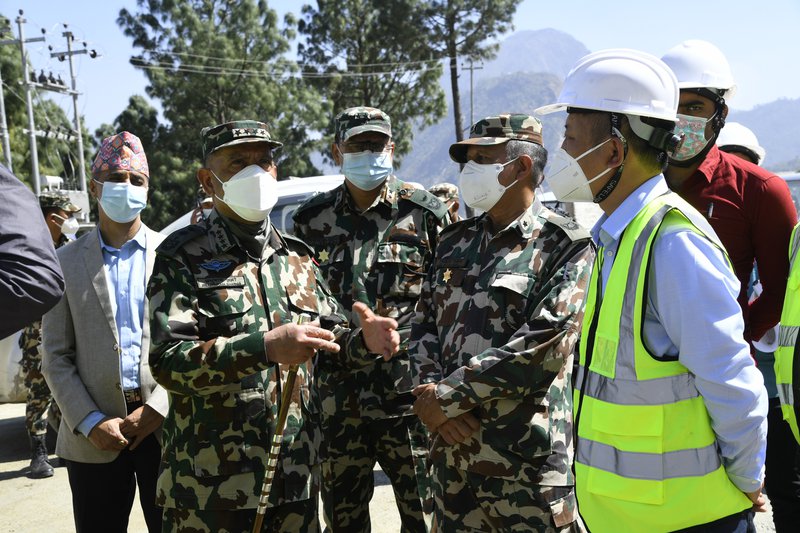 The inspection team was accompanied by other general officers, officials from the Defence Ministry and other stakeholders, according to the Directorate of Public Relations and Information of the Army Headquarters.