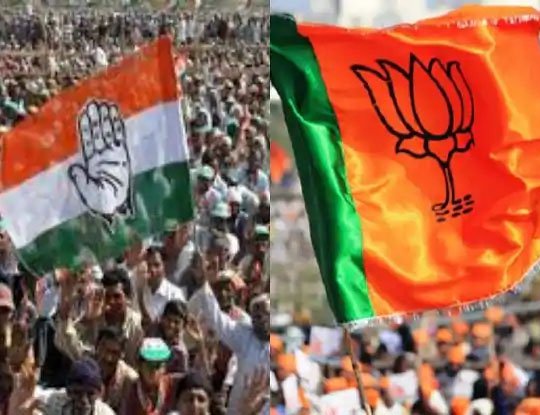 The Bharatiya Janata Party won all the four states it was in power among the five states that went to the polls in this cycle. However, it's the victory in the politically crucial Uttar Pradesh, which sends the highest number of MPs to the Lok Sabha, that will be the sweetest. The win will keep the party on course in its attempts to return to power at the Centre in 2024 and help it get over the unpleasant memories of the recent West Bengal debacle.

Assembly election results 2022 went more or less the BJP way, with the party easily crossing majority in UP and Uttarakhand and seeming sure about forming governments in Goa and Manipur. However, counting day belonged to the AAP that registered an impressive victory in Punjab. Here's a recap of the day gone by.

For the Congress, this turned out to be yet another election that will raise serious and increasingly justifiable questions about the party's relevance as the sole alternative to the BJP at the national level. The Bahujan Samaj Party was the other big loser, ending up -- like the Congress -- in single digits in UP.

With reports from Indian newspapers