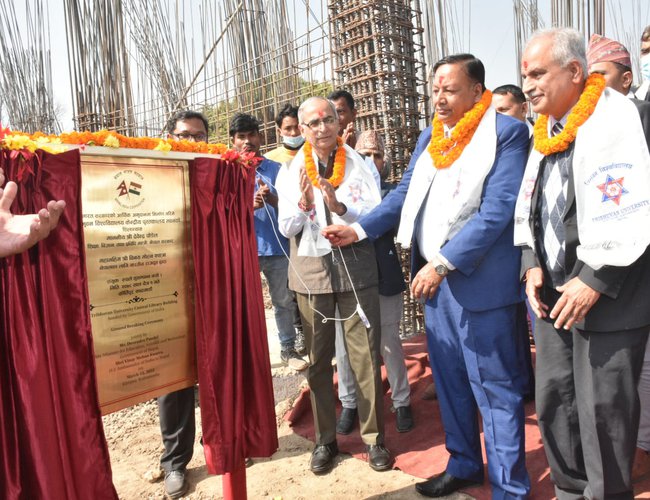 According to a press release issued by Embassy of India Kathmandu, the event was also attended by senior officials of Tribhuvan University, representatives from the Embassy, Central Level Project Implementation Unit (CLPIU) in Nepal and other stakeholders.

On the occasion, a Memorandum of Understanding was also signed between Ministry of Education, Science & Technology, Government of Nepal and Embassy of India for implementation of the project. The Library is being constructed at a cost of NRs 316.9 million and will be built as per earthquake-resilient reconstruction norms of Nepal. This new 3-storey building of Tribhuvan University Central library will be equipped with modern facilities and will include several academic sections along with ancillary facilities. Central Building Research Institute (CBRI), a premier institute in India in the field of earthquake-resilient reconstruction, will provide technical expertise for construction of this library.

India has committed USD 250 million earthquake reconstruction grant assistance to the Government of Nepal. Of this, USD 50 million is in the education sector under which 71 educational institutions across eight districts are being built; 14 of these have been already handed over and remaining are under active construction.

Speaking on the occasion, Ambassador reiterated that this project was a testament to the multi-faceted, strong and robust development partnership between India and Nepal. He further stated that India remains committed to continue collaborating with Government of Nepal in its socio-economic development. Minister Devendra Paudel appreciated India’s continued support to Nepal in augmenting its physical infrastructure in education sector. 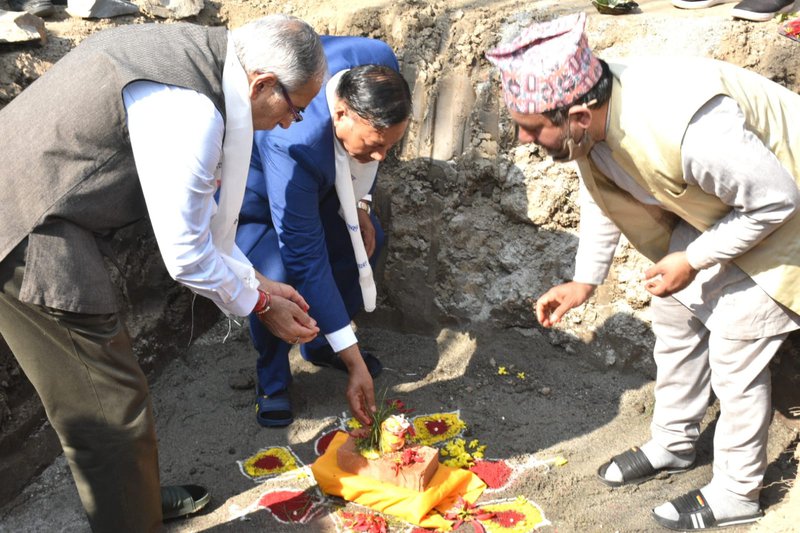