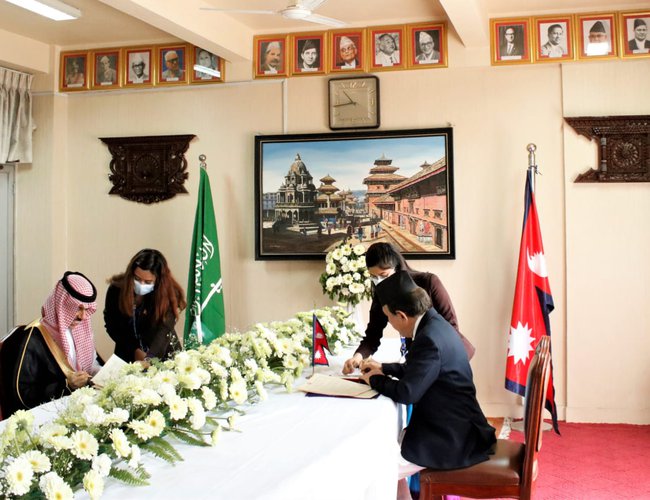 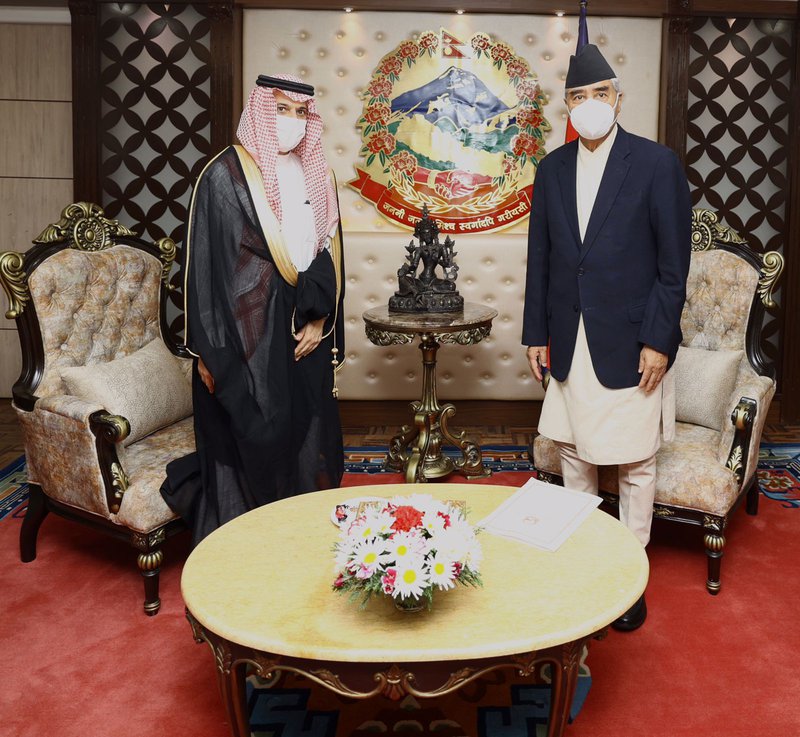 Earlier today, Minister for Foreign Affairs Dr. Narayan Khadka held a bilateral meeting with his Saudi counterpart in the Ministry of Foreign Affairs. The two Foreign Ministers discussed the diverse areas of cooperative bilateral relations and underlined the need to further explore possibilities of cooperation, including in the field of foreign employment, welfare and interest of Nepali migrant workers, increasing the number of Hajj pilgrims from Nepal, strengthening of economic partnership, and cooperation in multilateral forums. 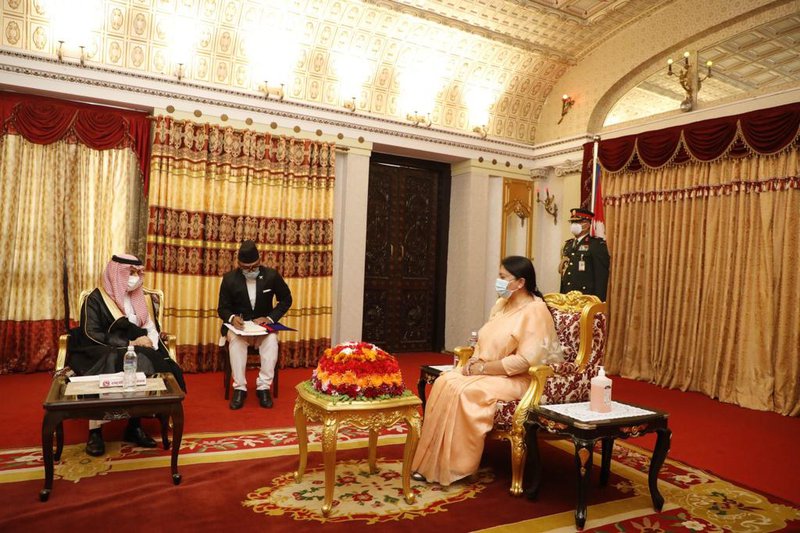 Prime Minister extended best wishes for the success of the Saudi Vision 2030 and discussed about the ways and means of further strengthening economic partnership and cooperation between the two countries, including the interests and wellbeing of Nepali migrant workers. 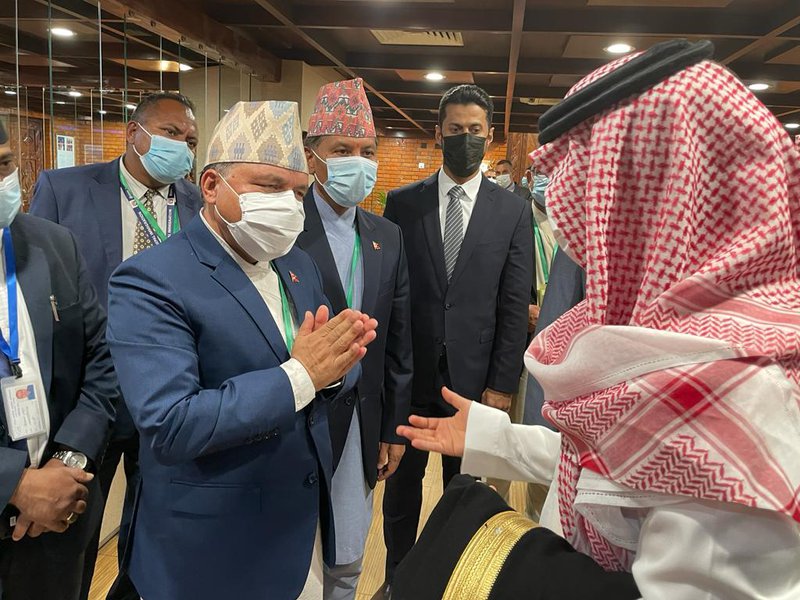 During his visit, the Saudi foreign Minister paid a courtesy call on President Mrs. Bidya Devi Bhandari at the latter's office, Sheetal Niwas. During the courtesy call, matters related to Nepal-Saudi Arabia relations were discussed.