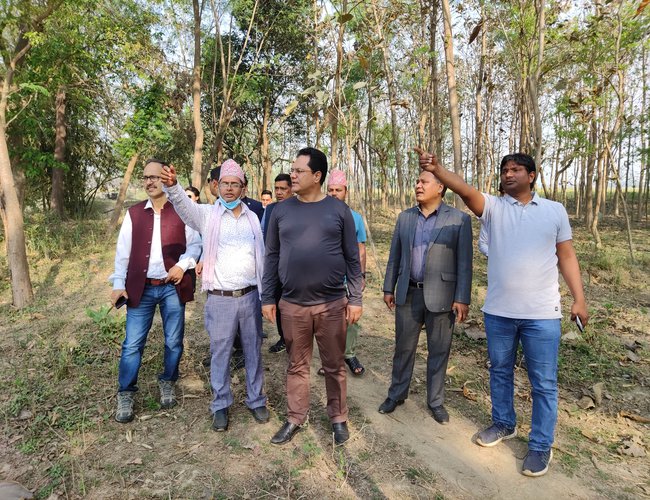 As the construction of the transmission line from the Mainahiya substation of Rupandehi to the Sampatiya (New Nautanuwa) substation in Uttar Pradesh, India is in full swing, the project will likely to complete by mid-July, 2022.

"This line is important for Nepal to import power if needed and to export the surplus electricity to UP," Ghising said. "Once completed, 132 kV transmission infrastructure will be ready with UP, which will facilitate and expand electricity trade between the two countries."

The foundation of 44 of the 96 towers in the 28-kilometer (km) transmission line has been laid, according to Nepal Electricity Authority (NEA).

Five towers have been installed. Compensation for the land in the route of the transmission line has been determined and all required equipment has been brought to the project site.

A team led by Secretary at the Ministry of Energy, Water Resources and Irrigation Devendra Karki, board of directors of NEA and its Managing Director Singh visited the construction site of the project on Sunday.

The team instructed the project management to complete the construction work on time as the transmission line is important for power trade between the two countries.

The sixth meeting of the Joint Steering Committee of Energy Secretary-level meeting between Nepal and India held in Pokhara in January 2019, had agreed to construct the New Nautanuwa-Mainahiya 132 kV transmission line between Nepal and Uttar Pradesh. 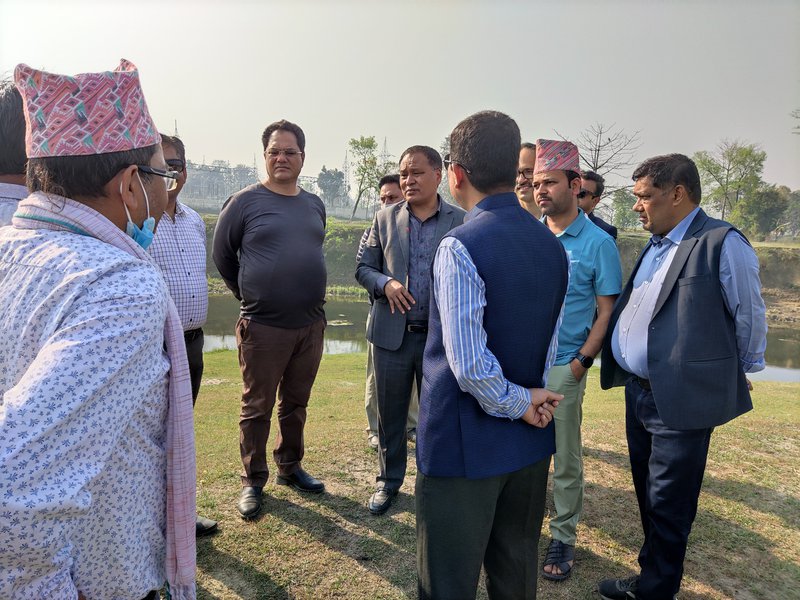 The decision was made to connect the line to New Nautanuwa (Sampatiya, India) substation. After this, the seventh meeting of the Joint Steering Committee of Energy Secretary level held in Bangalore, India, in November 2019, decided to connect the transmission line to the substation.

The government of Nepal has invested in the project which is estimated to cost around USD 8 million. The transmission line starting from Mainahiya 132 kV substation will be constructed up to Marchwar (Shree Rampur) border point with India.

Hari Pandey, chief of the project, said that two bays and 3-4 towers should be constructed at the substation to connect the line to India.

One of the two 132/33 kV, 45 MVA capacity power transformers to be installed at the Mainahiya substation has already been connected. 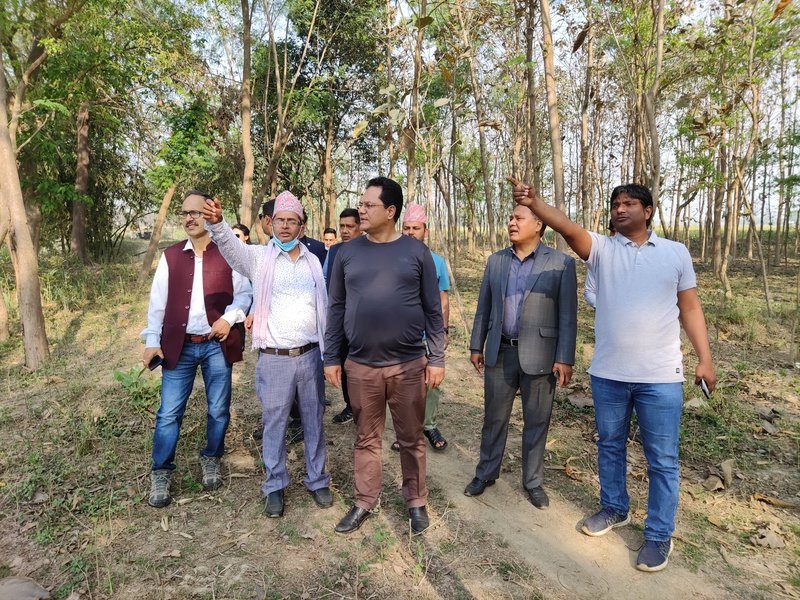 The remaining 33/11 kV, 16 MVA power transformer is being brought to the project site.

The 132 kV double circuit transmission line project under construction from Yogikuti (Butwal) to Mainhiya has reached the final stage. The new line is expected to improve the power supply and control technical leakage in Bhairahawa area of ​​Rupandehi.

The overall construction progress of the project is 95 percent, the NEA said

Of the 56 towers in the 18-km transmission line, 55 have already been built. Wire stretching work has been completed in around 10 km.

Work is underway to make 2 km of transmission line underground in the Butwal market area.

Around 60 percent of construction work on Mainahiya-Sampatiya 132 kV double circuit transmission line connecting Nepal and Uttar Pradesh (UP) of India has been completed.

MD GHISING Leakage To Single Digit By A Correspondent 3 days, 4 hours ago

NRB'S DECISION Surrounding Controversy By A Correspondent 3 days, 7 hours ago

NEPALESE ECONOMY Growth 5 Percent By A Correspondent 4 days, 5 hours ago