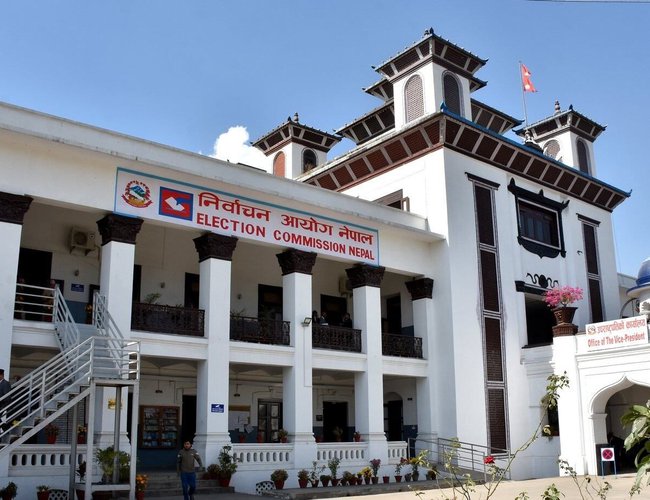 As soon as President Biddy Devi Bhandari prorogued the ongoing winter session of the Federal Parliament (House of Representatives and National Assembly), all major political parties have announced countrywide programs aimed to campaign for the local polls.

Along with main opposition CPN-UML, Nepali Congress has also launched a door to door campaign to woo the voters. Although it is yet to be announced formally, ruling five parties are proposing to contest elections in alliance and defeat CPN-UML.

As the country is preparing for fresh local level elections scheduled for upcoming May 13, the Prime Minister, also NC President, said it would participate in the elections by coordinating with other political parties in the coalition government.

“We see a high possibility of a victory in the entire three-level elections if the existing alliance takes part in the election collectively and discussions to this regard are going on.”

"Its date will be fixed after it is published in the weekly notice and hearing," he said, adding, "It is determined by when, which day, and what kinds of cases are heard."

In his address to a reception organized by the party, former Prime Minister Nepal was confident that the parties contributing to the promotion of democracy and constitution would be rewarded by the people in the upcoming local level elections slated for May 13. “Regressive and arrogant people will be tested through the elections and will face a defeat.

Not only PM Deuba and Nepal, Chairperson of the CPN (Maoist Centre), Pushpa Kamal Dahal 'Prachanda' has urged party cadres not to make any activities to break the alliance. He requested the cadres to make the party organization stronger in the election and to win the hearts of the people with their own strength.

Asking the cadres to get involved in election preparation making an alliance in election as the first priority and getting maximum results the second priority, he urged not to cast doubt regarding the election.

However, he made it clear that his party will not joint with CPN-UML. "We are presently in an alliance. Hence, there is no possibility of an immediate alliance with the CPN (UML)."

Similarly, senior leader Narayankaji Shrestha said that the dispute that surfaced due to MCC has already been resolved and the alliance has been moving ahead in the election campaign with unity.

As the Nepali Congress (NC) has been launching a month-long election campaign to prepare for the upcoming local elections on May 13, main opposition party CPN-UML has also been heading with a nationwide campaign.

CPN-UML leader KP Oli Sharma has directed his party cadres to work to sweep the elections. “Our party will win two thirds majority and wipe out this unconstitutional alliance,” thundered Oli in a program organized in Pokhara.

In his election tour, Oli has been visiting different places and addressing the election campaigns. Holding over 60 percent seats in local level, CPN-UML has a strong base. Despite breaking alliance with Maoist-Center, CPN-UML wants to repeat its past performance.

Nepal Congress is also holding big rallies in a month long campaign. The aim of the campaign is to increase the harmony, unity and energy within the party up to the ward and tole level to win the local elections, said NC spokesperson Dr Prakash Sharan Mahat.

As the local poll is approaching closer, political parties have been intensifying their activities reaching to the people. With no main agenda on their hand, they are yet to create any wave.

At a time when people in Kathmandu Valley are desperately waiting for drinking water, common people are spending days to get passport and other related things, none of the leaders have shown any commitment on addressing them.