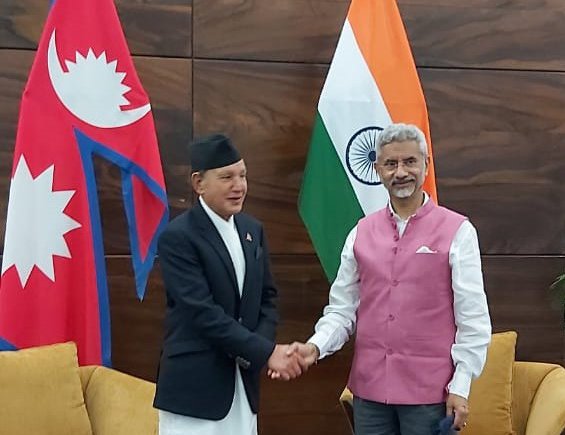 Minister for Foreign Affairs Dr. Narayan Khadka held a meeting with External Affairs Minister of India Dr. S. Jaishankar in Colombo. Matters including the ongoing preparations for PM’s visit to India were discussed in the meeting.

On the sidelines of the BIMSTEC Ministerial, the Foreign Minister held separate meetings with Deputy Prime Minister and Minister of Foreign Affairs of Thailand Don Pramudwinai, Foreign Minister of Bangladesh A. K. Abdul Momen. Matters pertaining to Nepal’s bilateral relations with the respective countries were discussed in the meetings.

Addressing the Eighteenth Ministerial Meeting, convened today in Colombo as the preceding Meeting of the Fifth BIMSTEC Summit, Minister Dr. Khadka stressed the need for renewed commitment and concerted actions from all Member States to revitalize the BIMSTEC process.

Dr. Khadka further emphasized the need to work together to uplift people’s lives and livelihoods, create equal opportunities and realize the aspirations of a peaceful and prosperous Bay of Bengal region.

He underscored Nepal’s commitment to constructively contribute to the BIMSTEC process for ensuring that it delivers better for the people of the region.

Later today, the Foreign Minister called on Prime Minister of Sri Lanka Mahinda Rajapaksa at the latter’s office in Colombo. The Prime Minister expressed satisfaction on the state of cordial and friendly relations between the two countries and expressed hope that the bilateral cooperation would be further strengthened in the days to come. 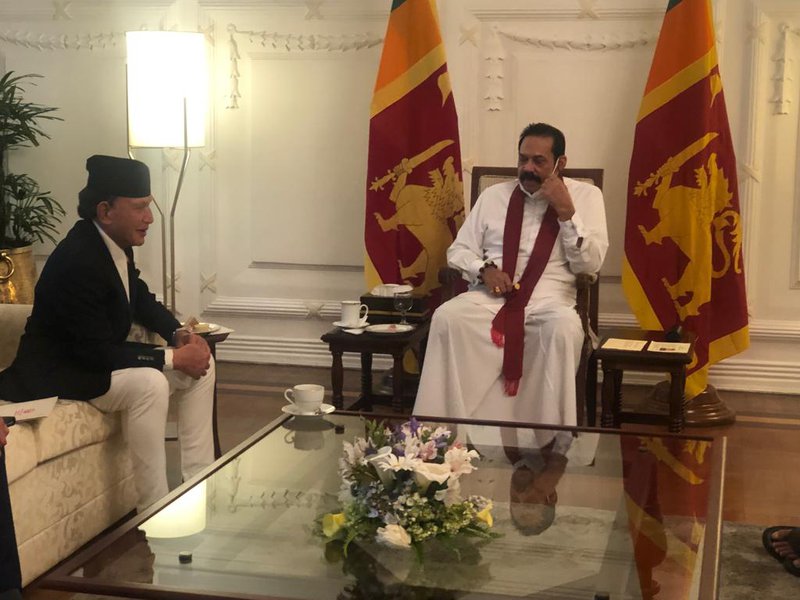 The Foreign Minister appreciated Sri Lanka’s commitment to the BIMSTEC process. He also underlined Nepal’s willingness to work closely with Sri Lanka to enhance cooperation in the areas of mutual interests.

Malaysian Home Minister In Nepal By Agencies 3 days, 16 hours ago