Japan Hands Over A New Health Cetner In Udayapur

Japan Hands Over A New Health Cetner In Udayapur 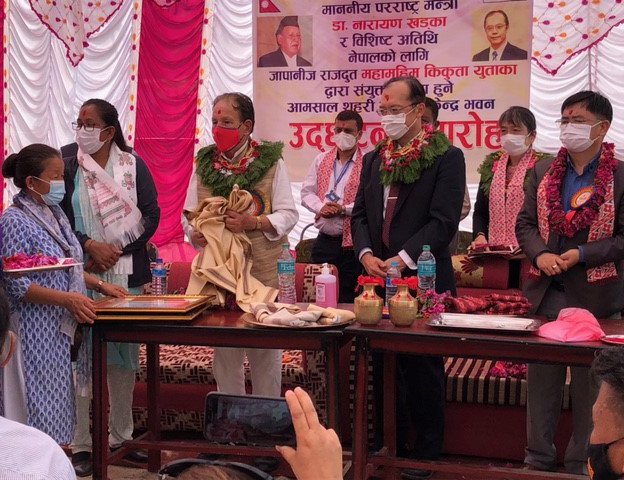 The Government of Japan handed over a newly-built health center to the Female Awareness Campaign Team Nepal in Udayapur district today. Along with H.E. Ambassador of Japan to Nepal, Kikuta Yutaka, the Minister for Foreign Affairs, Dr. Narayan Khadka, attended the ceremony.

The new building has been built with the support of USD 67,944 under the Grant Assistance for Grassroots Human Security Projects (GGP) of the Japanese Government.

On the occasion, Ambassador Kikuta congratulated everyone involved in the project. He also appreciated the efforts of all who worked together with the Embassy to complete the project and hoped that the health center would become a community asset and serve the local people. This project stands as another shining example of friendship in the year of 120 anniversary of the first dispatch of Nepali students to Japan, he added.

This health center is an essential medical service center in the area. Previously, the health post was administrated in a rented residential house, which did not have enough space and facilities to provide appropriate medical services. Therefore, a new facility had to be constructed to ensure continuity of health care. 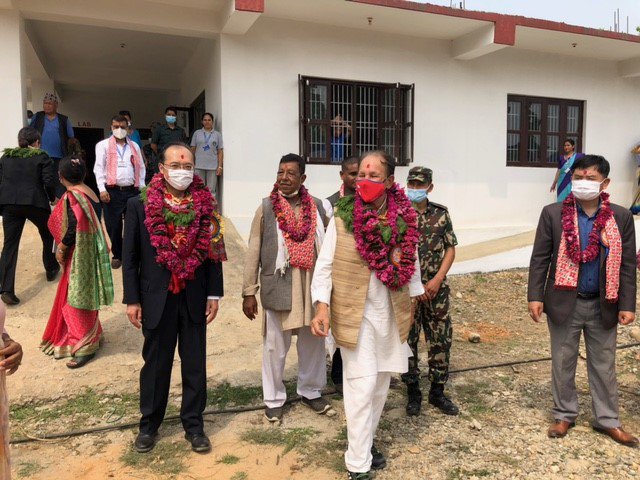 The Embassy of Japan believes the new facility will contribute towards assisting doctors and nurses to provide more effective and appropriate medical services as they will now be able to treat more people in a safe and hygienic environment. The Embassy also believes that the support will contribute towards further enhancing the friendship between the peoples of Japan and Nepal.

GGP was established to implement projects directly benefiting the people at the grassroots level for the socio-economic development of the community. Since 1991, over 200 GGP projects have been implemented in Nepal.

Supporting Nepal Is A Priority For The US: USAID Administrator Samantha Power By Agencies 1 hour, 14 minutes ago