Sharing same cultural, religious and geographical lines with common civilization, Nepal and India have unique factors on their bilateral relations. For centuries, these strong connections of mind and thought have helped to foster bilateral relations without a dispute. Making a last leg of visit to Benaras, a constituency of Prime Minister Narendra Modi and worshiping Bishwonath before coming to the country of Pashupatinath, Prime Minister Sher Bahadur Deuba’s visit was able to restore heart to heart relations between the two countries 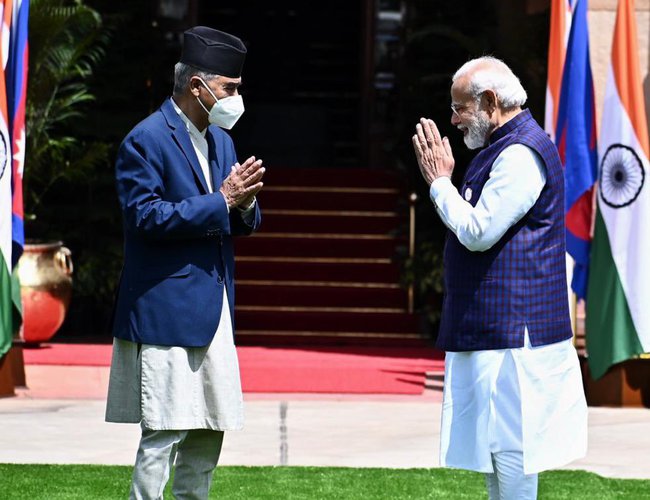 The course of Nepal and India's bilateral relations has always been decided by its own destiny. For the sake of personal political gains, the relations used to be shaken from time to time and they have taken twists and turns. What has not changed are the core values of the two countries.

For decades, prime minister Sher Bahadur Deuba, concluding his visit by worshiping Bishwonath in Benaras has given an enormous indication of the connections of minds between the two countries.

As a constituency of prime minister Narendra Modi and a state ruled by BJP leader Adityanath, a devotee of Guru Gorakhnath, Benaras has its own importance in Indian politics and civilization. From Kings to modern Nepali political leaders, Kasi gave shelter and intellectual minds.

From the time immoral Gorkhanath remains a guardian deity of Nepal. Even after the declaration of the republic, his name is still printed in Nepalese currencies. Whoever set the visit, PM Deuba also connected two civilizations.

Deuba, back after the ‘successful’ trip, says it will consolidate the India bond. 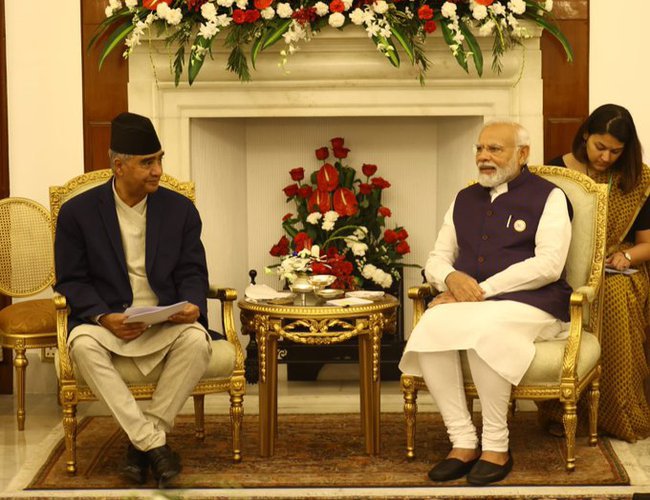 Along with all civilizational parts, Prime Minister Deuba also handled his diplomatic and bilateral ties well.

Despite some criticism for his visit to BJP headquarter, the handling of PM Deuba’s visit was quite smooth and diplomatic. From his dress to body language and meeting to media, PM Deuba proved more mature and perfect.

Unlike speaking off and cuff, Deuba read the written statement not deviating anywhere. This showed the visit was well handled and well prepared. 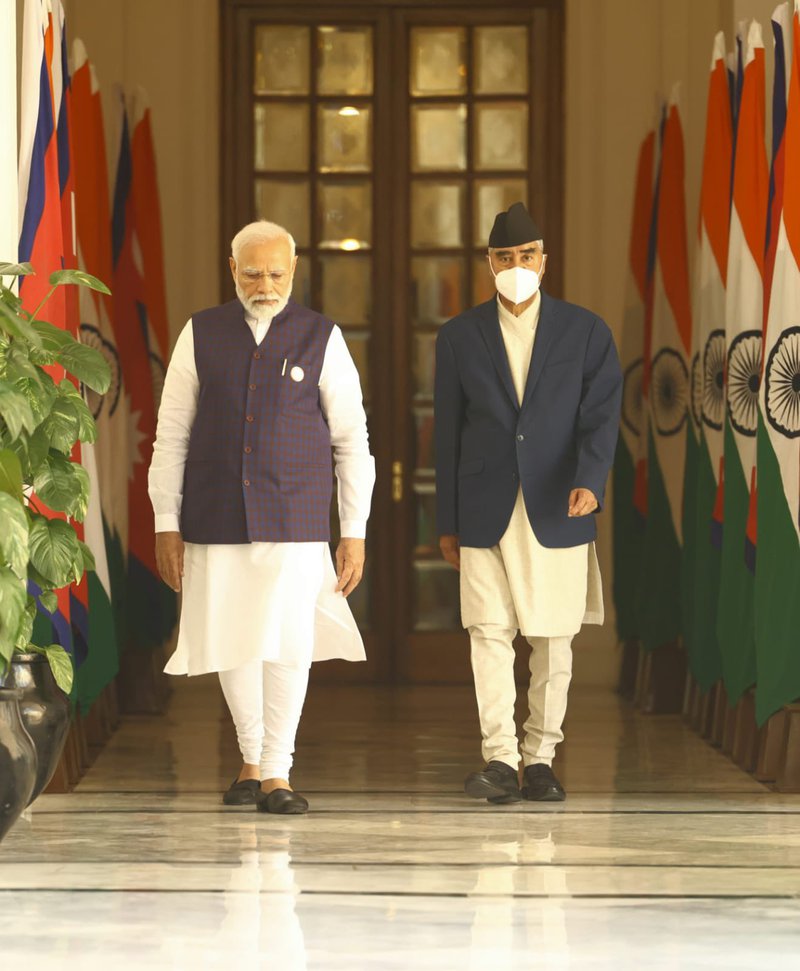 Prime Minister Deuba returned home after a three-day official visit — one of the shortest by any Nepal PM — to India and asserted that the trip had been very successful, and would help to consolidate the Nepal-India bond.

Of the nearly 50 hours of the visit — including travel times from Kathmandu to New Delhi, and from there to Benaras and back to Kathmandu — however, Deuba spent only about two and a half hours in meetings to discuss bilateral issues.

Although he spent less than two and half hours in the official meetings to discuss bilateral issues, he scored a good mark not allowing critics in Nepal to raise their fingers.

He had lunch with PM Narendra Modi and high-level officials from both sides and called on External Affairs Minister S Jaishankar soon after landing in New Delhi.

During the visit, the two Prime Ministers remotely flagged off the railway service between Jainagar in Bihar and Kurtha in Janakpur (Nepal), released a joint vision statement on harnessing Nepal’s rich water resources for “mutual benefit”, and discussed the “border dispute” between the two countries.

Deuba spent time mostly in Benaras as a pilgrim with his wife Arzu by his side. They had an elaborate puja at the Kashi Vishwanath temple, where the visiting dignitaries were received by Uttar Pradesh Chief Minister Yogi Adityanath.

"As the mahant of the Gorakhnath Peeth in Gorakhpur; Yogi has a large following in Nepal. Guru Gorakhnath was recognized as the presiding deity of Nepal and of the Shah kings until it was declared a “secular” country in 2006 and a republic in 2018," writes Yubaraj Ghimire in The Indian Express.

“Nepal’s relationship with India is multi-faceted, and spirituality is one of its aspects,” Foreign Minister Narayan Khadka, who accompanied Prime Minister Deuba, said. Yogi hosted lunch for Deuba, had two rounds of talks with him, and promised to help build a Dharamshala for Nepali pilgrims and elderly Nepalis living in Benaras."

The focus of the meeting between the two prime ministers was on developmental cooperation, including a joint vision statement for power cooperation that envisages joint development of projects and transmission infrastructure.

For a long Nepal has been seeking the Indian market for the export of electricity generated in Nepal. This time Prime Minister Deuba was able to convince India. 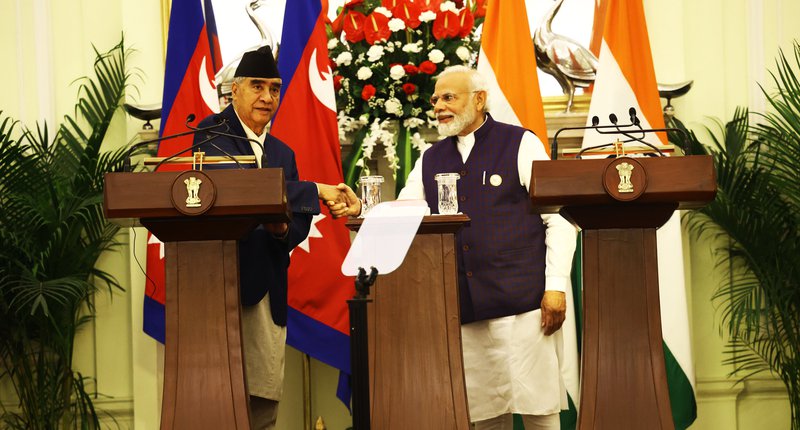 India has paved the way for electricity trade from Nepal, rising above the framework of the South Asian Association for Regional Cooperation (SAARC) and the declaration of the Bay of Bengal Initiative for Multi-Sectoral Technical and Economic Cooperation (BIMSTEC).

Although Nepal has been making efforts for a long time for selling the surplus electricity produced during the monsoon in the regional market, it had not been successful. Nepal's goal of exporting electricity will see light with both Nepal and India issuing the 'India-Nepal Common Vision' on energy development during Prime Minister's visit to the southern neighbor.

Through the vision, both countries have agreed to increase mutual cooperation in the energy sector. With this, Nepal's aspiration of entering the regional power market will turn into reality. The Prime Ministers of both countries have described the Common Vision as the biggest achievement so far in the energy sector. It is believed that this will pave the way for exporting surplus electricity to India and Bangladesh.

Following the latest agreement with India, Nepal has ensured the market for electricity in India and up to Bangladesh. It may be noted that during Prime Minister Sher Bahadur Deuba's visit to India, the Indian Prime Minister publicly pledged to purchase electricity from Nepal.

On the occasion, Minister for Energy, Water Resources and Irrigation Pampha Bhusal and her Indian counterpart Raj Kumar Singh talked about the development of energy in Nepal during a sideline meeting. Nepal exported 39 megawatts of electricity to India from two projects in Nuwakot five months ago. The projects were constructed with Indian grants.

In lack of the market, approximately Rs 5 billion worth of electricity was wasted, according to the Nepal Electricity Authority. 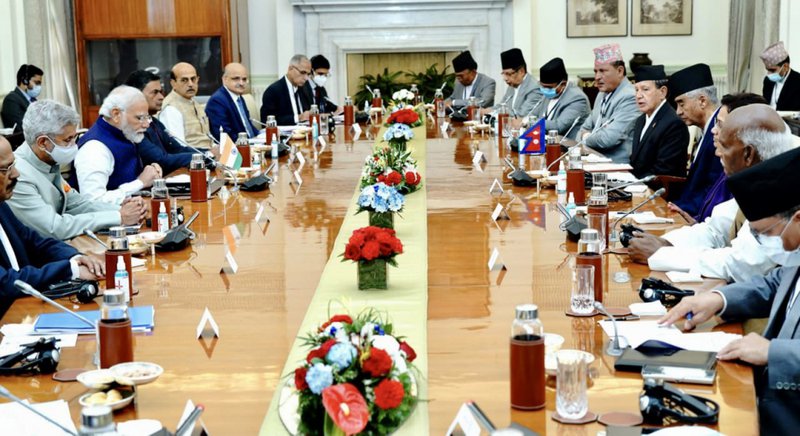 The Indian side made it clear both countries need to address the boundary issue through dialogue and to avoid the politicization of such issues.

The Indian side also handed over the Solu Corridor, a 90-km, 132 kV power transmission line built at a cost of ₹200 crores under an Indian line of credit. The line will help bring electricity to several remote districts in northeastern Nepal by connecting them to the country’s national grid.

Modi and Deuba also launched India’s RuPay card in Nepal. The domestic variant of the RuPay card will now work at 1,400 point-of-sale machines in Nepal, and the move is expected to facilitate bilateral tourist flows. Nepal is the fourth country, after Bhutan, Singapore and the UAE, where RuPay lives.

Nepal signed a framework agreement to join the India-led International Solar Alliance, and the two sides signed three more pacts – a memorandum of understanding (MoU) on enhancing technical cooperation in the railway sector, and two agreements between Indian Oil Corporation and Nepal Oil Corporation for the supply of petroleum products for five years and for sharing of technical expertise.

The joint vision statement on power cooperation committed the two sides to work for joint development of power generation projects in Nepal, development of cross-border transmission infrastructure, bi-directional power trade based on market demand and coordinated operation of national grids. Nepal invited Indian firms to invest in the development, construction and operation of renewable and hydropower projects.

Addressing a joint media interaction with Modi, Deuba brought up the boundary issue, which had become a major irritant in bilateral ties under his predecessor, KP Sharma Oli.

“We discussed the boundary issue and I urged Modiji to resolve [it] through the establishment of a bilateral mechanism,” he said.

Deuba noted that Nepal’s relations with India are “highly important” and said his country is “eager to benefit from India’s progress through a mutually beneficial economic partnership”. He sought the enhancement of cooperation in civil aviation, including additional air routes, and the early delivery of 150,000 tonnes of chemical fertilizers by India.

Indian PM Modi said India has been a “firm partner in the journey of peace, progress and development of Nepal and will always remain so”. 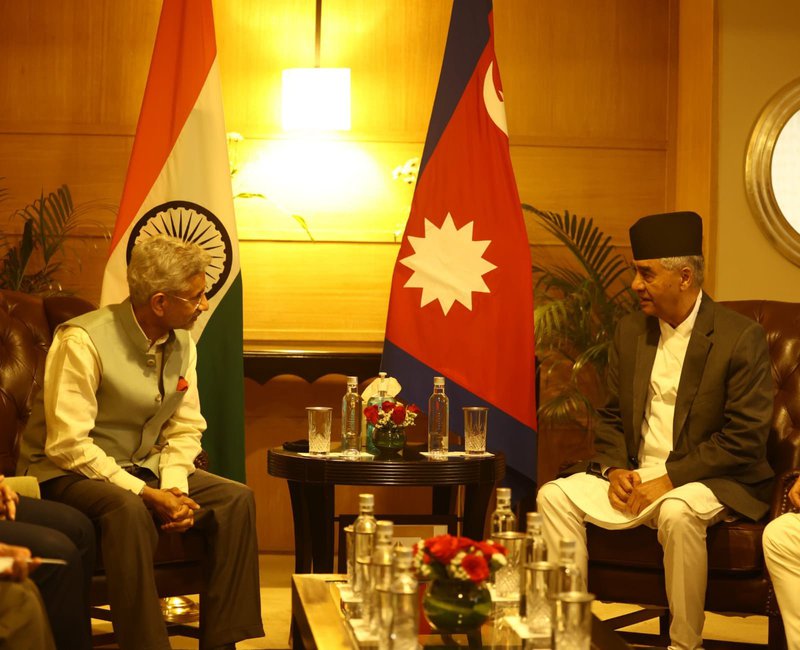 He said both leaders had agreed to give priority to trade and connectivity initiatives and also discussed the misuse of open borders. “We stressed on maintaining close cooperation between our defense and security institutions,” he added.

Foreign secretary Harsh Shringla said the boundary and security issues were briefly discussed by the two sides. “There was a general understanding that both sides needed to address this in a responsible manner through discussion and dialogue in the spirit of our close and friendly relations, and that politicization of such issues needs to be avoided,” he told a media briefing after the talks.

As with all neighbors, there were some outstanding issues on the table between India and Nepal, and “what is important between close and friendly neighbors is that you have the ability to...discuss and sort out these issues in a manner that is satisfactory to both sides,” Shringla said.

"Deuba's first trip to India since becoming prime minister in July comes a week after a visit by Chinese Foreign Minister Wang Yi to Nepal. Nepal, a natural buffer between India and China, traditionally balances its ties with Beijing and New Delhi as both seek to woo it by pouring in aid and investment for infrastructure," writes International media.

Both countries agreed to speed up the Pancheswar hydroelectric project on their border in west Nepal, which Modi said would be a "game-changer" for the development of the region.

"The friendship between India and Nepal and mutual relationship between our people ... cannot be found anywhere in the world," Modi told a news briefing after the meeting. "Threads of our civilization, culture and mutual exchanges have been linked since ancient times."

Deuba said Nepal's ties with India were "highly important" and Kathmandu was "eager to benefit from India's progress through a mutually beneficial economic partnership."

Nepal agreed to use the Indian RuPay card which would strengthen "financial connectivity," and promote Indian tourist flows, India said in a statement. 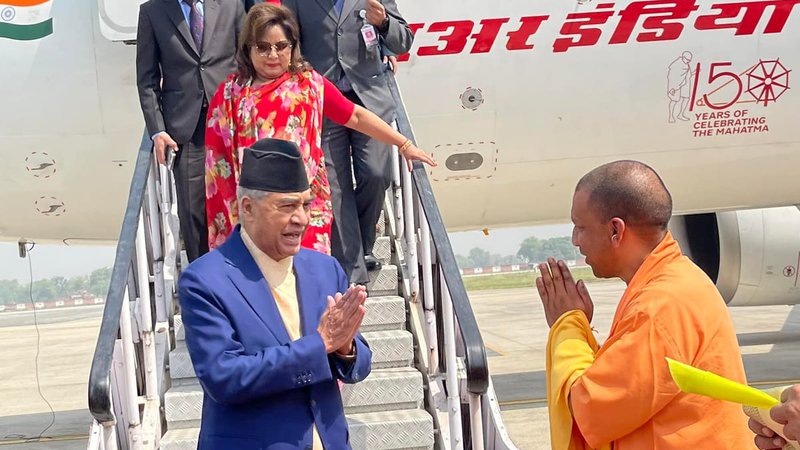 Both sides also signed agreements that include cooperation in railways and sharing technical expertise between the Indian Oil Corporation (IOC) and Nepal Oil Corporation.

Analysts said the visit would help further promote the multi-faceted relations between India and Nepal.

"The visit is taking place after four years and will help increase trust and understanding between the two countries," Dinesh Bhattarai, a Nepali former ambassador to Geneva.

PM Deuba’s visit to India showed that Nepal and India have many commonalities and connectivity to connect rather than the issues of disputes. After paying a visit after almost a year, PM Deuba is successful to revive the good relations at state to the state level.