As the local elections are less than one and half months away, concerned stakeholders have started to ask about transparency in the expenditure of political parties 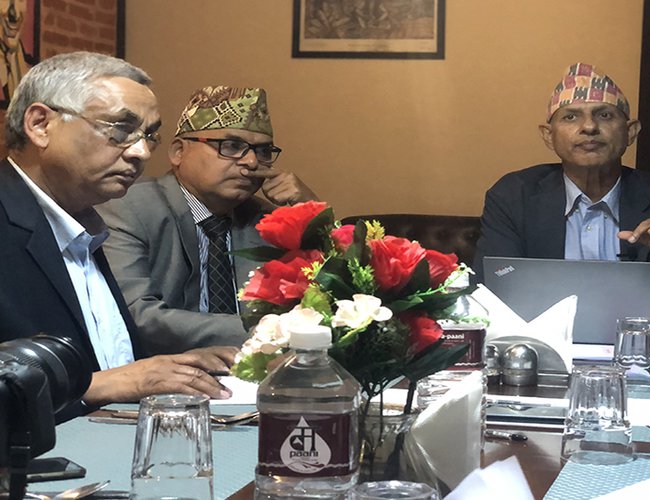 “Forthcoming local elections slated for May 13 will be different in every aspect. We have already announced numbers of step to make political parties and candidates transparent and accountable in spending money in the elections. Similarly, we also fix criteria not to allow any person to contest the elections having transaction with local levels,” said Dinesh Kumar Thapaliya, Chief Elections Commissioner. “There will be no mass feast and parties and other such activities aiming to influence the elections.”

What Chief Election Commissioner Thapaliya said is true. However, it will be different in reality. At a time when there is no strong monitoring mechanism and legal provisions, making whole elections process accountable and transparent is no more than a dream.

Chief Election Commissioner Thapaliya is not the first commissioner to issue such a statement. His predecessors also harped on similar rhetoric just before the elections.

As long as political parties and their leaders choose money over candidates and ignore the code of conduct for the mere win of the elections, nothing can change in the present election pattern,

As the local level elections are approaching closer with the process of candidates selection beginning, there are growing concerns on how to prevent excessive use of money and muscle power and make political parties and candidates accountable and transparent in their use of election funding.

Despite fixing threshold for the expenditure in the coming local elections by the Elections Commission, stakeholders are yet to have reasons to assure that political parties and candidates follow the election commission’s directions completely.

With no strict regulatory mechanism in place, the cost of contesting the elections has gone up many folds and it is impossible for the common party workers to contest the elections.

With the enormous constitutional power and annual budget, everyone aspires to run the local level elections. However, not all have good motives. In the last local elections, more than half elected local representatives were petty contractors and middle level contractors. Thus, almost all local level leaders spent huge amount of money to purchase excavators and construction of roads. 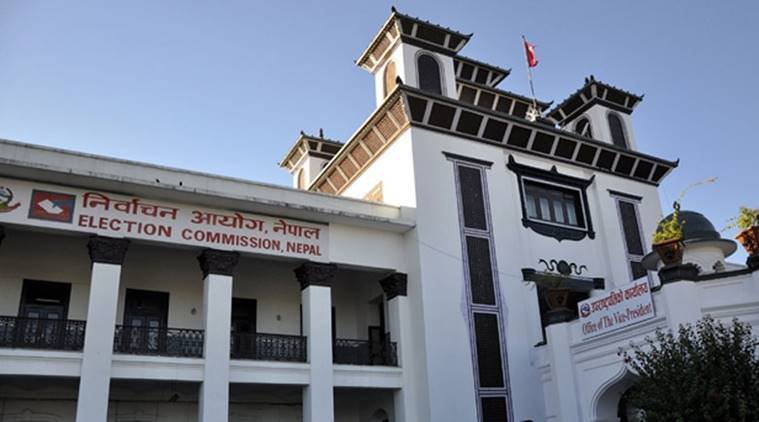 The annual reports published by the Commission of Investigation of Abuse of Authority and Auditor General showed the alarming level of corruption and violation of financial rules and regulations.

Going through the past experiences, the Elections Commission has already announced numbers of initiatives to bar contractors from contesting the elections and fixing the threshold for the expenditure for the candidates contesting the local polls.

According to the Constitution of Nepal, Elections Commission is the sole body responsible to regulate and monitor the political parties. Fulfilling its role, Elections Commission has already announced the code of conduct, mandatory showing of the expenditure for each candidate of local level.

Prepared for the Niti Foundation on the theme the Role of Elections Commission in Monitoring and Regulating the Political Parties, former law secretary and law minister Madhav Poudel has expressed his views that the current practices, laws, regulations and code of conduct are not enough to bring the candidate within threshold. He calls for effective monitoring role of elections and other concerned.

At a time when the Elections Commission has been performing role as ritual announcing code of conduct and regulations, former law secretary’s argument is valid.

Since last few decades, there are growing concerns over excessive use of money by the candidate at local level, Provincial level, House of Representatives and National Assembly. Experts like Madhav Poudel are worried that the unlimited spending by the candidates will intensify the level of political corruption.

He also suggested to create election funds aiming at elections campaign. Poudel suggested to use the check in the transaction of over Rs.25000.00. He also said that political parties should discard the donation given by unknown donors. Paudel suggested that the commission should appoint regulatory officials to monitor the expense of candidates.

Constitutional Expert Dr. Bipin Adhikari suggested that even donors need to follow the banking system. He gave an example of how political parties and candidates spend money to host feast to influence the voters in elections campaign.

“Media should not publish news items aiming to help political parties,” said Adhikari. He said that news is manufactured to support candidates and political parties. Dr. Adhikari suggested to discourage the propaganda news created to influence the voters.

As Poudel and constitutional expert Adhikari, common Nepali citizens are also arguing for the need to control the excessive spending in the elections. At a time when political parties do not care about party ideology and elections agenda, candidates with money and muscle power have more opportunities to elections.

Media and common voters have one voice and one argument that quality and agenda of the candidate and ideological strength of the candidate contesting the elections matter. Questions of elections accountability and transparency are media’s topic and issues for academic discussions. The current situation is that the candidate without adequate financial resources cannot compete for the elections. 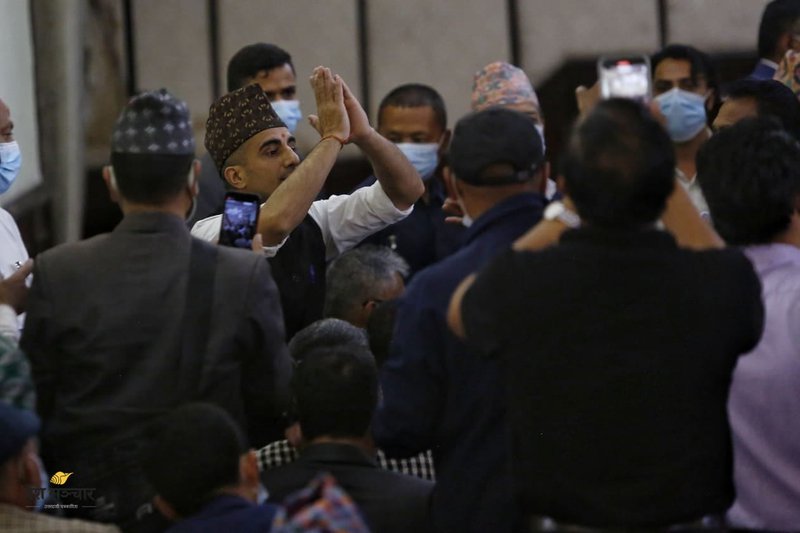 As Elections Commission is preparing for elections in war footing announcing elections code of conducts, political parties are focusing on elections centric programs and entering their constituencies to woo voters.

So far as the issues of elections funding, expenditure of candidate, transparency and accountability are concerned, the stake holders hold different views. Political parties have already expressed displeasure over the current spending ceiling fixed by the commission. Some parties criticize the amount fixed by the commission as inadequate.

Formally, political parties prepared paper works limiting on legal limits. However, the candidates spend more money collected through the back door. It is reported in local media that a candidate needs to spend up to 50 million to win the election of chairperson of Rural Municipality.

“There have been public reactions that the candidates spend ten times more money than the ceiling fixed by the elections commission,” said Poudel. We have been listening to this kind of comment since last many years.”

He said that the excessive expenditure in the elections is threat to democracy and rule of law. “This will also affect the governance at local level. Former minister Poudel also said that the time has come to fix the donations amount stressing to introduce the law forcing political parties to revel the name of donors. If Commission can force political parties and candidate to spend the amount fixed by it through banking system, it will be a positive change.”

Every country has its own system and spending ceiling for the candidate. Paudel said that Indian Elections Commission has increased the expenditure limit for the candidate last month compared to 2014 Assembly Elections. In India, a candidate of state assembly can spend up to 4 million Indian rupees and 9.5 million for the Members of Parliament.

Indian media reported that every candidate violates the ceiling fixed by the commission. The cost of elections campaign increases because of food price. In Bangladesh, Elections Commission fixes ceiling up to 2.5 million taka. Hidden funding is major concern in all the countries.

Dr. Adhikari suggested that those who want to donate money to political parties and candidate should use the banking system. He also gave some examples how money is spent to influence the voters. Dr. Adhikari said that democratic system cannot be strengthened without controlling money. Media and voters need to audit expenditure of the candidate and they should be brought under the rule of law.

At a time when Elections Commission has announced the code of conduct for political parties and candidates limiting the number of vehicles in use, some questions have arisen regarding the recent reported news on purchasing1000 vehicles for the Election Commission.

Constitutional expert Dr. Adhikari suggested to see alternative to purchasing new cars. He suggested to rent the existing vehicles available in the private sector arguing that taxis are also used as alternative.

Since the election is going to out of the access of common people, there is the need to create an atmosphere to reject the political parties to end corruption.

Elections Commission Is Aware To Prevent Excessive Use Of Money 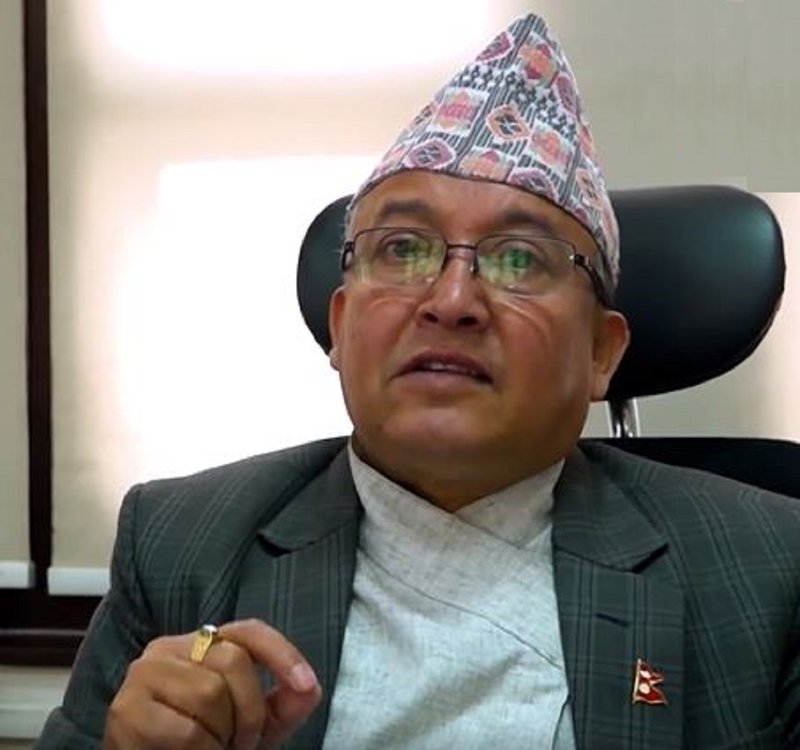 So far as allowing vote for those working in foreign countries and no vote in ballot, the existing election law does not allow election commission to take any decision. We are now in the process of formulating a new law. We will look at that issue. We will include all the issues related to strengthening the elections process.

We have developed the code of conduct after a series of intense discussions. We have collected public opinions through our web-site. When it was in the process, political parties gave us so many points. But, now they are complaining that some code of conduct is irrelevant.

Every One Should Abide By Code Of Conduct

We are also working to reduce the cancellation of ballots. We are printing the ballot looking at the ground reality to make it voters friendly. We all are accountable to the sovereign voters. Thus our actions and deed must be directed to pave voters to vote and select their own representatives.