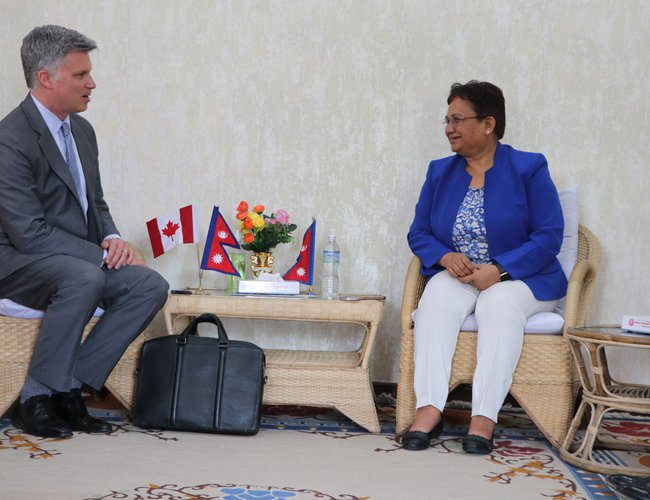 Ambassador of Canada to Nepal, Cameron Dean MacKay paid a courtesy call on Minister for Energy, Water Resources and Irrigation Pampha Bhusal at her office in Singha Durbar today. MacKay is the non-resident ambassador of Canada for Nepal. 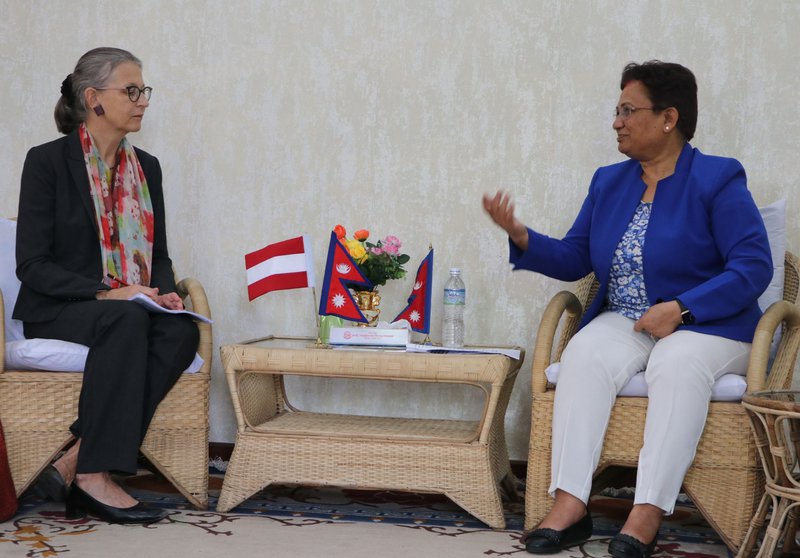 During the meeting that took place at the Ministry in Singha Durbar, Minister Bhusal and the Austrian ambassador exchanged views on various matters including mutual relations and cooperation between the two countries.

The Minister thanked the government of Austria for providing support for the renovation of the Patan Museum and the garden at Keshar Mahal. She recalled Austria's cooperation in the conservation of the environment and cultural heritage and the development of water supply projects and tourism.

Minister for Energy, Water Resources and Irrigation Bhusal also stressed the need for further cooperation between the two countries on climate change risk reduction. She expressed confidence that the Austrian government will support Nepal in meeting the sustainable development goals by 2030.

Energy Secretary Devendra Karki and Ministry of Foreign Affairs officials were present at the meeting. Nepal and Austria established diplomatic relations in 1959.