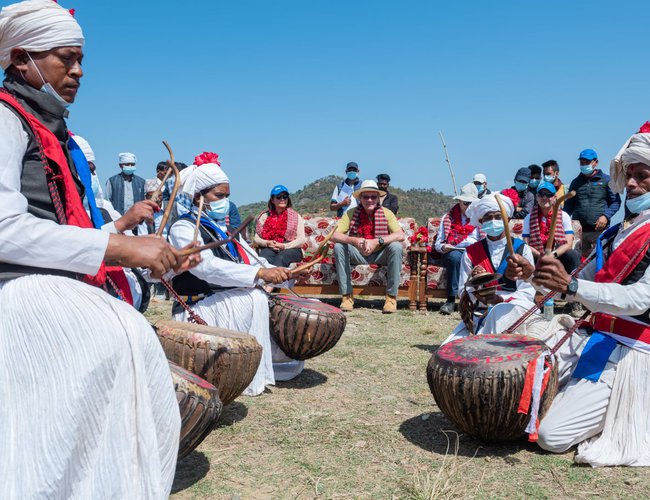 Every ambassador wishes to see the state of the project run under their support and cooperation. To visit the project sites and hold interactions with people, ambassadors need to travel to bumpy and difficult terrains.

Although diplomats have to pass bumpy and dirty roads to reach the project sites, once they reach there, they see the unbelievable love and affection of the rural people. Diplomats traveling in the Karnali and Lumbini provinces found the same.

European Union and member countries like Germany, France and Finland have invested huge resources to uplift the life of people living in the remote parts of Karnali and Lumbini provinces.

They were happy to see the results of the project activities linked to green economy, green jobs and efforts to bring about sustainable development.

The local leadership – mayor and deputy mayor highlighted that the palika was witnessing a gradual transformation into a green, resilient and inclusive development model—a major learning that comes from the three EU funded projects GRAPES, UTTHAN and WAVE.

The Ambassadors visited ward number 4 and got to observe the production of vegetables and crops with the help of lift irrigation that has brought economic benefits to the local communities.

Ambassador Deprez appreciated the outcomes of the projects and stressed on the need to replicate them in other areas to push ahead with the agenda of green economic recovery. 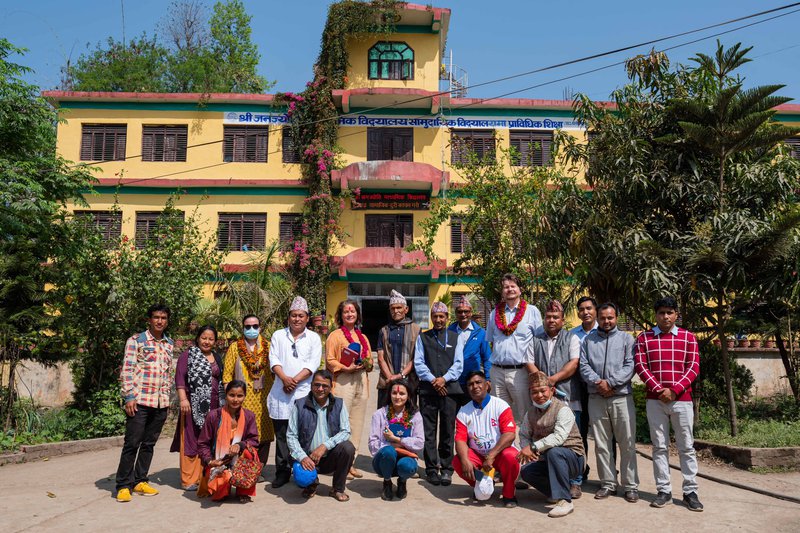 EU Ambassador to Nepal Nona Deprez in her tweet wrote about her meeting sharing the photos. Some of her tweets showed her commitments and dedication to the projects supported by EU.

Along with visiting in Group, ambassador of European Union to Nepal Nona Deprez also visited other projects in Karnali and Lumbini Provinces alone.

“I am awe of the great service provided by the One Stop Crisis Management Centre for victims of gender based violence in Narayan municipality Karnali with the full support of the community psychosocial workers and municipality @UNFPANepal,” tweeted European Ambassador to Nepal Nona Deprez.

We are thankful to their Excellency from EU, Germany, France & Finland for your visit to Karnali Province which includes visit to #VSO led consortium project #PRAYAS interventions.

While in Karnali: best sel roti in Guranse, Dailekh; best meal of the trip in home stay in Barahatal, Surkhet

Visited 'Samman Griha' - Respect house in Nepalgunj funded through Global Fund to combat TB, Malaria and HiV AiDS. The house is run by Western Star- a branch of @BDSNEPAL - the organization for and from LGBTIQ communities With @GerAmbKTM and @FranceInNepal

So great to see progress brought by water thanks to community and municipality engagement in Bhairabi RM, Dailekh with the support of #rvwrmp @finlandinnepal #WorldWaterDay2022

“From me to WE”: bonding and mentoring at 4 days residential leadership workshop for women conflict victims/survivors @thestorykitchen.

Malaysian Home Minister In Nepal By Agencies 2 days, 17 hours ago