Advocate Bishnu Bhusal is attempting Mt. Everest for the cause of climate justice 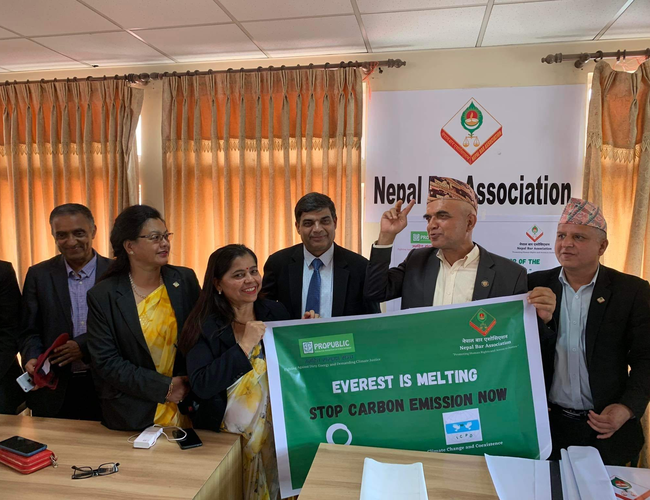 At a time when the black carbon is heating the temperature causing great damage to the snow of Mt Everest, advocate Bishnu Bhusal is climbing Mt. Everest to draw the attention of the global community regarding the need to stop back carbon.

Already left for the base camp, advocate Bhusal, a member of Nepal Bar Association and Pro-Public, has urged the global community to work to reduce black carbon emissions.

In a press conference, he said there is no way other than to put pressure on developed and developing countries to reduce carbon emissions to save Mountain Everest. “My aim is to raise global awareness on carbon emission and its impact on Mt. Everest,” said Bhusal. “Ice is melting and Everest is running.” He is carrying a flag with logo of the Nepal Bar Association. 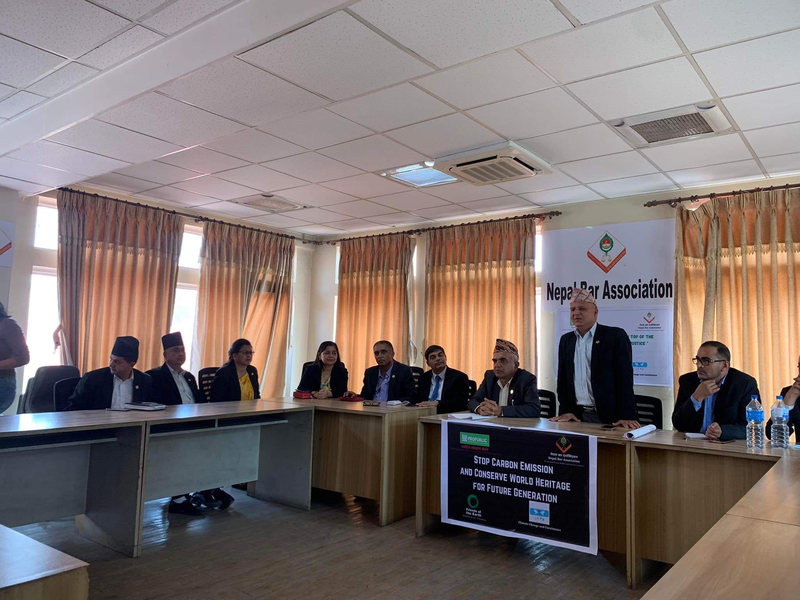 According to the chairperson of Pro-Public and senior advocate Prakash Mani Sharma, this is a historic event for the world to fight against carbon emissions. He said that this will generate the attention of the global community against black carbon. 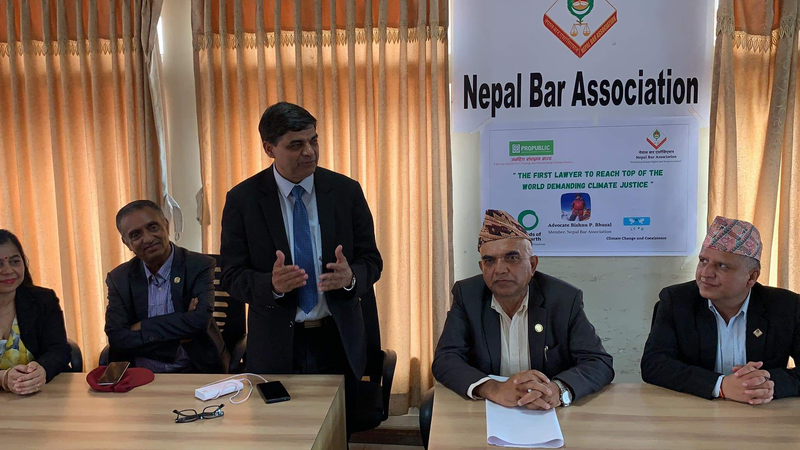 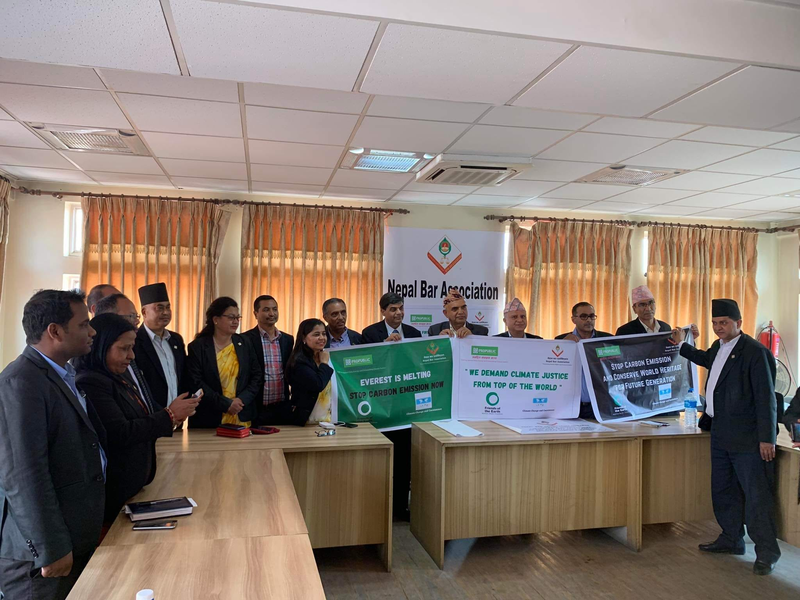 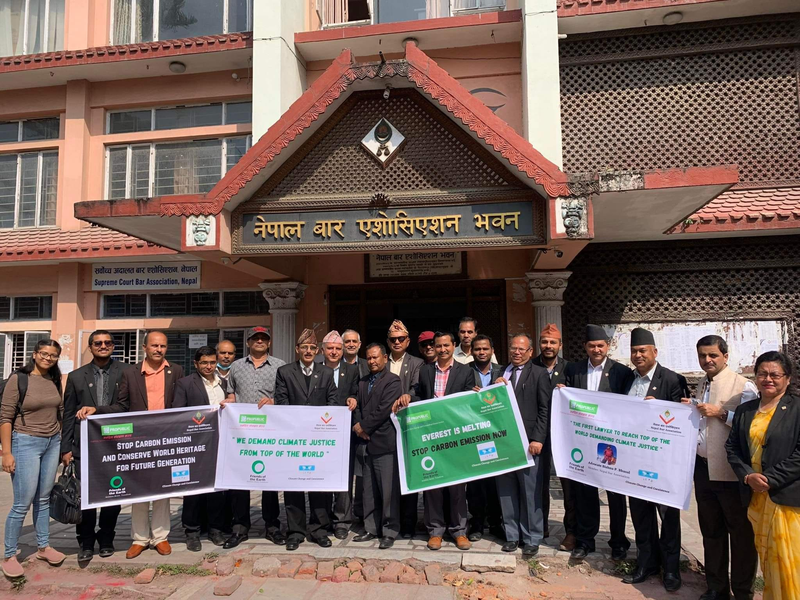 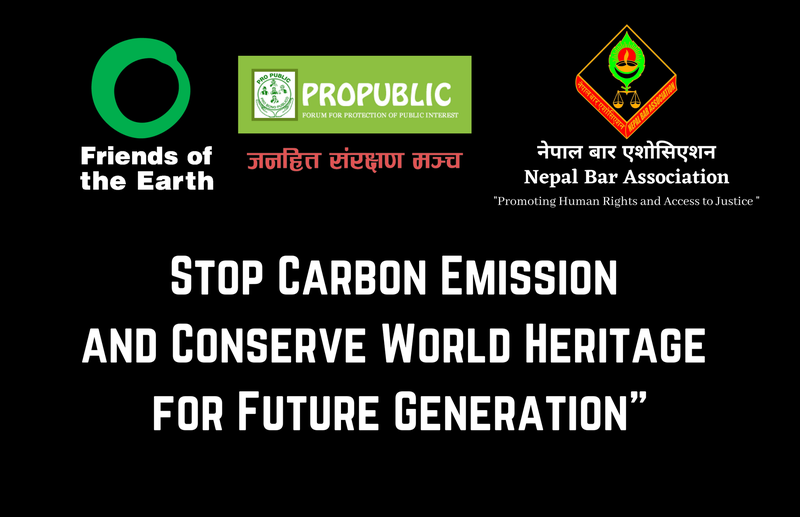