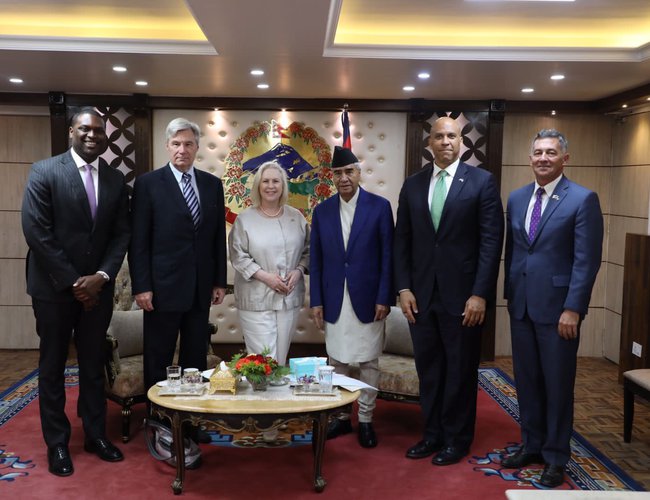 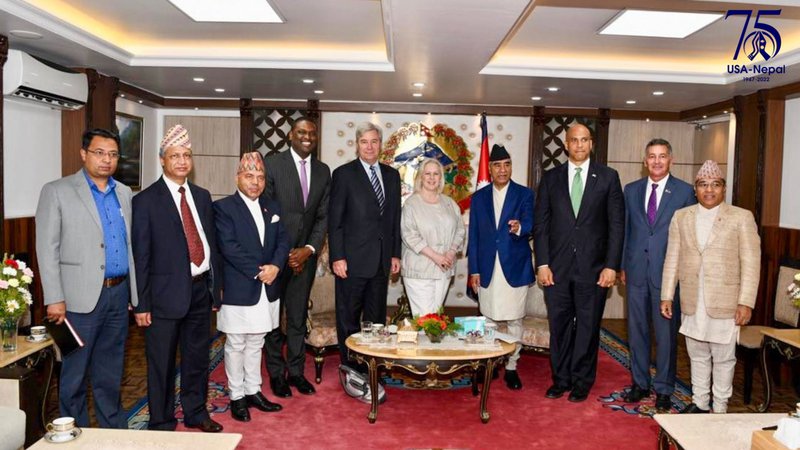 According to a press release issued by the Ministry of Foreign Affairs, Prime Minister thanked the United States Congress for its continued support to Nepal, including during the difficult times of the 2015 earthquakes and the recent COVID-19 pandemic. Both sides underscored the importance of parliamentary interactions for the enrichment of the multidimensional Nepal-US friendship. Views were also exchanged on institutionalizing democracy and cooperation in climate change.

Earlier this morning, the visiting US delegation called on Minister for Foreign Affairs Dr. Narayan Khadka at the latter’s office. Minister Dr. Khadka appreciated the longstanding US cooperation in Nepal’s development endeavors and expressed hope that the visit by the US delegation to Nepal will contribute to further strengthening of the bilateral relations. 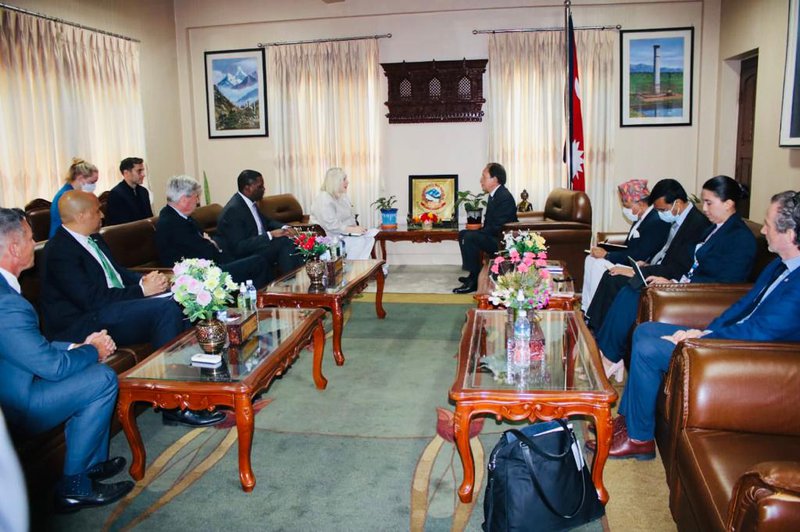 The US congressional delegation reaffirmed the commitment to working closely with Nepal on matters of common interests. The matters related to agriculture and food security as well as Nepal’s role in UN peacekeeping also featured during the conversation.

The Nepal-US Parliamentary Friendship Group in the Federal Parliament of Nepal is scheduled to have an interaction with the visiting US Congressional delegation today. This year marks the 75th anniversary of the establishment of diplomatic relations.

According to U.S. Embassy in Nepal, this week celebrates the 75th anniversary of U.S. – Nepal diplomatic relations. As part of our ongoing bilateral partnership, a United States high-ranking Congressional delegation arrives in Kathmandu today for an official visit.

“This visit is part of a longer trip by the delegation, which has included visiting Poland in order to learn how the U.S. can continue to support Ukraine and NATO allies against Russia’s unprovoked and unwarranted war, and India. Nepal has joined the majority of countries in condemning Russia’s brutal invasion of Ukraine,” notes Embassy’s press release.