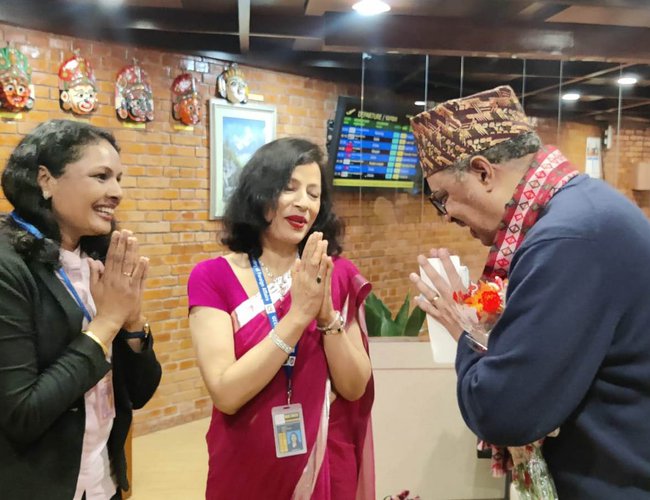 The top leader of the United Nations' Health Agency, WHO, arrived in Nepal last Thursday at the invitation of the Minister for Health and Population Birodh Khatiwada.

Dr Tedros's delegation comprised Dr Poonam Khetrapal, WHO Regional Director for South-East Asia, and other high-ranking WHO officials who have also accompanied him on the Geneva trip.

He also visited a school in Kathmandu Valley which was one of the sites used for inoculating typhoid vaccine to the children. Nepal is the first country in the WHO South-East Asia Region (WHOSEARO) to launch the typhoid vaccination campaign, tweeted Dr Tedros before leaving Nepal.

The visiting WHO high-level delegation was seen off at the Tribhuvan International Airport by Minister Khatiwada and high-ranking officials of the Ministry of Foreign Affairs.